Leon Wieseltier is the literary editor of The New Republic.  If you do not read him regularly you should.  Sometimes Wieseltier will make you angry, but he will always make you think.

In the December 31 issue of the magazine he extolls the virtue of a college education while at the same time attacking the “uncollege” movement.  Led by author Dale J. Stephens, the leaders of this movement are telling promising young high school students to avoid college and pursue lives of entrepreneurship a’ la Jobs, Gates, and Zuckerberg.  Here is a taste of Wieseltier’s column:

THE PRESIDENT IS RIGHT that we should “out-educate” other countries, but he is wrong that we should do so only, or mainly, to “out-compete.” Surely the primary objectives of education are the formation of the self and the formation of the citizen. A political order based on the expression of opinion imposes an intellectual obligation upon the individual, who cannot acquit himself of his democratic duty without an ability to reason, a familiarity with argument, a historical memory. An ignorant citizen is a traitor to an open society. The demagoguery of the media, which is covertly structural when it is not overtly ideological, demands a countervailing force of knowledgeable reflection. (There are certainly too many unemployed young people in America, but not because they have read too many books.) And the schooling of inwardness matters even more in the lives of parents and children, husbands and wives, friends and lovers, where meanings are often ambiguous and interpretations determine fates. The equation of virtue with wealth, of enlightenment with success, is no less repulsive in a t-shirt than in a suit. How much about human existence can be inferred from a start-up? Shakespeare or Undrip: I should have thought that the choice was easy. Entrepreneurship is not a full human education, and living is never just succeeding, and the humanities are always pertinent. In pain or in sorrow, who needs a quant? There are enormities of experience, horrors, crimes, disasters, tragedies, which revive the appetite for wisdom, and for the old sources, however imprecise, of wisdom—a massacre of schoolchildren, for example.

Education for citizenship.  Education for life in a democracy.  Wieseltier is on the mark here.  It reminds me of a column I wrote last March entitled “Education For a Democracy.”  Here is a taste of that piece:

The founders believed that because people were ignorant by nature, and thus incapable of understanding what was best for the common good, education was absolutely essential to the survival of the American republic. This is why Jefferson founded the University of Virginia, the nation’s first public university. This is why George Washington, in his 1796 message to Congress, called for a national university that would teach the arts and sciences.

When the founders talked about education, they did not mean vocational training or apprenticeships. While this type of training was certainly important, they also wanted a citizenry trained in government, ethics (moral philosophy), history, rhetoric, science (natural philosophy), mathematics, logic, and classical languages, for these subjects made people informed and civil participants in a democratic society.

In other words, the founders understood that a liberal education was important to the democratic-republic they were building.

Now I realize that all of this might sound rather elitist. As the product of a working class family, it has always sounded elitist to me. I am the first person in my family to get a four-year degree. I have thus long appreciated and respected those who work with their hands. Our society needs carpenters and history majors, mechanics and sociologists. My brother is a plumber. My other brother is an interior trim contractor. My father was a general contractor and now, in his retirement, he is about to start working at Home Depot. Indeed, Santorum and Obama are right when they say that not everyone should get a four-year college education. In order for our economy to function we need people who are trained in professional schools, vocational schools, community colleges, and apprenticeships.

But is the kind of training necessary for a service-oriented capitalist economy to function the same kind of training necessary for a democracy to flourish? It would seem that the study of history, literature, philosophy, chemistry, politics, anthropology, biology, religion, rhetoric, and economics is essential for producing the kind of informed citizen necessary for a democracy to thrive. Democracy requires what the late Christopher Lasch called “the lost art of argument”—the ability to engage unfamiliar ideas and enter “imaginatively into our opponent’s arguments, if only for the purpose of refuting them.” The liberal arts teach this kind of civil dialogue. The founders knew what they were talking about.

And now for the shameless plug.  I will develop many of these themes in a chapter called “History for a Civil Society” in my forthcoming book Why Study History: Reflecting on the Study of the Past.  It will appear sometime in Fall 2013 with Baker Academic.

Merry Christmas and Happy New Year!  Thanks for reading the Anxious Bench! 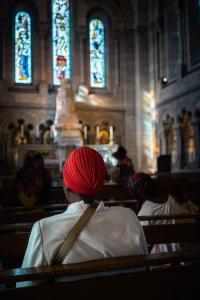