In his magisterial biography of Jonathan Edwards, George Marsden reminds us that there was a time, in the decades after his death, when Jonathan Edwards was more popular in Scotland than in America. Indeed, there was a fleeting moment, after the Northampton church dismissed Edwards in 1750, when Edwards might have moved his family to Scotland. One of his closest Scottish associates, John Erskine, about whom I have written recently, offered to get him a position there, if only he could subscribe to the Westminster Confession of Faith, and the Scots’ Presbyterian form of church government. Edwards replied that he had no problem on either point: there was “no difficulty” in subscribing to the confession, and he thought that “the Presbyterian government of the Church of Scotland is so perfect that it can’t in some respects be mended.”

Edwards did not go to Scotland, though. Instead, he took his family deeper into the Massachusetts frontier, to the Indian mission at Stockbridge. Yet the Scottish connection remained profoundly important, and as substantial as one could imagine in the era of pre-electronic communication. 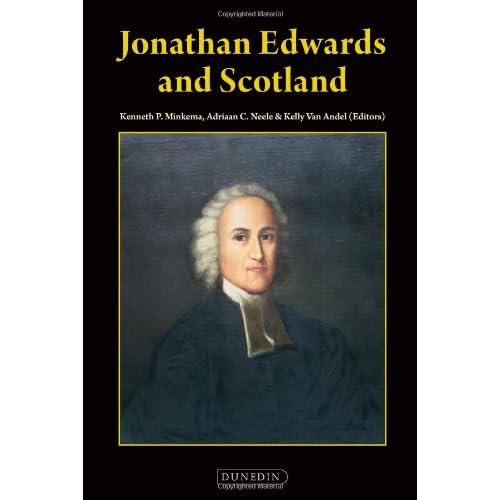 features essays by a range of Edwards experts, from Edwards veterans such as Wilson Kimnach, to promising younger scholars and pastors such as Nicholas Batzig.

In his first extant letter to Erskine, Edwards asked the great disseminator of evangelical texts to inform him “what are the best books that have lately been written in defense of Calvinism.” Edwards came to depend heavily on Erksine for such guidance, and for actual gifts of books, but Kimnach reminds us how tenuous the transatlantic conduit was between Scotland and New England. It relied on paper documents, both books and letters, transported on rickety wooden ships during periods of intermittent war, and depended on the highly irregular mail system between Boston and Northampton. (How much easier, it seems, to use e-mail and Twitter to maintain contacts between Britain and America!) But for Edwards, it was an indispensable lifeline of the mind and spirit.

Batzig makes the case that Edwards’ relationship with John McLaurin of Glasgow may have been his most significant Scottish pastoral connection. They read each other’s works and cited them in their own, helping one another adopt a “theocentric, as well as christocentric, approach to preaching, to the doctrines of grace, and to the fundamentals of experiential Calvinism,” Batzig says. McLaurin was instrumental in encouraging the establishment of Scottish prayer societies, and the early stages of the “concert of prayer,” the simultaneous prayer meetings across the British-American world that Edwards promoted to such effect in 1748’s Humble Attempt. McLaurin was even instrumental in having a portrait made of Edwards — what became the Joseph Badger painting, the only one made in Edwards’ lifetime.

I’m afraid that Dunedin Academic Press sells Jonathan Edwards and Scotland at a price, $120,  that only academic libraries and the most devoted Edwards fans would consider paying. As a side note, these kinds of exorbitant prices will become more and more common for strictly academic books, as publishers plan to sell only to libraries – they have no illusions that they will sell such volumes to individuals. This may seem unfortunate, but it may be that many academic presses can only stay in business if they adopt this model. Let me recommend, then, that if your local college library does not own them, you find some method of borrowing books like this through the wonders of interlibrary loan…and if you are in a position to do so, order Jonathan Edwards and Scotland for your institution’s library.

January 16, 2013 Where Are the Studies of Twentieth-Century Black Evangelicalism?
Recent Comments
2 Comments | Leave a Comment
"Great topic, and a terrific discussion."
philipjenkins Tejano Methodism, Material Culture, and COVID
"The fastest growing religion in Sub-Saharan Africa, Carribean (Haiti, Jamaica, Dominican Republic etc), Central America ..."
Paul Juma Biblical Authority amidst American Christian Division: ..."
"Let us know when your book is on the NYT best seller list."
Enlightened Do Evangelical Churches Have a Catechesis ..."
"It's the habit of historians to use historical examples of practices as proof of the ..."
Leigh Ann It’s A Small, Small (Complementarian) World
Browse Our Archives
get the latest updates from
Anxious Bench
and the Patheos
Evangelical
Channel
POPULAR AT PATHEOS Evangelical
1