Early Christians referred to their movement as The Way, Hodos. No later than the early second century, the converts’ manual that we call the Didache, the Teaching of the Twelve Apostles, began by declaring that “There are two Ways [Hodoi], one of Life and one of Death, and there is a great difference between the two Ways.”

As I have suggested, references to the Way occur throughout the New Testament, particularly in the Gospels and Acts, but even the best English translations tend to pass over these references, usually by using multiple words – path, road, journey, and so on. I showed how extensive, and how subtle, were the uses of Way in Mark’s Gospel. Other writers were just as enthusiastic.

Of the 101 uses of the term in the New Testament, the vast majority – over 80 percent – occur in the gospels and Acts:

As Luke and Acts constitute a two volume series, we note that this one author accounts for forty percent of uses. Occurrences are correspondingly rare in the epistles and Revelation.

I honestly don’t know why we find this imbalance, but it does have interesting implications for the emphases at work in different parts of the New Testament. I’m speculating, but might this reflect the particular function of the gospels/Acts, which were intended as introductory materials for new Christians who needed to be led into the Way, so to speak? Other texts, like the epistles, were intended for consumption by the already instructed. Or maybe the gospels/Acts were intended for more public reading, and that was a message the authors wanted to present to a general public?

Or might it mean that the term “the Way” enjoyed a vogue in particular times and places, which is where and when the gospels/Acts were written? It is interesting that Paul seems to know or care so little about the term. Might we suggest that “Way”-talk was not common in Jesus movement circles in the 40s-50s, but became popular and indeed standard from the 60s onwards, for whatever reason? As I say, I put no great weight on Paul’s silence, but it’s a thought.

Partly, we owe “Way”-talk to Mark himself, who used the concept repeatedly. That also meant that uses proliferated in Matthew and Luke, who incorporated most of Mark’s text.

But beyond using Mark, both added their own meanings. Matthew quotes Jesus as warning his listeners that “the gate is wide and the way [hodos] is easy that leads to destruction… for the gate is narrow and the road [hodos] is hard that leads to life.” This is exactly the parallel of dual ways that we have already seen in the Didache. 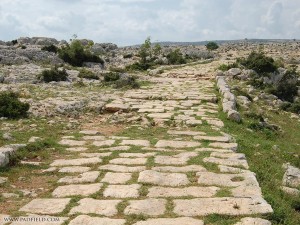 Luke also deployed the term extensively, to a degree that is only apparent when read in Greek. The Journey to Emmaus (Luke 24) offers a telling example. Jesus meets two people along the road, but they do not recognize him until they break bread together. The text actually says that they had already suspected something as they traveled with him, “while he was talking with us along the road [hodos], as he was opening the scriptures to us.” Put another way, believers know Jesus through belonging to his movement, as they travel his Way.

Sometimes, we really don’t know whether Luke meant the word solely as “road” in an uncomplicated literal sense, or if we are meant to have other implications in our minds. In the story of the Good Samaritan, for instance, we hear of the priest passing him by. The text actually reports that “a priest was going down that road [hodos] and when he saw him he passed by on the other side.” Is the reader meant to think that the priest was going down the wrong Way, rather than the one Jesus was advocating?

Way-talk reaches its culmination in Acts, where Luke plays repeatedly with the idea. In Acts 9, Saul/Paul travels to Damascus to seek out and arrest those of the Way, Jesus-followers. Blinded by his vision, he is healed in Damascus by a Christian who tells him of Lord Jesus, “who appeared to you on your way [hodos] here.” In Jerusalem, Barnabas tells the apostles how Saul had been converted along the way. We usually talk of the Road to Damascus, but it’s better to refer to it as a way. Paul began on the wrong way, but found the right one.

The word, and the implications, recur frequently. Later in his career, Paul faced trouble in Ephesus, where “no small difficulty had broken out concerning the Way.” In Jerusalem, the Jews plot to kill him “along the way.” Possibly the passage just states where they plan the ambush, but perhaps there is an additional level of meaning: they plan to kill him as he pursues his mission.

Sometimes roads are just roads; other times, they are not. 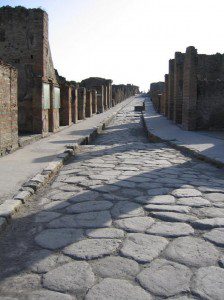 March 22, 2014
An Interview with Andrew O'Shaughnessy, Author of The Men Who Lost America
Next Post

March 25, 2014 Yes, Religious Liberty is Threatened in America
Recent Comments
2 Comments | Leave a Comment
"Is that why you demand the right to make women slaves? Because of your own ..."
KDNDLKJ Why Do White Christians Find It ..."
"Good point. Persecution can have some surprising effects!"
philipjenkins Of Empires, Faiths, and Unintended Consequences
"Thank you for your contributions to this important debate and for your book J&JW. We've ..."
Stephanos73 A Farewell Post
"Maybe LDS, the Mormons would fit a new denomination, unfavored by the government? Though, I ..."
Daniel Wilcox Of Empires, Faiths, and Unintended Consequences
Browse Our Archives
get the latest updates from
Anxious Bench
and the Patheos
Evangelical
Channel
POPULAR AT PATHEOS Evangelical
1