I recently asked “Where have all the cultists gone?” – that is, why do we no longer have cult panics like we have had so frequently throughout US history, but so floridly and sensationally in the 1970s and 1980s. I suggested that small controversial groups might be less likely to be formed and grow in our more secular society, but let me offer two alternative explanations, or rather to other forces that might be at work over and above that.

I begin with the idea of pre-emption. Imagine a small group c.1970, under a charismatic leader whose followers regard him as near-divine, and who can almost literally get away with murder (and sometimes even murder). That especially means free sexual relationships with women of the group, and often with younger girls, even children. That was a common enough pattern at the time. Once that behavior started, it could become institutionalized, and could run for years before facing any official intervention. 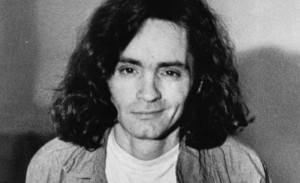 At that time, sexual abuse and harassment were just not regarded with anything like the gravity that they are today. Nor were there official frameworks in place to challenge and prevent such behavior.

Now, fast forward to the present century, when attitudes to sexual exploitation have changed so radically. If a small group begins a career of abuse, it is highly likely that this would at an early stage provoke intervention by Child Protective Services, police, and/or other agencies. In other words, groups would not get far in their potential career of deviance before being nipped in the bud. They would not have a chance to run out of control in the same way as the People’s Temple or some of the grotesque cults of that earlier era. 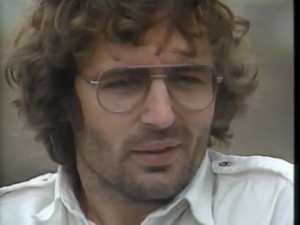 You can’t get away with that sort of thing any more.

Let me draw an analogy with serial murder, not that I necessarily equate those extreme offenders with cult leaders. In both cases, though, the outrageous behavior results as much from social opportunities and the functioning of official agencies as from individual psychopathology.

There’s a massive literature out there on why people become serial murders, on what factors in their genes or their upbringing drive them to kill repeatedly. Missing from such accounts though is the most basic question of all, which is how you get away with more than one murder, so that you can kill again.

Let me illustrate this by choosing two hypothetical individuals, whom I will call Dave and Fred. Both are equally disturbed and potentially violent, both suffered hellish abuse during childhood. They differ, though, in the targets they choose for their violent urges. Dave directs his violence against street prostitutes, and kills several before police agencies take serious note of the bodies turning up in their neighborhoods. After he has killed ten women, police begin a major response, and ultimately catch him. Dave thus becomes a notorious serial killer, the subject of true crime books and television documentaries. Perhaps the media even give him a threatening nickname.

Fred, in contrast, directs his violence against police officers. After he kills one, law enforcement agencies immediately track him down and arrest him. While he is a notorious violent offender, a cop-killer, he never found the opportunity to acquire the status of a  “serial” offender. Because his behavior was considered egregious enough to set off alarms immediately, he was stopped.

I apply the same principle to “cult leaders.” It is not that modern society does not throw up disturbed or sexually exploitative individuals like Jim Jones and Charles Manson, but that their deviant careers are much more likely to be pre-empted before they reach the stage of extreme violence or abuse. They were able to do what they did in the context of the late 1960s and early 1970s because of the extreme “hands-off” nature of public policies in terms of sexual exploitation in that era.

Serial crime and violence of any sort depends on three factors: opportunity, opportunity and opportunity.

I also wonder whether traditional public fears about cults have been targeted against other more mainstream – or at least familiar – organizations.

The old-established rhetoric against cults, dating back at least into the early nineteenth century, suggested that religious hypocrites used their charisma to molest women and children, and to escape detection and punishment. Also, these same fanatics were prone to extreme violence against their enemies. Just think of the nineteenth century rhetoric directed against Mormons.

Now think of the present century. Since 2002, virtually all those older fears and concerns about sexual exploitation have become strictly focused on the Roman Catholic Church, as a consequence of the abuse scandals that have convulsed that community.

Since 2001, meanwhile, the old rhetoric about mindless religious fanatics has become firmly associated with radical Islam. From that perspective, we might see Osama bin Laden as the culmination of all American nightmares about evil cult leaders.

When you have such potent mainstream images, who needs to fear cults any more?

On reflection about my earlier post, I suppose the other “cult horror story” in recent years was the 2009 incident in which a woman died in a sweat lodge run by a “Spiritual Warrior” seminar in Sedona. Still, that was an isolated event, which certainly did not set off any kind of hue and cry after fringe religions generally.

I should just add that Dallas’s D Magazine has just reprinted an excellent case study of a classic 1970s cult, in “The Rise and Fall of a North Dallas Cult.”

Evangelical
The Radio Right and the Religious Right
Anxious Bench