THE BREAKING OF IMAGES

In a recent Times Literary Supplement, David Motadel reviewed James Noyes’s 2013 book The Politics of Iconoclasm: Religion, Violence and the Culture of Image-Breaking in Christianity and Islam. The review, and the associated scholarship, raises important questions about how we conceive of the Reformation, how we teach it, and, significantly, how we will commemorate the 500th anniversary of the event in 2017. 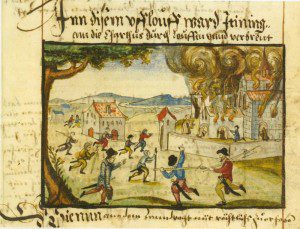 “The prototype of all modern forms of iconoclasm [Noyes] found in Calvin’s Geneva and Ibn Abd al-Wahhab’s Mecca. Sixteenth-century Geneva witnessed one of the most devastating waves of religious image-breaking in history. Incited by a group of charismatic theologians – among them John Calvin himself – mobs raged against objects associated with miracles, magic and the supernatural, destroying some of the city’s most precious pieces of Christian art. Invoking the Second Commandment, they denounced these works as idols, and as remnants of a rural, feudal and superstitious world, a world corrupted by Satan.”

Nor  was Geneva unusual. In Basel in 1529, widespread iconoclastic riots destroyed virtually all the material tokens of traditional Catholic worship and devotion in the cathedral and the city’s leading churches. Even these German and Swiss manifestations were dwarfed by the devastating Storm of Images (Beeldenstorm) that swept over the Netherlands in 1566. 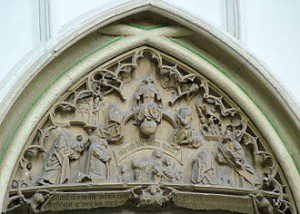 This movement was directed against any and all Catholic material symbols — against stained glass windows, statues of the Virgin and saints, holy medals and tokens. 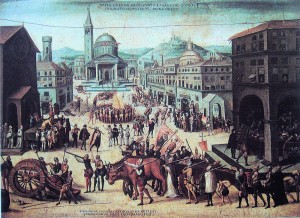 Such stories of image-breaking (iconoclasm) are familiar enough to anyone who knows about the Reformation, and there are plenty of scholarly studies. 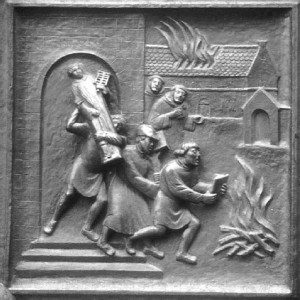 Recent works, though, highlight two features of the movement that often get underplayed:

1. Iconoclasm was central to the Reformation experience, not marginal, and not just a regrettable extravagance.

Historians of the Reformation tend to be bookish people interested in books, so they focus on aspects of literacy and translation, with the spread of the vernacular Bible as the centerpiece of the story. The idea of the Reformation as a “media revolution” is common enough.

Yes, we do read of outbreaks of destructive violence and iconoclasm, but these are usually presented as marginal excesses, or understandable instances of popular fury against church abuses. Once we get those unfortunate riots out of the way, we can get back to the main story of tracing the process of Bible translation.

That’s very misleading. For anyone living at the time, including educated elites, the iconoclasm was not just an incidental breakdown of law and order, it was the core of the whole movement, the necessary other side of the coin to the growth of literacy. Those visual and symbolic representations of the Christian story had to decrease, in order for the world of the published Bible to increase. 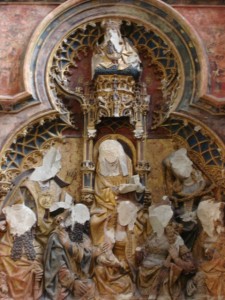 In terms of the lived experience of people at the time, the image-breaking is the key component of the Reformation. In the rioting and mayhem, a millennium-old religious order was visibly and comprehensively smashed. 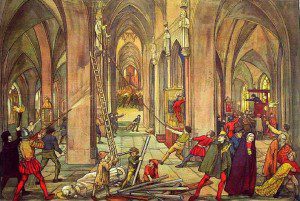 In words adapted from the Vulgate version of Job, the Calvinist motto proclaimed, Post Tenebras Lux: After darkness, Light. (And that is still Geneva’s motto). 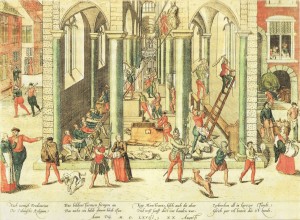 We also need to think through the effects of such violence. Protestant historians sometimes write as if the Reformation brought religious knowledge and spirituality to a Continent from which it had been largely lacking. Of course, pre-Reformation believers had ample access to the Christian tradition, but usually mediated through non-literate forms, through drama and visual culture. When Reformation states and mobs destroyed or suppressed those alternative cultural forms, they were in effect removing popular access to the understanding of faith and the Christian story. 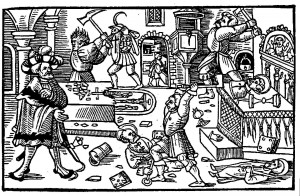 It was also an unabashedly top-down phenomenon. That image breaking we hear about was invariably the work of urban mobs, in societies that were overwhelmingly rural. The Reformation was a war of the cities against the countryside, of the ten percent (perhaps) against the ninety percent.

It would be decades or centuries before the new religious order based on books and literacy would disseminate throughout the whole country, including rural areas. Urban communities spent those decades sneering at the religious ignorance of the peasants. 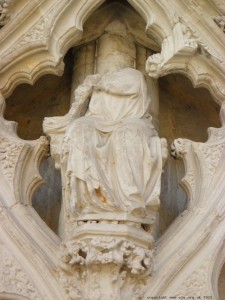 From the perspective of visual art and culture, the Reformation was one of the greatest catastrophes that ever befell Europe. It also had a massive class bias, in that it targeted objects beloved by ordinary people, while princes and dukes were able to safeguard their Classical treasures. Obviously, there were also cultural gains, in the form of mass literacy, and new forms of visual media, including pamphlets and cartoons. But in terms of paintings, murals, sculpture, architecture, and stained glass, the losses were irreparable.

Centuries of vernacular culture and piety vanished within a generation. 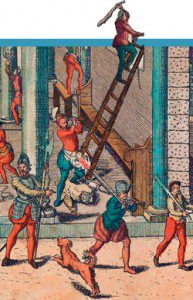 2.Analogies between the European Reformation and contemporary Islamism are much closer than many Protestants would like to admit.

Noyes compares Calvin closely to Ibn Abd al-Wahhab, the founder of the Wahhabi movement that so often features, unflatteringly, in our headlines. Al-Wahhab (1703-92) was also a near-exact contemporary of John Wesley (1703-91), a fact that cries out for a comparative dual biography!

Like Calvinism, Wahhabi Islam urged the destruction of everything that could be seen as a later accretion to the core of the religion, as well as all manifestations of paganism or idolatry. Since the 1920s, this version of the faith has been the official creed of Saudi Arabia, and variants of it are found among Islam’s violent and extreme movements.

For present purposes, it is the Wahhabi tradition that has unleashed the savage destruction of shrines and holy places that has been so widely deplored in the past half-century or so. This includes the Taliban’s destruction of the Buddhas in Afghanistan, the attempted eradication of the glorious shrines and libraries of Timbuktu, and the annihilation of most of the ancient shrines and tombs around Mecca itself. Some Egyptian Islamists fantasize about eradicating all the ruins of pagan ancient Egypt, including the Pyramids themselves. 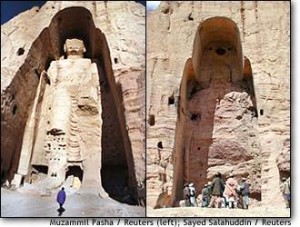 Modern Westerners are rightly appalled by such acts as desecrations of humanity’s cultural heritage. But such outrage demonstrates a near-total lack of awareness of the West’s own history. Nothing that the Islamists have done in this regard would cause the sixteenth century Protestant Reformers to lose a moment’s sleep. They would probably have asked to borrow hammers and axes so they could join in.

I am sometimes bemused to hear Western commentators call for contemporary Islam to experience a “Reformation,” by which they mean an opening to freedom and toleration. That is of course an extremely distorted view of Christianity’s own Reformation. Arguably, Islam has been going through its own Reformation for a century or so, which is exemplified by the Wahhabis and Salafists. That’s the problem.

In comparing the Protestant Reformers with contemporary Wahhabis, I am not commenting on their theology, their attitude to violence, or to social issues like the status of women. I am speaking very specifically about attitudes to images in religious devotion, and the absolute supremacy of the written text, with the physical iconoclasm that followed from those positions. Could I make that any clearer?

It will be interesting to see how prominently this iconoclastic aspect of the Reformation heritage will be celebrated come 2017. My suspicion is, scarcely at all. 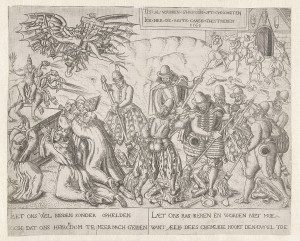 By the way, those recent academic studies that I mentioned include:

Eamon Duffy’s brilliant The Stripping of the Altars is in a second (2005) edition.

For an older work, see John Phillips, The Reformation of Images: Destruction of Art in England, 1535-1660 (University of California Press, 1973)

And of course, see the Noyes book I mentioned at the outset.