The War That Never Was

This is nothing like a standard Anxious Bench post, but it does get to some issues of how we write history.

As I’ve remarked in the past, a lot of professional historians dislike and distrust “alternate” history, which they see as a kind of pointless parlor game. But we all use an approach like that whenever we discuss a major historical event. How can you say that Gettysburg (for instance) was important unless you consider how the world might have been different if the result had been otherwise? Well, Lee might have taken Philadelphia, and then…. To that extent, we all use alternate history speculations, and create counter-factual realities. In passing, I often wonder how the history of the past few years have been different if 9/11 had never happened? Plenty of room to speculate there.

But to return to my theme: I am haunted by a war that never was. Ever since my teens, I have been fascinated by alternate history stories speculating what might have happened if the Second World War had had a different outcome, with an Axis victory. The more we have learned in recent years,  the worse that alternate reality looks, and the more plausible. Knowing that we came so close to catastrophe can’t fail to affect our attitudes to politics and oppression, to ideas of slavery and resistance.

One early influence driving me to think in those directions was an extraordinarily powerful British television play that I saw precisely fifty years this weekend, on September 7, 1964 – and I’ll be returning to that date. This was The Other Man, starring Michael Caine and John Thaw, which offered a history of Britain within the German Empire through the early 1960s.

As my origins are British, I will speak from the perspective of that country. As everyone knows, Britain in mid-1940 was in a parlous situation, facing likely invasion. The crisis reached its height that September, and on the 7th, British forces sent out the dreaded signal CROMWELL, meaning that invasion was either imminent or had actually begun. Commonly today, later historians tend to discount such threats. However weak and poorly equipped the army was, they believe that the British air force and navy remained strong enough to repel or contain likely attacks.

But assume that matters had gone differently, and war has a bad habit of springing surprises. There is every reason to believe that the British experience would have been catastrophic, far worse than mere occupation, and that it would have been much more like the wholesale slaughter of the Eastern Front.

On that fateful September 7, the German Commander in Chief, Walther von Brauchitsch, issued a Directive for the Military Government that would soon be established in England. This included a cause that has no parallels in Western Europe: “The able-bodied male population between the ages of 17 and 45 will, unless the local situation calls for an exceptional ruling, be interned and dispatched to the Continent with a minimum of delay.”

If we think that through, we imagine a situation where the Germans invaded and defeated Britain. All British armed forces would be relocated to the Continent as prisoners of war, and so would all young men, in their millions. They would have been used as slaves and forced labor in industrial areas like the Ruhr and Silesia, and possibly on grandiose building projects like the rebuilding of Berlin. Barring an ultimate German defeat, their servitude would be lifelong. In no plausible scenario would they ever be allowed back. 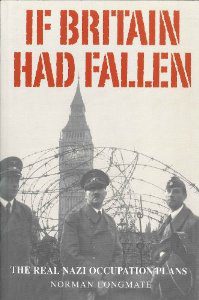 As in Poland, German occupation policies called for the selective internment and killing of all who might constitute potential resisters or a ruling class, particularly professional and educated groups. Britain was also home to one of Europe’s largest Jewish populations, around 400,000 strong. Their prospects for survival would be minimal.

But the potential for mass killing gets even worse, if we imagine how that invasion might have proceeded. It would undoubtedly have witnessed fierce and bloody battles. In two months in the Spring of 1940, the French had lost 90,000 military dead, and British losses that Fall and Winter would likely have been far worse.

Adding to the mayhem would have been the guerrilla factor. Unlike any other Western nation, Britain had made elaborate preparations for resistance in the case of occupation, with a whole clandestine military command. Auxiliary Units of the British Resistance Organization had detailed and specific plans for intensive guerrilla warfare. These included identifying the mansions and castles that the Germans would probably use as military headquarters, and targeting them for sabotage and attack. 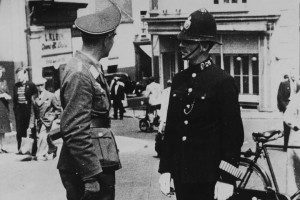 But while this story is impressive, it is also frightening. The Germans had a systematic and vicious record of responding to irregular attacks by taking hostages, and massacring large numbers of non-combatants. That was true of attacks against ordinary German soldiers, and far more so where dignitaries or senior commanders were involved. If Auxiliary Units had carried out anything like the attacks they planned, the resulting retaliation against civilians would have been horrendous, and would have been aimed chiefly at women, teenagers and the elderly.

Just how bad things might have got would then have depended on the length of resistance activity. Conceivably, a British government would have surrendered in late 1940, and ordered all resistance units to stand down. But we can also imagine a split in the British government, with Winston Churchill leading a government in exile, and ordering continued resistance attacks. The cycle of guerrilla warfare and reprisals would have persisted indefinitely, and escalated.

At that point, issues of food and fuel would be critical. Britain depended for its survival on imported food and supplies. Also, while the country produced large quantities of coal, transporting these to urban areas where they were needed depended on a reliable transportation network, and peacetime conditions.

Let us imagine, then, that by late 1940 the Germans had achieved a degree of control over most of the country, but that guerrilla attacks were continuing. It would have been natural for the Germans to suppress opposition by cutting off supplies of food and coal for the forthcoming Winter, and requisition them for the needs of the Reich. Mass famine and disease would have resulted across Britain, with children and the old the first to die. In the older industrial areas, many people were already in depleted health after the long privations of the Depression years.

How bad would things have got? The closest analogy would be Poland, of which twenty percent of its population – Jews and non-Jews – perished in the war. Applied to Britain, that would suggest nine or ten million deaths in the three or four years after 1940.

Coupled with mass deportations, the continued survival of the British people would have been very tenuous, as the island was opened to mass German migration and settlement. Prominent Nazis were already setting their sights on parts of the British Isles to turn into personal landed estates: Foreign Minister von Ribbentrop believed that he had been promised Cornwall as a retirement home.

Immiserated and expropriated, the British would have survived only as a slave race.

The worst part of this, perhaps, is realizing how easily and swiftly a society can be dismantled and annihilated, a prospect that is all the more frightening when supplied with names and places that we know all too well in other contexts. Again I am speaking from my own background and point of view, but knowing all this has to make us rethink what we know about the experience of other crucified societies through history: of the victims of empire, colonization and slavery in earlier times, of the modern experience of the peoples of Eastern Europe and East Asia. It also says a great deal about the justifications for resistance, and its limitations.

That could have been us.

So here is a resolution that I hope to live by. Whenever I write about empire or warfare, never let me forget that one key date, of September 7, 1940, and all that might have flowed from it.

September 8, 2014 The Woman Clothed With The Sun
Recent Comments
3 Comments | Leave a Comment
Browse Our Archives
Follow Us!