The Biographers and Jonathan Edwards

Today’s post is an excerpt from my essay on George Marsden, Jonathan Edwards, and the Art of Religious Biography, from the recently-released book American Evangelicalism: George Marsden and the State of American Religious History (Univ. of Notre Dame Press), which I co-edited with Darren Dochuk and Kurt Peterson.

Biographers have put Jonathan Edwards’s thought and life to many uses. Americans seemingly have an insatiable appetite for biography, and Edwards is in the second rank of our most popular and enduring American subjects (several Founding Fathers, as well as Abraham Lincoln, have commanded the interest of many more writers). Nevertheless, Edwards has consistently generated his share of attention since his untimely death in 1758. In recent years, scholarly interest in Edwards has seen quite a renaissance, capped by the completion of Yale University Press’s monumental Works of Jonathan Edwards series, the opening of the Jonathan Edwards Center at Yale University and its online resource collection, and the publication of George Marsden’s biography, Jonathan Edwards: A Life (2003).

Religious biographers almost always use their subject to advocate, at least subtly, for a contemporary issue or position. But that is not unique, as political and intellectual biographers often do the same, using significant life stories to frame a “useable past.” Biographers of religious figures, and religious historians in general, do face a special quandary, however, as they contend with the theological truth-claims made by their subjects. Those theological precepts are viewed as irrelevant, impossible to verify, and out-of-bounds in academia by many scholars. Although Marsden himself has routinely encouraged historians of faith to operate within the rules of the “guild” and not write providential history, religious biography still implicitly pressures a writer to assess the views held by the subject.

While there are many ways historians might assess theological beliefs, from relative silence to explicit evaluation, objective description no longer seems a tenable option. Professional historians still endorse the standard of fairness in their writing, but “objectivity” is widely viewed as a rhetorical posture rather than an intellectual reality. When someone like Jonathan Edwards makes precise religious assertions, his biographer must, at some level, contend with whether he or she accepts the subject’s ideas, and to what extent and purposes. The special character of theological knowledge puts this enterprise in a different category than, say, evaluating the merits of Abraham Lincoln’s views on the Constitution. Although historians often do assess the social effects of religious beliefs, or the logical consistency of them, their ultimate veracity cannot be tested in conventional ways. Edwards, for instance, said that only people with faith in Christ go to heaven, but we cannot demonstrate whether this is the case. We can only believe so, or not.

Because of the epistemological conundrums posed by the history of religion, recent Edwards biographers have become more sensitive to audience in a way that eighteenth- and nineteenth-century writers were not. Twentieth- and early twenty-first century religious biographers must negotiate in a particular way the tensions between an audience of the faithful and a scholarly audience, although there is always some overlap between the two. Academic Christian historians like Marsden gravitate toward subjects like Edwards partly out of religious interest and conviction, but in the “pragmatic academy,” like the larger public sphere, one can no longer promote Edwards on the basis that he brilliantly explicated the truths of revealed religion. The authority supporting that argument is not shared by much of the academic audience, but is widely accepted by the audience of the faithful.

Historically, Edwards’s biographers have mostly fallen into one of four categories: first, those writers who commended him as a man of faith and unique insight into scriptural truth; second, those who found Edwards and his Calvinism deplorable and regressive; third, those who admired some of Edwards’s characteristics or the implications of his views, but who did not accept his Calvinist theology; and fourth, those like Marsden who believed that Edwards’s theology best accounted for the human condition, implying (but not arguing) that the Calvinist system is likely to be true. The first two approaches, which we might call “biblicist” and “Progressive,” respectively, have long since fallen out of favor in the academy. The third approach, which we might call “neo-orthodox” because of the theological movement that helped inspire it, chiefly generated the scholarly renaissance in Edwards studies. The fourth approach, which one might call “Reformed academic,” has been pioneered by Marsden and other Christian historians who publish with mainstream academic presses. While these Christian historians have demonstrated that one need not hide one’s faith commitments in the academy if one accepts the pragmatic rules of the scholarly game, Marsden’s advocacy of Christian perspectives in the postmodern academy also opens new possibilities for bridging the gap between scholarly and religious audiences.

November 26, 2014 Eating Eel: Your Guide to an Authentic Thanksgiving
Recent Comments
1 Comment | Leave a Comment
Browse Our Archives
get the latest from
Anxious Bench
Sign up for our newsletter
POPULAR AT PATHEOS Evangelical
1

Evangelical
How Americans Have Prayed for Elections
Anxious Bench 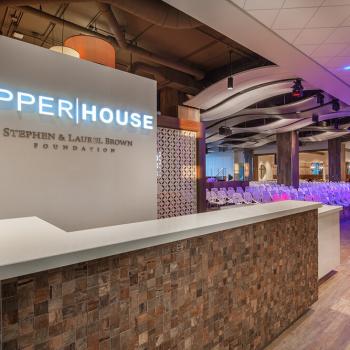 Evangelical
Is There a “Cosmopolitan Evangelicalism?”
Anxious Bench
TRENDING AT PATHEOS Evangelical