Access to the Internet has transformed my perception of the value of visual images to understanding history, and also to teaching the subject.

Through a resource like Google Images, it is now easy to find depictions of any era, topic or theme, with a wealth and variety that would have been quite unobtainable even through the world’s best libraries.  Such images are easily downloaded, and can be instantly used in blog posts, or in power point presentations for classes. If you have followed my posts at Anxious Bench over the past couple of years, you will see how much I have tried to deploy such visual resources.

As an example of this material, I offer one resource that I find invaluable for medieval history, and especially for the era of the Reformation. The resource is well known to specialists, so in that sense, there is nothing new here, but it is just so endlessly rewarding. I will not describe the contents in detail here, except to suggest that you go explore it. 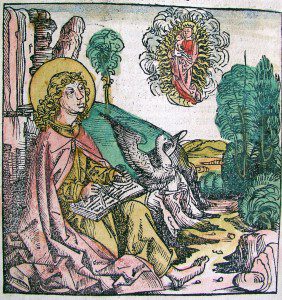 In 1493, Hartmann Schedel produced a history of the world through a Biblical paraphrase, a book published as the Schedelsche Weltchronik, or the Nuremberg Chronicle. It is an understatement to say that the book was lavishly illustrated, as it offered such incredibly rich imagery of the world at the time, of famous cities and countries, history and geography, social life – and also of Biblical themes. 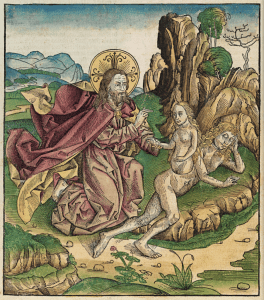 Briefly, if you are a historian wanting to illustrate the late medieval world, the world on the eve of the Reformation, this is a gold mine. When it appeared, Luther was aged ten, so this really is the world as visualized by his contemporaries. 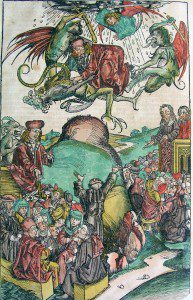 If you want to understand how late medieval Europeans imagined their religious universe, this is where you go. When they debated Biblical matters, these were the pictures they saw in their minds. One thing I learn from the book is just how easily people of that age imagined supernatural intervention, how naturally they incorporated angels or demons into the general landscape. 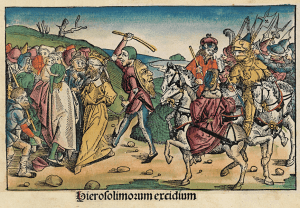 Through Google Images, you can find extensive catalogues of visuals from the Old Testament and New Testament, as well as specific themes like natural phenomena, events and cities. 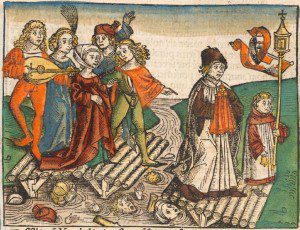 You can also find online facsimile versions of the whole thing. 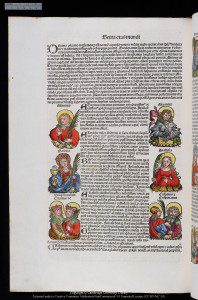 There are, at least, several hundred images. 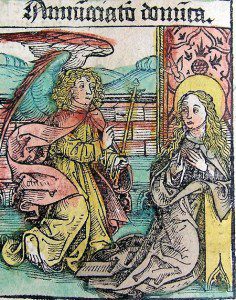 This particular horror represents a burning of Jews. 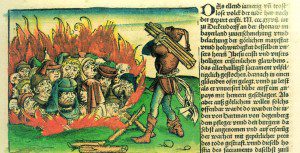 The book is just an incredible resource. 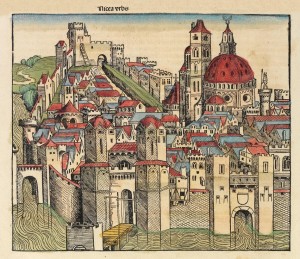 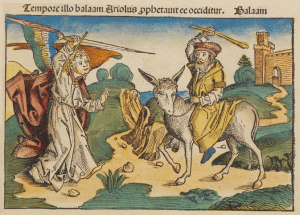 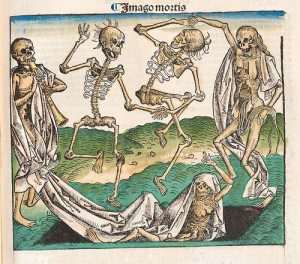