Carter has been maligned for being a weak, ineffective, micromanaging president. Randall Balmer begs to differ. To be sure, Carter had his weaknesses (and in his biography Redeemer, Balmer acknowledges them, including a sordid account of race-baiting during his gubernatorial campaign of 1970). But he points out that Carter’s presidency was sabotaged by events quite beyond his control—and that his significant accomplishments have been unfairly obscured. Here is Balmer’s attempt at rehabilitation:

May 29, 2015 What Scholars Do
Recent Comments
12 Comments | Leave a Comment
"Thanks for doing so much research into this post. Amazing that we still have pastors ..."
libertyculture What the 1918 Influenza Pandemic Meant ..."
"Racism is a major Christian issue, once they hate one group (blacks), it is easy ..."
LuLu Dhamma The Wounds of Racism and the ..."
"This is no excuse but only history . . . we have a large fishing ..."
bill wald The Wounds of Racism and the ..."
"Similarly, the Old Ritualists/Old Believers in Russia, (Russian: старове́ры or старообря́дцы, starovéry or staroobryádtsy) are ..."
Chris The Christians Who Didn’t Take Communion… ..."
Browse Our Archives
Follow Us!

People Are Excited about a New...
Ponder Anew
Related posts from Anxious Bench 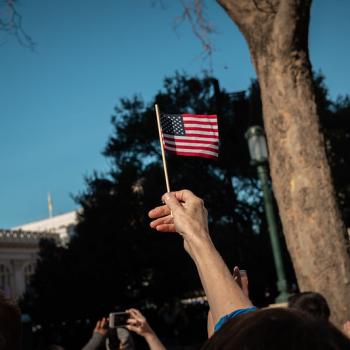 The astonishing disappearance of the newest theological classic
George Orwell is now revered as one of the most gifted and...
view all Evangelical blogs
What Are Your Thoughts?leave a comment
Copyright 2008-2020, Patheos. All rights reserved.