Most people today ooh-and-aah when they experience or envision a trip to Rome.

It was not always so. Until the era of modern tourism, trips to Rome were rare, undertaken only by the wealthy. For devout Protestants, encountering Catholicism’s Eternal City could often induce more revulsion than admiration. Prior to Italian unification in the 1860s-1870s, the Pope ruled as temporal monarch over Rome and the surrounding Papal States, a huge slice of Italian geography. Lurid stories of the Inquisition’s torture chambers, descriptions of shameful acts in convents and monasteries, and condemnations of a putatively pervasive pharisaical legalism were all staples of Protestant polemical travel literature.

Though no devout Protestant, Mark Twain in his Innocents Abroad captured this attitude in his musings, thick with irony, prompted by viewing Rome from the dome of St. Peter’s:

“. . . we look out upon many objects of interest from the dome of St. Peter’s; and last of all, almost at our feet, our eyes rest upon the building which once was the Inquisition. . . . The church . . . put [heretics] in this pleasant Inquisition and pointed to the Blessed Redeemer, who was so gentle and so merciful toward all men, and they urged the barbarians to love him; and they did all they could to persuade to love and honor him – first by twisting their thumbs out of joint with a screw; then by nipping their flesh with pincers – red-hot ones, because they are the most comfortable in cold weather; then by skinning them alive a little; and finally by roasting them in public.”

Protestant revulsion to Rome arguably goes back to Martin Luther, who visited the city in 1510 to attend some business of the Augustinian order. His initial expectations were soon dashed; reverence turned to loathing; and the experience, scholars surmise, played no small role in his eventual break from the Church.

In light of all this, it should come as a surprise that today there is a plan afoot, recently approved by Rome’s city council, to create a “Martin Luther piazza” in Rome. The site selected is on hill-top park area that overlooks the Colosseum. The impetus has come, of all places, from Rome’s small community of Seventh-day Adventists, an American Protestant denomination that traces its roots back to the Millerites, who among other things believed that the world was going to end in 1843.

Surprisingly, the Vatican has reacted positively to the news, issuing the following statement: “It’s a decision taken by Rome[’s] city hall which is favorable to Catholics in that it’s in line with the path of dialogue started with the ecumenical [second Vatican] council.”

Italy in general and Rome in particular remain predominantly Catholic. But soon the country’s Protestant minority and Protestant tourists, if they find themselves overcome with older confessional feelings, will now have a Protestant sanctuary in the heart of the city—and one endorsed by the Vatican no less. Neither Martin Luther nor the pope who condemned him, Leo X, would be very happy about this development. But the present has a strange way of defying the sensibilities of former times.

September 1, 2015 How to Write an Excellent Statement of Purpose for Graduate Applications
Recent Comments
1 Comment | Leave a Comment
"It's par for the course that the non-Christians are calling Christians names. Say what you ..."
Karen Eads The Disenfranchisement of the American People
"I would add God is a Capitalist: Markets from Moses to Marx available on Amazon."
Roger McKinney Christmas Shopping for Christian History Buffs
"Thank you for this reflection, John. It can be good to recapture and celebrate a ..."
Alex Burgess Thanksgiving: History and Meaning
"Please view how the Moorish Science Temple of American thinks about Dr. Dorman book https://youtu.be/_BCVUuhCY7I"
Bro. Bey Spread The Picture On A Wider ..."
Browse Our Archives
get the latest from
Anxious Bench
Sign up for our newsletter
POPULAR AT PATHEOS Evangelical
1 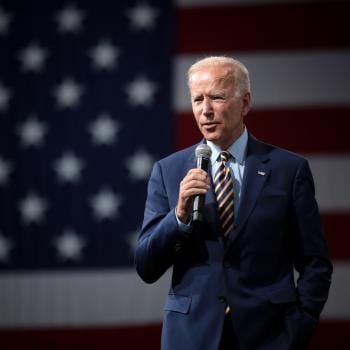 Evangelical
"On Eagle's Wings": The Catholic Hymn for a...
Anxious Bench