Imagine Wes Craven, the Hollywood provocateur who died last week, as a student at Wheaton College in the 1960s. This was a Wheaton that was easily as pietistic and fundamentalist as it was evangelical. President Raymond Edman, a gentle devotional writer, died while delivering a chapel sermon entitled “In the Presence of the King.” His successor, Hudson Armerding, a naval commander in World War II, ran the college like it was the military. Seeing ROTC as an incubator for submission to authority, leadership training and spiritual ministry, Armerding mandated that all freshmen and sophomore male students participate.

As you can imagine, the future director of Nightmare on Elm Street was an absolute horror show in the eyes of the administration. Editor of the college’s student literary magazine Kodon, Craven published stories about unwed mothers, an interracial couple, and demanded that students be permitted to watch Hollywood films, which had been outlawed on campus. He wrote, “It is the conviction in this office, that, in the arts the Fundamentalist Christian world, and more specifically Wheaton, is sadly short of its potential, and far behind its contemporaries. Therefore the copy of this magazine will remain (as long as the present staff remains), free and limited only by the criteria and the boundaries of artistry.”

When the administration canceled Kodon, Craven and his friends started an underground magazine. Brave Son criticized the campus’s neo-classical architecture, evangelical fiction, and the administration’s enthusiasm in acting out the role of in loco parentis. More bitingly, it dismissed Wheaton’s chapel services as “sacred vaudeville, spiritual patent remedies, and amateur psychiatry.” The president criticized Craven from the chapel stage, though Craven did get considerable support from many fellow students and several professors. Robert Warburton, an English professor, later said, “I was sympathetic to Craven and his friends because they were asking nothing more than the presence and dynamics of Christians in the modern arts. They wanted to know, ‘Where are Christians in the arts? What is our role in film, theater, music and dance?’”

Perhaps it was because of empathetic professors like Warburton that Wheaton ended up ironically serving as Craven’s path out of fundamentalism. In a 1997 Chicago Tribune article, he explained his own very conservative roots, “My sister’s fiancé went there. I was the first member of my family to attend college, and, frankly, the idea of applying to more than one school never occurred to us. Our worry was that Wheaton College might be too liberal. I seem to recall some discussion of that subject in the family.” His parents’ worry seems to have come true. His education at Wheaton, with majors in English and psychology, were the perfect training for Craven’s supernatural slasher films. They scared the hell out of all America—except for Wheaton students, who still weren’t allowed to watch R-rated movies.

Time—and some compassion—seems to have healed whatever wounds Craven may have incurred. As an upperclassman, Craven struggled with Guillain-Barre syndrome, a neurological disorder that paralyzed him from the chest down and left him unable to attend classes for a time. Depressed and unable to graduate, he was touched by gestures of kindness during his illness. “The support I received from students and faculty members through that period was so moving to me,” he later recalled. “People I didn’t know came to visit, to pray for my recovery. To me, their thoughts and prayers represented the best side of Christianity. I’ll never forget that side of Wheaton College. Never.”

September 15, 2015
Why Are Academic Books So Expensive?
Next Post 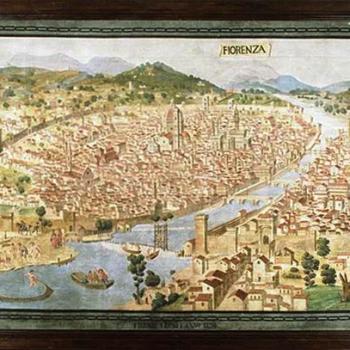 Evangelical
Liberal Arts, Piety, and the Past: Responding to...
Anxious Bench
TRENDING AT PATHEOS Evangelical