How to Market a Book

The title of this post is as much of a question as a statement.

This April, Harvard University Press is releasing The Mormon Jesus: A Biography. Instead of fashioning a “new religion,” I argue, Latter-day Saints have through their experiences, descriptions, and depictions of Jesus Christ created a movement both utterly Christian and distinctly Mormon. In the last two hundred years, the Latter-day Saints have envisioned Jesus Christ as a “blinding light,” the “great bridegroom,” the “great white God,” and the suffering, bleeding savior at Gethsemane. Some of those constructions of the Christian savior have fallen by the wayside, but over the past several decades Jesus Christ has occupied an increasingly central position within Mormon rhetoric, artwork, and theology. 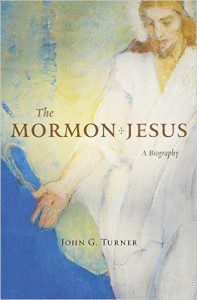 In The Mormon Jesus, I do not engage the question of whether or not Mormons — as opposed to evangelicals or Catholics — have the correct historical or theological understanding of Jesus Christ. This is a work of history, not theology. My goal is to better understand Mormonism’s historical trajectory and its place within the landscape of American religion.

So, a question for authors and readers alike: what are the best strategies for marketing a book such as this? Academic historians write for many audiences: dissertation committees, search committees, tenure and promotion committees, fellow scholars, and “general readers.” At certain stages of one’s career, some of those audiences matter more than others. Most historians do not write dissertations with “general readers” as a target audience (though it’s not a bad idea to have them in mind as well). But with any book, the more readers the merrier!

Books, however, don’t sell themselves. If one is fortunate (I am), one’s publisher will have a salesperson and publicist who can help persuade newspapers, blogs, and periodicals to review one’s book and persuade stores to stock it.

My experience, however, is that an author should take an active role in publicity and marketing. But most us who inhabit academic departments do not have any experience in doing so.

So, I will briefly narrate what I have done, and I would love advice. Feel free to comment or email.

First of all, I try to let people know I’ve written something. This sounds obvious, but it’s not always fun to self-promote (obviously, given this post, it’s not an impossible hurdle). I can always count on my mom, sister, and two best college friends to get a copy. So that’s four sales on which I can count. And my mother-in-law will get her public library to buy it.

Second, it’s important to spend time on the publisher’s marketing questionnaire, which usually arrives right as one is finishing the manuscript, grading papers, or departing for a summer fishing trip. Seriously, filling this out is usually not the most enjoyable task. One feels a dread that none of the outlets one mentions will pay any attention. Still, it’s very worth taking the time to list blogs, periodicals, newspapers, radio shows, etc. that might feature one’s book.

Third, and this is trickier, it’s important to be able to say yes to at least some speaking invitations should they come. I once spoke to four people at the early morning slot of a not-too-far-away book festival. That was painful, and the sales rate was not good. It felt like marginal candidate retail politics in Iowa. Speaking at most bookstores and book festivals is unlikely to generate large numbers of sales, so one should not spend a lot of time or money to travel great distances for such events. At the same time, certain venues can generate additional coverage (C-SPAN’s Book TV covered several events I did for my last book). It’s best to choose wisely. For a book on Mormonism, one wants to spend some time in Utah, where I did have book events that generated sales and brought me into all sorts of fascinating interactions with audiences. Events at universities, moreover, might not generate enormous book sales but are worthwhile in many other ways.

What else should one do? Outside of this blog and my own semi-active author’s website (johngturner.com), I do not have an online or social-media presence.

Last fall, I wrote that I “find writing of most any sort gratifying is because it is … one way to tap into the divine act of creating.” It is certainly doubly gratifying to have others read one’s writing, especially if they enjoy it and let you know!

January 15, 2016 Turmoil and Portents
Recent Comments
5 Comments | Leave a Comment
Browse Our Archives
get the latest from
Anxious Bench
Sign up for our newsletter
POPULAR AT PATHEOS Evangelical
1