There are so many discussions swirling around evangelicals’ best choice for president that it makes your head spin. To make sense of it all, I offer five qualities of the perfect religious president.

–The perfect religious president should have an active faith that is detached (or as detached as it ever can be) from their role as a candidate and politician. In other words, don’t fall for someone who feigns newfound religiosity in time for the primaries. Jimmy Carter (not my favorite president, but a man of sincere belief) and George W. Bush are good examples of sustained Christian commitment – their active faith came well before, and has lasted well after, their campaigns for president.

–The perfect religious president may talk more or less about his or her own faith, but what they do say should be well thought out and pertinent. Here George W. Bush scores lower, because his comments on faith tended to come off as bungling and off-the-cuff. Ronald Reagan did not seem to be very active in his Christian commitment, but his comments about faith were often pitch-perfect, especially for an evangelical audience. Some have criticized Marco Rubio for being overly eager to speak about his faith, but few would question the effectiveness of his answer to this Iowa atheist.

–The perfect religious president is judicious in the faith leaders he/she associates with. Think of the damage done to John McCain for receiving the endorsement of John Hagee, to Ted Cruz for having David Barton as his Super PAC leader, and to Donald Trump for buddying up with prosperity gospel preachers (check that – nothing damages Trump’s campaign, no matter how unseemly).

–The perfect religious president speaks compellingly about the public issues that matter most to people of faith. For example, the highlight of Carly Fiorina’s campaign was her passionate condemnation of Planned Parenthood for what was revealed in the expose videos.

-Counter-intuitively, the perfect religious president need not be all that religious, if he/she will just be straightforward about their beliefs, and why they matter. If you’re not very religious, just tell us. Bernie Sanders has done well on this score, and I like his honesty more than that of some who “get religion” right before the Iowa caucuses.

Certainly evangelical Christians would prefer, all things being equal, to vote for a candidate of faith, rather than someone who is an agnostic or atheist. But we’re not electing a national pastor. On this issue, integrity matters most. If you can’t be honest and sincere about your faith, when will you tell the truth?

February 3, 2016 Bethel at War: A Digital History
Recent Comments
29 Comments | Leave a Comment
"We (the Lutheran World Federation) condemn Luther's antisemitism and have asked forgiveness from the world's ..."
Harvey James Johnson What Is a Heretic?
"I think it should be okay now. Sorry it took so long to address this!"
Chris Gehrz What Is An Empire?
"I am working on it! Please don't be discouraged about future contributions."
philipjenkins What Is An Empire?
"Simple. "A HERETIC is anyone who disagrees with me in any way shape or form." ..."
Kyllein MacKellerann What Is a Heretic?
Browse Our Archives
get the latest updates from
Anxious Bench
and the Patheos
Evangelical
Channel
POPULAR AT PATHEOS Evangelical
1 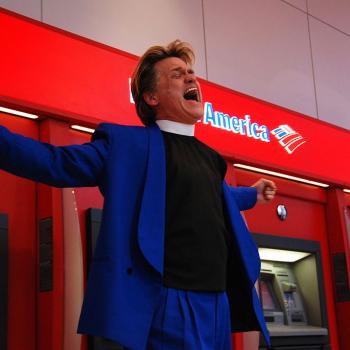