I am several months late on this topic, but bear with me. Robert Eggers’s film The Witch is now available on DVD, and I finally got the chance to see it. It is one of the truly great horror films, no argument, but it is also an astonishing piece of historical reconstruction.

The Witch is set in 1630s New England, and there is a great Telegraph review here. Approaching it, I speak as a long-standing aficionado of horror films, literally from the very first Hammer films in the late 1950s. (I was a precocious kid). With that background in mind, I say again, this is one of the finest and scariest horror films ever made. I may have more to write about that when I finally emerge from behind the sofa.

I also enjoy historical films, but I have the problem of an imp who sits on my shoulder and constantly nags about points of detail: Look, that hairstyle is a decade off! Oh my, they would never use that word then, that’s an anachronism. It’s even the wrong century! And that costume uses a color that just was not available then. I still enjoy the films, but I am aware of the inconsistencies.

With that in mind, you know what is wrong with The Witch, what is out of period? Absolutely nothing, nothing whatever, and I can’t remember when I ever said that about any film. The houses and farmstead are impeccably reconstructed. Even the dialogue is flawless, and that is virtually impossible to get right. As a historical vision, this is as close to perfect as you get. It may actually have been filmed by using a time machine to visit Connecticut in 1635.

To use an odd analogy, the last time I thought that about the dialogue in any historical film was the Coens’ True Grit, not what we normally think of as a historical epic. But that was perfect too, in its way. I think you should see True Grit twice, the second time wearing a blindfold so the gorgeous visuals don’t distract from the dialogue.

You can check out a superb interview with the director Robert Eggers about how he actually went about filming The Witch, and how he got the history so precisely right. It’s deeply impressive.

Obviously, I am not using this accuracy issue as the sole gauge of a film’s quality, far from it. There are films that are wildly off base historically, but you just suspend disbelief and enjoy them for what they are. As a case in point, one of my all time  favorite films is John Ford’s The Searchers, which is based on an abduction incident that occurred in Texas in 1836. The film, though, transposes the action to Arizona in the 1870s. And as in most of Ford’s films, the Indians are all played by Navajos and are clearly speaking Navajo, even if they are notionally Comanche, Apache, Cheyenne, or whoever. No big issue there, you just enjoy the film for what it is. The Witch, similarly, is a magnificent film anyway, regardless of its historical accuracy. But I am just saying that the degree of that accuracy is stunning.

You can use The Witch as a virtual documentary on witch trials and witch fears. At every point, the film brings out themes that are so recurrent in the historical record. How, for instance, children and their rivalries are the detonators to many or most cases. How cases emerge within families, commonly because of one illness or disaster, and then spread further afield. How one ill-chosen remark or joke can provide the launching pad for a bloody persecution. How the worst cases often emerge on the margins of society, among people already regarded as suspicious and cast-off. And how speculations and fantasies acquire material form, transitioning from rumor and gossip to hard evidence produced in courts of law.

If you are teaching a college course with witchcraft as a theme, The Witch is essential viewing.

At every point, too, I was struck by how easily this whole saga could have been relocated to modern-day Africa. Seriously, it might in fact be too close to comfort to be shown in many African countries.

If I think hard, I’ll try and come up with something negative to say about the film, but nothing comes to mind yet. Oh yeah, and both direction and acting are also close to perfect. But as a historian, that’s the least of my concerns….

May 30, 2016 The Enoch Seminar
Recent Comments
2 Comments | Leave a Comment
"Good point!"
mmcguire001 Advent: The Most Apocalyptic Time of ..."
"Always appreciated the tension of Advent. Fleming Rutledge is, in my opinion, one of the ..."
mmcguire001 Advent: The Most Apocalyptic Time of ..."
"Hey Mike, The political Religious Right must cut huge sections out of their Bible in ..."
Artistree Ron Sider and the Fate of ..."
"I think people are being very thin skinned about an opinion of one person. But ..."
Roger McKinney A Panopticon for a Ruling Class ..."
Browse Our Archives
Related posts from Anxious Bench 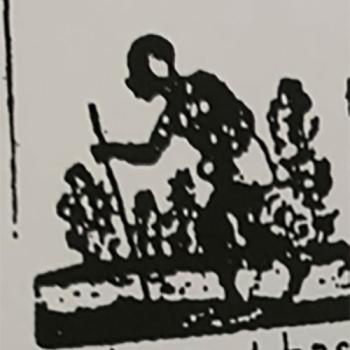