The Hierarchy of Presses

What he meant was that today, more than ever before, it is very easy to get a work published. The down side of that, though, is that it is extremely important to choose suitable publishers if you want to have your book noticed and valued, rather than ignored and disparaged. If you have any hope of an academic career – and that is a more difficult issue than ever – you should tread carefully . Where you publish a book is incredibly important for the value that will be set on it.

This point about the status and hierarchy of publishers is well known to scholars, but it can be a minefield for non-professionals, and that includes many budding academics. To illustrate that point, many years ago I was talking with a colleague about a junior, untenured faculty member. The younger person had one book with an excellent mainstream academic publisher, of the sort that would normally be expected to qualify him for tenure more or less instantly. However, he had also published another book with a press regarded as a disreputable vanity operation. My view was that we should pay due attention to the major book, and glide over the other as a sign of poor decision-making. My friend, though, was militant. No, she said, no-one who publishes with such a vanity press belongs in academe, period. Having something like that on your resumé discredits both you, and the department, and the younger person should assuredly not be tenured, anywhere, any time. Nor, she added, should our department ever consider hiring anyone who had published with that sort of operation. If you are dumb enough to publish with a vanity firm like that, you have to take the consequences.

You have heard of “publish or perish”? Well, you can publish, and how you do so can actively encourage your perishing.

Through the years, I have heard similar virulent hostility to publishing in what we might call less than reputable publishers, especially vanity and pay-to-publish presses, or privately printed stuff. Also sensitive is anything from what we might call advocacy presses, which represent fringe positions. Apart from the tenure issue, such publishing will harm one’s prospects in other ways. Many (most?) journals will not review such books, and I know scholars who, as a matter of principle, will not cite anything from such sources in their own writings. Libraries will not buy them or stock them, and won’t include them in standing orders as they do with books from mainstream presses. You actively have to go out of your way to find those books. That’s less of a problem in the age of Amazon, but still….

And that’s all important. After all, why does anyone write a book in the first place? Surely they want it to be read at least by some audience or readership. Otherwise, they might just as well stand on a bridge and throw the manuscript pages one by one into the passing river.

Before you dismiss that as a manifestation of individual prejudice, imagine the situation of going through the tenure process in a major university. At some point, your dossier goes through the hands of deans or committees who know nothing of your discipline. They can recognize first class publishers easily enough, but you might need to convince them that a particular press is credible. That task becomes harder when smaller institutions move towards a more strictly research-oriented profile, and want more distinguished outlets they can record in their statistics and quantitative measures. And that is happening across the country, and transforming what used to be teaching-focused colleges.

Some years ago at my then-university of Penn State, a new administration in my college asked the simple question: so what are the best presses in your field, and more significant, what criteria do you use to answer that question? Are there objective measurements we can use? The follow up was that faculty were rewarded much more highly for publishing in those outlets than others. (They did the same with academic journals, but that is a different story).

So how do you tell what are good presses, and what is toxic? On the plus side, first, of course, there are the obvious big-time trade presses, although most academics won’t be involved in those, at least in the early stages of their career. To some extent, the prime publishers in the academic world are just as obvious. There are the really major presses, like Harvard, Chicago, Cambridge and the rest, and lots of highly respectable middling concerns. Basically, think of a major North American university. If it has a university press, that should be just fine.

Some presses might be wonderful in a particular sub-field, where they develop a powerful tradition through the years. Just to take some examples I happen to know, SUNY Press is superb in Asian Studies, as is the University of Hawaii Press. Kansas is great for military history. Penn State Press has a distinguished line in art history. Illinois publishes excellent stuff in Mormon Studies (as of course does BYU).

Presently, I am working on the study of the Bible and early Christianity, and I am frequently citing European publishers that are very well known in those disciplines, but not outside. These include, for instance, Brill of Leiden; Peeters of Louvain; Mohr Siebeck of Tübingen; and the originally Scottish publisher T. and T. Clark (now part of Continuum). None of those would necessarily be known to non-specialists, but it would take about thirty seconds to explain why they are such prestigious and indeed excellent outlets. We could cite reputational studies of publishers, but the best measurement is the terrific range of scholars that put out their work through such firms.

To some extent, that question of publishing hierarchy helps us define the scholarly mainstream on a particular issue. If you are trying to present a view about some controversial question, and that topic is explored in plenty of books from such major mainstream publishers, then you are probably dealing with a serious and worthwhile debate. (I didn’t say that the view was true or correct, but rather that it was part of serious discourse). Very different is the situation if all the books that can be cited on the topic are from self-published or vanity presses, or from devoted activists and pressure groups. If that is the best you can do, then you are likely in the world of crankery.

It’s wearying when advocates of a far-out cause try to explain why their works are entirely produced by fly-by-night presses: “Because these ideas are too dangerous to be accepted by mainstream publishers! They are afraid of threatening academic and political orthodoxy!” Sure, and that explains why mainstream publishers are so nervous about publishing anything controversial, right? There’s always the danger that a controversial book would get into the news and sell millions of copies, making tons of money. We couldn’t have that happening. That’s why Dan Brown could never find a publisher for The Da Vinci Code. Oh wait….

The lesson of all this, I suppose, is that anyone thinking of publishing a book should think hard about the desired audience they want to reach, and which presses are likely to carry weight in particular settings. Often, that means not just jumping at the first tempting offer you receive to put your words into print. When you’re an established scholar, you can publish where you please.

At this point, you might well be thinking that matters are not so simple, that there are lots of gray areas between the obviously great presses, and the self-evidently terrible. And you would be dead right. I’ll have more to say on these topics. 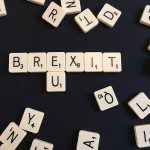 June 14, 2016 British Christians Debate "Brexit"
Recent Comments
10 Comments | Leave a Comment
Browse Our Archives
get the latest from
Anxious Bench
Sign up for our newsletter
POPULAR AT PATHEOS Evangelical
1