I have been writing on the global demographic revolution marked by collapsing fertility rates and shrinking family sizes. In particular, I have focused on the religious implications of these changes. For a variety of reasons, lower fertility shows a close correlation to secularization, and the rapid decline of organized religion.

Some social issues in particular are valuable bellwethers for these changes. Roughly, if you tell me a society’s total fertility rate (TFR) I can make some plausible predictions about its attitudes to issues like same sex marriage or abortion. To some extent, that connection is not surprising. When you separate sexuality from conception and child-rearing, you are more open to non-traditional family structures, including same sex unions. And you are also willing to override any representatives of traditional moral or religious authority who appear to stand in your way. (I am adapting some material here from some of my Christian Century columns).

We see some excellent examples of these trends in the countries of Latin America, and especially the most economically developed. A few decades ago, all had classic Third World population profiles, and very large families. In the 1960s, for instance, Brazil’s fertility rate hovered around 6 children per woman, alarming those who warned of a global population explosion. Today, though, Brazil’s figure is 1.74, far below replacement. Chile and Uruguay record similar rates of 1.73 and 1.98 respectively. Argentina is still above replacement, but the rate is falling fast. Mexico’s TFR was almost 7.0 in 1960 and 4.7 in 1980, but today it stands at 2.14.

That’s a social revolution in progress, and a gender revolution.

In religious terms, these countries present a complex picture, with strong evidence of continuing passion for religion. Brazil is home to some spectacularly successful Pentecostal megachurches, which Catholic clergy seek to imitate in order to hold on to believers. New evangelical churches are also booming in the other Latin nations, to the point that Protestants claim to be living through a new Reformation.

At the same time, though, the world is changing, with signs of secularization that would have been unthinkable not long ago. Nine percent of Brazilians now say they follow no religion, and the proportion of nones is much higher among the under-20s. As so often, Uruguay emerges as the region’s most secular country, with 40 percent having no religious affiliation.

In Mexico, same sex marriages are presently legal in Mexico City, and in eight of the 31 states.

Abortion laws offer a more mixed picture. Uruguay permits abortions through the first trimester, while Brazil grants terminations to safeguard the life of the mother, or in cases of rape. On both these test issues, Chile stands out as a conservative bastion, with a strict abortion law, and no prospect of gay marriage rights.

Otherwise, though, we witness a major trend towards liberalizing morality laws, on issues that both Protestant and Catholic churches hold dear. Over the coming decade, we will probably see liberal reforms on all these issues triumphing in several more countries, with the churches doing little more than fight rearguard actions.

To take a European example, look at Ireland. From the 1970s, Ireland moved swiftly from a near-Third World economy to win its vaunted “Celtic Tiger” status. Levels of education rose sharply, and women entered the workforce in large numbers, creating a more confident and better-informed public. Attitudes to gender, sexuality and family were transformed, as Ireland’s TFR fell from four children per woman in the 1960s to just two today – around that of the US. Shifting popular attitudes caused increasing tensions with the Church and its political allies. A 1995 referendum legalized divorce, albeit by the narrowest of margins, and contraception now became easily available. Last year, a referendum on same sex marriage passed overwhelmingly (62-38 percent).

I must be careful here about what exactly I am claiming. I am not describing an end or crisis of religion as such, or necessarily secularization in any classic sense. I can easily imagine a Brazilian man, say, supporting same sex marriage against the flat opposition of his church, while still in his mind remaining a strong and indeed orthodox Catholic, who accepts all the creeds and supernatural teachings. Ditto for an Irish Catholic. Others, meanwhile, are quite prepared to bring down the whole religious edifice. What has changed is not necessarily the degree of religiosity in any given society, but the scope of powers that believers are prepared to grant to religious institutions, and the areas of life that they feel should legitimately be under the sway of those institutions. Above all, that means matters of family and sexuality, which are now seen as definitively within the scope of private rather than public morality.

It doesn’t mean that religions can’t speak out on sexual issues and matters of sexual morality, but those themes must inevitably be less central to their message and rhetoric than hitherto. We compare the shifting emphasis in the society at large, away from many older concerns and prohibitions, and towards the one major area of behavior where a consensus remains, namely the sexual protection of children. Churches or institutions can resist that tendency, but they will find themselves ever more acutely defined as counter-culutral.

It’s neither the death of the religion nor of the church, but it certainly marks a transformation of role and function. 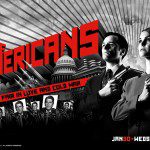