A few years ago, I went through the painful process of winnowing down the stacks of books and journals in my office. I was moving, and it would cost too much to move everything. Most of the academic periodicals I could simply access online as needed, so many went into the recycling box. Books went to the public library sale.

The one journal I kept was Books & Culture. I’ve been a subscriber since the late 1990s, and I have them all, stacked in two large boxes in my office. And I use them! Periodically, when preparing for classes or simply rummaging around in my disorganized memories, I remember B&C essays and find them.

Reviews of books serve two basic purposes, at least for me. First and foremost, they introduce me to books I will never read and help me pretend to be conversant with a wide range of publications. Second, they introduce me to books I actually want to read. I have found some of my very favorite recent novels through B&C, such as Mischa Berlinski’s Fieldwork and Emily St. John’s Station Eleven. I just placed a hold on Amy Gentry’s Good as Gone because of John Wilson’s recommendation.

Sadly, journals, like human beings, “wither and perish” all too soon after they have blossomed and flourished. This week, John Wilson announced that the next issue of B&C will be its last in print. B&C flourished intellectually and theologically, but, alas, not financially.

Readers of this blog are well aware of longstanding angst about The Scandal of the Evangelical Mind, which began long before Mark Noll published that title in 1994. The next year, Books & Culture launched. In 1997, George Marsden published The Outrageous Idea of Christian Scholarship, which built upon ideas that appeared in a postscript to his The Soul of the American University.

When I applied to graduate programs in U.S. history several years later, I was aware of some of these developments. More accurately, I truly became aware of them after enrolling at the University of Notre Dame and taking classes from the above-mentioned George Marsden and with several of my fellow Anxious Bench bloggers. That was my introduction to the evangelical life of the mind. Not so scandalous, at least from that particular vantage point.

Books & Culture has exemplified my ideal of evangelical intellectual discourse. Surprising. Bold. Ecumenical. Faithful. While remaining unabashedly evangelical, Books & Culture was the single least ideological publication I have read with any regularity. John Wilson published reviews by evangelicals of many theological stripes, but he also included essays by Catholics, Mormons, Jews, and non-believers. One found (thoughtful) diatribes for and against capitalism. Such diversity of viewpoint made Books & Culture essential reading for me every other month.

I will dearly miss Books & Culture. At least I have the two boxes worth in my office. 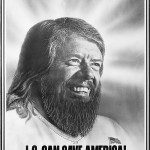 October 12, 2016
The Culture Wars and Evangelical "Evangelism"
Next Post

October 14, 2016 L is for Lazarus
Recent Comments
0 | Leave a Comment
"Very interesting topic! I hope students follow your advice! I have been amused by Catholic ..."
Roger McKinney A Forgotten Hatred: Why Don’t We ..."
""Said even more strongly, the assumption is that if one thinks that the Gospel is ..."
Chaplain Blake Liberation Theology for White People: The ..."
"Please show us where liberation theology has liberated anyone. On the other hand, slightly freer ..."
Roger McKinney Liberation Theology for White People: The ..."
"Racism is a denial of Christ on every level. But I don't see "... institutions ..."
Roger McKinney Listening to George Kelsey: Racism as ..."
Browse Our Archives
Related posts from Anxious Bench 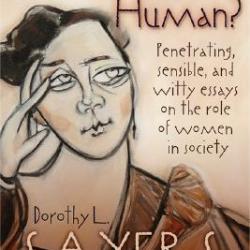