Education: What is It?

Education: What is It? November 21, 2016 Thomas Albert Howard

For a “think tank” of sorts, I find myself writing a white paper on education (yep, the whole shebang) and its current aspirations and ailments. It’s a tough assignment, for how does one make sense of such a large category. Here’s my first swipe at defining “institutional parameters.” I welcome feedback!

“Education” is an immense category that defines a field of human endeavor—traceable in the Western tradition to Plato’s Academy and Aristotle’s Lyceum—that attempts to instruct the young, discover truth, impart knowledge, and improve society. Throughout history, the purpose of education, the ideas that have defined it, those funding it, and the institutions embodying it have exhibited great heterogeneity. The historical record also suggests that education frequently appears to be in “crisis” and that “reforms” are necessary. Debates over the aims and control of education are often complex and acrimonious, pitting powerful interests and ideologies in society against one another.

Academies, monasteries, cathedral schools, universities, private academies, boarding schools, tutorials, apprenticeships, technical schools, seminaries, yeshivas, public schools, and, not least, families have been the key institutional loci for education. In the modern age, the German Gymnasium and research university, the French lycée and grandes écoles, and the Anglo-American “common school” and “college” have been particularly influential shapers of education. During the late eighteenth and early nineteenth centuries, the heyday of nationalism and modern state-building, compulsory education, beginning in Prussia and France, emerged as a key means to effect social discipline, promote citizenry, and create a skilled national workforce. In the US, the state of Massachusetts enacted the first compulsory attendance law in 1852; attendance became compulsory in all states in 1918. In the United States today, 50 million students attend roughly 100,000 schools and are educated by over 3 million teachers. About half of these students attend college or some form of higher education beyond high school.

With respect to ideals, the classical notion of Socratic questioning and the “liberal arts” (artes liberales), mediated through many voices over the centuries, have proven particularly resilient in rhetoric if not always in practice. Education for citizenship, character formation, and social mobility have also been widespread and enduring ideals. Reformers such as John Locke, J. J. Rousseau, J. H. Pestalozzi, Thomas Jefferson, Wilhelm von Humboldt, Horace Mann, Victor Cousin, Margaret Fuller, Booker T. Washington, Matthew Arnold, John Dewey, among many others have left their imprint on the modern educational enterprise. What is more, religious forces—Catholic, Protestant, and Jewish—have exerted significant influence over education, even if this has been diluted in our more secular age.

For much of the past, education has been the privilege of the few, mainly white males with means. In more recent times, under a democratic political aegis, women, minorities, and those living in poverty have gained better access to education, but the record of inclusion has often been spotty and incomplete. Article 26 of the United Nation’s Declaration of Human Rights (1948) asserts that access to education is a universal human right. Given the global reach of this document, permit a full quotation:

For our purposes, we shall restrict our analysis largely if not exclusively to American institutions or learning, K-12 as well as to undergraduate and post-baccalaureate institutions of learning, whether public or private, religious or secular. Again, education is an immense category. 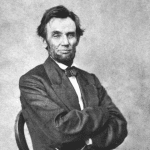 November 22, 2016 Lincoln's Thanksgiving: A Call to Gratitude, Humility, and Empathy
Recent Comments
0 | Leave a Comment
"I fear that there might be the danger of swinging the pendulum too far the ..."
Bob_Robinson_re Not So Groovy, Baby: How Evangelical ..."
"Given that ZZ quotes one of Complementarianism's theologians, Owen Strachan, in a complementarian publication as ..."
Erp The Scandal of Patriarchy in My ..."
"That's why I wanted to see the source. Only 11 countries on the planet less ..."
Lark62 Religion’s Sudden Decline
"Still dishonest no matter who says it."
Roger McKinney The Scandal of Patriarchy in My ..."
Browse Our Archives
get the latest from
Anxious Bench
Sign up for our newsletter
POPULAR AT PATHEOS Evangelical
1 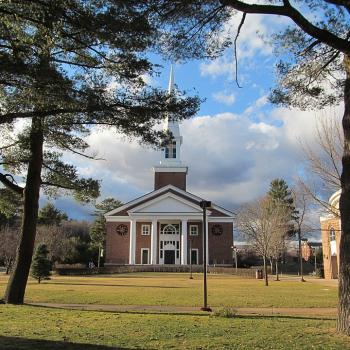 Evangelical
Am I a Christian Minister?
Anxious Bench
TRENDING AT PATHEOS Evangelical