Praying for the Best and Preparing for the Worst January 26, 2017 Kristin Du Mez

Today we welcome Jonathan Couser to the Anxious Bench. Jonathan received an M.Div. from Yale Divinity School and a PhD in Medieval History from the University of Notre Dame.  He teaches history at Plymouth State University and Granite State College in New Hampshire. 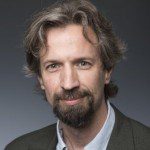 The first week of Donald Trump’s presidency has provided ample grist to the mill of political argument, online and otherwise. As we all know, the campaign was unprecedented. Confounding the pundits, he proved impervious to landmine after landmine that would have destroyed any other candidate’s chances. Some of these were personal statements, actions—and audio recordings—that revealed what looked to be a truly degenerate character, dishonest, aggressive, and abusive. Even more worrying, some were ideological, prompting serious people to suspend Godwin’s Law and ask how much the candidate actually resembled Hitler or Mussolini in the course of their paths to power.

As Trump begins to exercise the powers of his office, I have to reflect, as a Christian and as an historian deeply disturbed by his electoral victory, on what stance we should take at this point moving forward.

One common refrain I hear is, “give him a chance,” particularly from those who are lukewarm Trump supporters. After all, he has never done any governing before, and his statements and opinions over the course of his career and even his campaign could veer wildly from one position to another. We don’t know how he will govern, so we should give him the benefit of the doubt.

Well, certainly. I hope and pray that he will prove to be wise and good and will govern well. Nothing would please me more than that he should. However, neither an election nor an inauguration is a conversion experience that somehow erases a person’s past. There has been absolutely no indication that any of this has changed in recent weeks (sending his press secretary to egregiously lie about petty matters on his second day in office does not bode well). So while we hope and pray for the best, there is no reason to let vigilance lapse.

What sort of vigilance is needed?  I learned much from a recent discovery of Detlev Peukert’s book Inside Nazi Germany, first published in German in 1982 and translated into English in 1987. Peukert examines evidence of support for, and dissent from, Nazism in the 1930s and 1940s. He proposes a model of dissent which rises by stages from private nonconformity through non-cooperation to protest and finally resistance. The higher levels require organization to take form. 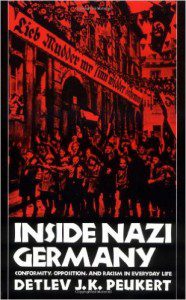 Thus, while they did have a solid base of loyal supporters and a wide swath of passive acceptance, the Nazis also faced a great deal of dissent. However, it never amounted to an effective resistance, because early on the Nazis swept through to abolish or co-opt any institution where such resistance might have been organized. Labor unions and alternative political parties were outlawed, churches were co-opted into the “German Christian” movement or suppressed as “Confessing churches.” The Nazis did not begin by committing atrocities and then act against their opposition; they began by hamstringing the opposition so that they could go on to commit atrocities with political impunity.

I often caution students against being too hasty to draw trite “lessons of history” for modern application, but here we might venture one. Trump and his alt-right cronies may or may not qualify as genuine dyed-in-the-wool fascists in the making. That we would even be debating this is concerning enough.

But in the worst-case scenario that they do prove to be so, the most important thing a free society will need to oppose them is organization. Looking at the women’s marches following the inauguration, some have asked “What are they protesting? He hasn’t done anything yet.” But I would answer that the marches were rightly done, if imperfect, as a demonstration and trial run of organization against the worst that the new administration threatens to become.

Finally, some Christian friends have been inclined to say that all things are in the hands of God and that what has happened, election and all, has been according to God’s will. That is true, insofar as all things are in accordance with God’s will. But it may sometimes be God’s will to allow sin to run its course. God set Nero in power at Rome, who burned Christians alive, and Diocletian after him; God sent the Babylonians to destroy the Temple and carry the Israelites into exile; Hitler also came to power by due process of law as it stood in his country, and unleashed a war that slaughtered people by the tens of millions.

While Christians may have endured these trials in faith, believing God is sovereign even in the most dire of circumstances, it does not follow that faithfulness means we should condone or empower or encourage a Nero or Nebuchadnezzar or Hitler. We submit to the governing authorities and give to Caesar what is Caesar’s, insofar God has appointed them to bear the sword and enact justice, but we remember that Jesus is Lord, and not them. We pray that they might become wise and good, but we also pray that justice and mercy would prevail against evil, and we ask, in the midst of such times, what love requires us to do and to say in this hour where God has placed us. 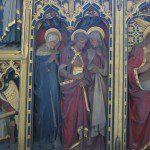 January 25, 2017
Because Christian Women Should Fight Against Misogyny too....
Next Post

January 27, 2017 Mixing and Merging Languages
Recent Comments
3 Comments | Leave a Comment
Browse Our Archives
get the latest from
Anxious Bench
Sign up for our newsletter
POPULAR AT PATHEOS Evangelical
1