Ian Lovett’s recent Wall Street Journal essay traces a growing trend among traditional Christians to move to remote locations, often near a monastery, to recreate a kind of life that recalls Christian devotion in an earlier time, like the Middle Ages.  In Oklahoma, California, Texas, and Arkansas, Lovett finds new outposts of Catholics who prefer the Latin Mass and want to live with like-believing neighbors. These people

“are part of a burgeoning movement among traditional Christians. Feeling besieged by secular society, they are taking refuge in communities like this one, clustered around churches and monasteries, where faith forms the backbone of daily life….The monastery serves as the center of community life.  Locals show up for Mass before 7 a.m. and leave notes and items for each other—say, a carton of milk—on a table in the church, a stone building still under construction.  Residents hope to capture the spirit of villages in centuries past, when entire towns shared a single faith, a set of Christian values and a place of worship.”

Rod Dreher, an advocate of such responses to our “post-Christian” society, has named this the Benedict Option.  Taking cues from philosopher Alasdair MacIntyre, Dreher’s phrase hearkens back to St. Benedict of Nursia (480-537), a monk who helped preserve and nurture Christianity through a hostile period by writing a rule for monasteries.  Though numbers of those taking up the Benedict Option this way are small, the experiment is noteworthy and provocative.  An abbot quoted in Lovett’s article considers these plantings “a hundred-year project,” since “there is some analogy between the end of the Roman Empire and a new civilization starting around monasteries.”

Lovett’s focus is predominantly Roman Catholics, but he notes that some Orthodox and Protestant Christians are doing likewise. Seeking historical precedent for this pattern, Lovett looks to the Catholic Land Movement.  Between this 1920s movement and “medieval Europe,” though, the author names no other parallel.  This is surprising, since a comparison is to be found much nearer at hand, in Puritan New England.  The efforts of these similarly single-minded seventeenth-century migrants to build purposeful community in a new place may avail some usable past (though truth be told, American religious history is rife with building projects by devoted communities).

On four points, the comparison between Christians now planting around monasteries and the migrants who built the Massachusetts Bay Colony in the 1600s strike some common notes.

First, many of those seventeenth-century emigrants made the trip to escape corruptions of their place and time.  English economic and political troubles, plus cultural gestures that undermined holy living, like James I’s Book of Sports, made a move seem desirable, even necessary. To leave behind these corruptions they were willing to cross an ocean.

Second, they were not, as those currently retreating from current barbarism are not, interested only in escaping.  New England Puritans meant to be heard from again. A lot, in fact: they sent reams of printed material back and forth over the ocean to defend, recommend, console, contend, or encourage allies and opponents.  What they wanted to talk about, in good measure, was what they were building, because they hoped their projects might serve as a model, even an inspiration of the way church and polity could be reformed, so that others might imitate their example.  Massachusetts pastor Samuel Danforth in 1670 described these goals in an election sermon, “A Brief Recognition of New England’s Errand into the Wilderness.” Controversy persists over Puritan scholar Perry Miller’s read of New England colonists’ “Errand,” but his eponymous essay gets at elements of the project.  The Massachusetts Bay Colonists, he argues,

“could see in the pattern of history that their errand was not a mere scouting expedition: it was an essential maneuver in the drama of Christendom.…These Puritans did not flee to America; they went in order to work out that complete reformation which was not yet accomplished in England and Europe, but which would quickly be accomplished if only the saints back there had a working model to guide them.”

Third, Puritans put great emphasis on what they were building, rather than what they were only thinking about or disliking or refusing. Some American Christians interested in recreating a kind of traditional life are now trying to resettle in the orbit of a monastery.  Comparison with New England may be more serviceable than likening this new movement to a European village in the Middle Ages.  New England towns gave structure both to ecclesiastical and civil society.  Puritan settlers put flesh and bones onto their conceptions of purified worship and loving communities by building institutions around them, churches, schools, towns, courts, representative government.  Hopes and good ideas only bear the weight and friction of actual human lives if instantiated in institutions–this town covenant, this grammar school, this meetinghouse, this congregation.

Fourth, community itself is sometimes reckoned among the New England settlers’ signal achievements, drawing people near to each other, fostering civility and engagement.  Institutions helped those who happened to live together actually and practically to care for each other, to follow Bay Colony governor John Winthrop’s exhortation : “We must be knit together, in this work, as one man….We must delight in each other; make others’ conditions our own; rejoice together, mourn together, labor and suffer together, always having before our eyes commission and community in the work, as members of the same body.”

But comparison with New England Puritans also points up some of the difficulties of living in community this way, here and now.  Now, when Americans are freshly aware of the perils of enclosure in an ideological bubble, of living with and talking only to people who think as we do, it may be imprudent to exacerbate, not mitigate, this self-segregation.  Massachusetts Bay Colonists, like their brethren in Plymouth, struggled to reconcile saints and strangers, and sometimes did reasonably well at it.   Further, while we prioritize equality (if sometimes betraying it in practice), John Winthrop assumed community and charity were better fostered by inequality, which assured “that every man might have need of the others, and from hence they all might be knit more nearly together in the bonds of brotherly affection.”  Community has a bite as well as a binding-up function; it presumes the right to know and be in each other’s business as well as to babysit each other’s children, build each other’s barns, and borrow each other’s cartons of milk.  Community is work.  Much of it is the work of care, which we at present do not reward well, socially or economically.

Americans opting for community framed around religious commitment might recall these purposes and concerns and, considering the end worth the effort, dip into voluminous and excellent scholarship on Puritan New England for some salutary cautions and retraining. 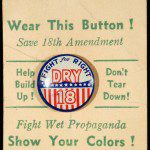