“At times of crisis it is a natural human reaction to turn to the past for support.”[1]

Wait—1983? But Ronald Reagan was president at the time. What could possibly have been the source of evangelical angst back then?

In fact, the causes were many. The wou

nds of Vietnam and Watergate were still fresh, the economy seemed on precarious footing, and the threat of nuclear annihilation persisted. Add to that evangelical concerns about their nation’s “flight from morality and godliness”—witness “the collapse of discipline in the schools, the spread of pornography, the strident voices proclaiming ‘rights’ for homosexuals and ‘freedom’ for abortion, along with the manifest presence of great social injustices.”

In response to these uncertain times, American evangelicals looked to the past for guidance—specifically, to a time when America seemed truly to have been a “Christian nation.” In the wake of the recent Bicentennial, evangelical popular culture was rife with paeans to the nation’s Christian heritage. As they began to mobilize as a political movement, conservative evangelicals eagerly embraced an unabashed Christian nationalism.

It was in the midst of this anxious yet celebratory moment that three prominent Christian historians—Mark Noll, Nathan Hatch, and George Marsden—penned The Search for Christian America. At the time, they shared many of their fellow evangelicals’ concerns about the state of American culture. But as professional historians, they also harbored concerns about the mythical past that evangelical Christians were inventing.

Knowing that views of the past shaped perceptions of the present, these three authors felt the need to set the record straight. There was “no lost golden age to which American Christians may return,” they insisted. Rather, a careful study of history made clear that “early America does not deserve to be considered uniquely, distinctly or even predominately Christian”—that is “if we mean by the word ‘Christian’ a state of society reflecting the ideals presented in Scripture.”

To begin with, they urged Christians to reconsider the very notion of a “Christian nation.” “How much action is required to make a whole society Christian?” the authors pondered. And the flip side: “How much evil can a society display before we disqualify it as a Christian society?” When it comes to the Puritans, for example, should one focus on their desire to fashion a godly society? Or should one look to their theft of Native American lands, their displacing and slaughtering Native Americans whenever it suited their purposes, not to mention their persecution of Quakers, whose only crime was seeking to worship God according to their conscience. Similar questions could be asked of Revolutionary patriots and antebellum Americans, they maintained.

Beyond these concerns, the authors raised a theological question: Is it “ever proper to speak of a Christian nation after the coming of Christ?” Is there any justification for ascribing to America the special status that Israel enjoyed in the Old Testament scriptures? Clearly they felt the idea of Christian America could do more harm than good.

It is important to note that Noll, Hatch, and Marsden were not writing as secular critics of evangelicalism. They identified as evangelicals, and made clear that they, too, shared many of their fellow evangelicals’ concerns.

However, they feared that by promoting the myth of Christian America, American Christians in fact weakened their own public witness, and paradoxically contributed to the secularization of American society.

How so? They warned that misperceptions of the past served as stumbling blocks to effective Christian witness. “Positive Christian action does not grow out of distortions or half-truths,” they contended. “Such errors lead rather to false militance, to unrealistic standards for American public life today, and to romanticized visions about the heights from which we have fallen.”

Perhaps more perniciously, a mythical view of “Christian America” discouraged “a biblical analysis of our position today.” Here’s how they explained what was at stake: “If we accept traditional American attitudes toward public life as if these were Christian, when in fact they are not, we do the cause of Christ a disservice. Similarly, if we perpetuate the sinful behavior and the moral blind spots of our predecessors, even if these predecessors were Christians, it keeps us from understanding scriptural mandates for action today.”

By conflating a certain understanding of American history with scriptural revelation, proponents of “Christian America” risked idolizing the nation and succumbing to an “irresistible temptation to national self-righteousness.” They also sacrificed any ability to offer a scriptural critique of the cultural values they themselves embraced.

And this, ultimately, leads to secularization—for “uncritically patriotic Christians” are no longer able to articulate a prophetic critique of their own culture, or of any religious impulse that “does not have its ultimate end in the God of our Lord Jesus Christ.”

To begin with, it would reject any notion that the United States, or any other nation since the coming of Christ, occupies a unique position as God’s chosen people. It would recall that God’s people, wherever they find themselves, were to be “strangers and pilgrims”—good citizens, yes, but always remembering that their real home lies elsewhere. And Christians must also remember that they will be judged not according to what they profess, but rather according to how they act. Thus, the righteousness of any society should be judged “not merely by the religious professions that people make, but also by the extent to which Christian principles concerning personal morality and justice for the oppressed are realized in the society.” 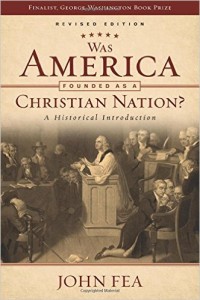 there are more recent and excellent studies of the idea of 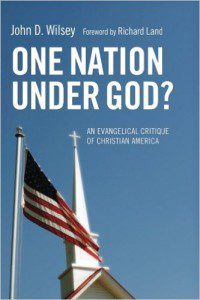 Christian America—John Fea’s Was America Founded as a Christian Nation? and John Wilsey’s One Nation Under God?: An Evangelical Critique of Christian America come to mind. But I still like to assign portions of The Search for Christian America in my American religious history courses—it’s a wonderful primary source, a window onto questions of faith and culture in the early years of the Religious Right. In recent years, however, I’ve been struck by how compellingly these words speak to our contemporary situation.

Normally historians would be gratified to find their work holds up well over time—three decades of enduring relevance is an impressive feat. Yet the book’s prophetic witness only endures because its lessons have been rejected by the majority of American evangelicals for over thirty years now.

That said, I do think that evangelicals would do well to ponder, once again, the warnings these historians have offered. Perhaps the notion of a “Christian America” does more harm than good, and hinders the witness of the Christian church—robbing Christians of a prophetic voice, and hastening the secularization they have long feared. 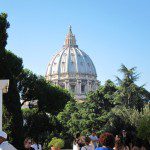 February 24, 2017 Spreading the Faith: Immigrant Religion and Ethnic Religion
Recent Comments
5 Comments | Leave a Comment
"What a great post, Allie! Insightful and eloquent."
Ansley Every Day People in Every Day ..."
"Impressive article. Provides the necessary perspective for entering into an informed discussion about the science/religion ..."
the old scribe Science, Religion, and Nineteenth Century Protestantism
"Very helpful! Thanks! It seems history has always been used as a weapon."
Roger McKinney Science, Religion, and Nineteenth Century Protestantism
"You have done nothing to refute my point. Certainly we should do the affirmative things ..."
NorrinRadd Ron Sider and the Fate of ..."
Browse Our Archives
Related posts from Anxious Bench