If you ever have the chance, visit the church of St. Bartholomew the Great in London.

St. Bart’s, as it is affectionately known, stands in Smithfield, just outside the old London wall.  I recommend a Sunday morning walk to it from St. Paul’s Cathedral. Go about 9:45 a.m. to hear the Cathedral bells; you can even grab a coffee. Then head down St. Martin’s-le-Grand and cut left through Postman’s Park (a delightfully Victorian monument to unsung heroes). Take a right on King Edward’s Street and follow it until it merges with Little Britain; then follow Little Britain around the hospital complex to Smithfield circle.

I have written about Smithfield before. So much history has happened here. Jousting contests routinely took place on the medieval green  from 1357 until the 1480s, including the infamous 2-day joust in 1467  between Anthony “the bastard” of Burgundy and Edward IV’s brother-in-law Anthony Woodville. St. Bartholomew’s fair was held at Smithfield every August for 3 days throughout most of the medieval and early modern era (the beginning of Smithfield market…). It is the site of the poll tax revolt of 1381 when the rebel leaders Wat Tyler, Jack Straw, and John Ball (‘When Adam delved and Eve span, who than was the gentleman?’) met with their teenage king Richard II. And it was here, at Smithfield, that two of those poll tax leaders died–Wat Tyler (stabbed) and Jack Straw (beheaded)–just as it was here that the Scottish hero William Wallace was killed in 1315 (hanged, drawn, and quartered during the 1315 St. Bartholomew’s Fair) and here that both Protestant and Catholic martyrs met their end in Reformation fires, including Anne Askew who was burned at Smithfield in 1546.

Once you have walked round the circle and read the monument stones, look back to the Tudor Gatehouse. You can’t miss it. Walk through the opening and you should find yourself in time for the 11:00 a.m. Sunday service at St. Bart’s.  This, I think, is the closest experience possible (at least possible in London) to a late medieval church service. Parish churches were supposed to celebrate high mass once a day, along with morning and evening services for matins and vespers. This was a sung Eucharist. Poorer, more rural churches would have made do with the priest singing alone or possibly with a local choir of male parishioners. Wealthier, often more urban, churches sometimes hired professional choirs–just like the choirs who sing Eucharist at St. Bart’s.  The rich notes of the formal liturgy fill the round Norman chancel, the air thickening from the smoke of incense burners. The bible is read throug

out the service, with texts from the Old Testament, the Gospels, and the Epistles, along with the priest–fully garbed in ecclesiastical robes–delivering a sermon and celebrating mass at the high altar. Even the banns for an upcoming wedding are read…..Only the printed orders of service and the rows of chairs (not to mention the very modern clothing) jars the experience.

If only we could really sit through a medieval church service, I think we would have a much better understanding of medieval Christianity.

But we can’t (sorry Michael Crichton). So here is my beginning list of medieval readings to try and help you understand the late medieval English faith experience. Happy reading! 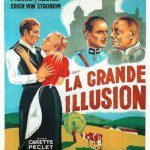 March 21, 2017
Great Movies About The Great War
Next Post