Patheos Explore the world's faith through different perspectives on religion and spirituality! Patheos has the views of the prevalent religions and spiritualities of the world.
Today we welcome Will Katerberg to the Anxious Bench. Will is Professor of History at Calvi 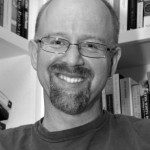 n College, where he also serves as Associate Dean and Director of the Mellema Program in Western American Studies.

The classroom reminds me about what’s possible. And what seems impossible.

This year I taught a section of Developing a Christian Mind (DCM), a core course that Calvin College students usually take in their first year. The course combines learning the basics of Christian theology with thinking about how to connect those basics to some area of life and learning. Students wrestle with the mission of Calvin College—how to think deeply, act justly, live wholeheartedly, and bring renewal to the world. My section examined the history of water from the Stone Age to the present and considered scenarios about humanity and water in the future.

The topic is perfect for the purposes of “developing Christian minds.” The Bible is filled with images and stories about deserts, springs, seas, rivers, rain, floods, wells, and thirst. The phrase “the water of life” resonates theologically because we cannot live for more than a few days without water. History has been shaped profoundly “natural disasters” such as floods and drought and by human efforts to control water, both successful and failed, such as dams and irrigation. Massive water projects in the twentieth century transformed many regions of the globe and seemed to herald progress. Water scarcity, ecological damage, and climate change threaten disaster and conflict in the 21st.

The challenge is helping students to see connections between things. We studied the basics of Christian thought and values, considering theology of creation, sin, redemption, and renewal of creation. At the same time, we worked through what environmental thought looks like, considering the relationship between natural history, human modes of production, and ideas about environments. I asked students to consider what theology suggests about how we should understand how human beings and environments interact. We also brought environmental history to the study of scripture. How did the ecology of the Ancient Near East shape the cultures in which ancient Hebrews found themselves and shape scripture itself?

Students in the class came from a diverse backgrounds. Some identified as theological conservatives, others as liberals. A few were not sure what they believed. One student’s roots were Hindu, not Christian. Some of the students identified as environmentalists; others did not. Most had never thought seriously about environment, history, and society. Their political views varied widely too, from right to left. Most were from the US, but they included students from Asia and Africa.

Where students and I struggled together and disagreed is where I saw what is possible. Two examples:

We spent a day on the Biblical flood account. By that point, we had talked about Biblical authority, historical and scientific thinking, and the methods of environmental history. Students had also begun to read about humanity and water in the ancient world and in the present. We compared the Bible’s familiar flood account to the epic of Gilgamesh, a Babylonian account. The details of the Noah account are very similar to Gilgamesh, which is much older. Did the writer of Genesis crib from Gilgamesh? We also looked at what environmental history tells us about floods and early humanity. Massive regional floods shaped early human communities from the end of the last Ice Age through the development of agriculture and the emergence of kingdoms and empires. Creation stories and myths from cultures around the world include flood narratives. But there is no geological evidence of a global flood.

One thing students struggled with together was how to understand the Bible’s authority and the theological implications of the Genesis account of the flood. But they did so without rancor—analyzing evidence, disagreeing, playing with ideas, taking stances, acknowledging unresolved questions, always taking the text of scripture seriously, as uniquely authoritative. Students listened to each other, sometimes rethought aspects of their perspectives, and usually persisted in their views. We agreed: (1) Ancient Hebrews shared a world, and elements of a common culture, with the peoples around them; (2) The Genesis flood account’s depiction of God and God’s purposes for humanity is very different from that in Gilgamesh. It seems to be a theological and political polemic of sorts by ancient Hebrews against the religious and imperial culture around them.

Students also wrestled with the politics of water. We spend a several class sessions looking at the implications of humanity’s history with water, and its future. Is modern use of water sustainable? Do we need to change our basic economic and social values, if we are to preserve sustainable environments for ourselves and for life on the planet more generally? Is a revolution in how we live necessary? What does the biblical call to love God and love our neighbors require when it comes to climate change? Creation groans too, the Apostle Paul wrote in his letter to the Romans. What are the implications of this insight for understanding our relationship to the natural world? What does God’s Providence mean for these questions? Or the promise in Genesis that God’ would not again destroy the world with a flood?

These questions divide churches and the major political parties in the US. Students in my DCM class disagreed with each other—not about whether water will be a challenge in the 21st century, but what the implications are for how we live, whether as Americans, citizens of the world, or religious believers.

But they wrestled with these issues rather than fought with each other.

Religious and political “blood” are spilled over issues like these. Churches split. Christians cast anathemas on each other. So do American citizens and politicians. Just this week, millions of Americans and leaders from other countries fear that President Trump will pull America out of the Paris climate change agreement that President Obama signed. Trump supporters will be outraged if he does not. Even the pope agreed that the future is at stake in this decision, cheekily giving the president a copy of his climate change encyclical.

What went right in my DCM section was not that we found consensus on these contentious issues, though I’d love a consensus and concerted global action on climate change. What went right is that students trusted each other and me enough to think together deeply about difficult religious, moral, social, and political issues, without rancor, despite significant differences in what they value, how they think, and what they feel. That gives me hope.

What seems impossible is that such conversations might take place in American civic life and politics. Classrooms are like slow cooking; social media, news cycles, and frantic lives reward microwave learning.

The magic of the classroom takes time. Forty hours of class sessions, many more hours of homework, and conversations outside of class. People need time to get to know each other, time to listen, time to respond, time to learn deeply, time to think what acting justly and bringing renewal should entail. Individuals become a little community. They learn from each other and see each other as neighbors who sometimes disagree, not as enemies or ideological abstractions. This is true whether the issue is related to religion and science, the politics of race or sexuality, social class, and climate change, or the “culture wars” that turn these matters into a toxic stew.

At their best, classrooms foster trust between people thrown together from a variety of backgrounds and perspectives. College and university classrooms remain one of the few places that are somewhat diverse in this regard in American society, somewhat less segregated. Even if far from perfect, I suspect they do better than other institutions in contemporary America. And they remain one of the few places in 21st century culture where sustained, integrated thinking can take place.

Those of us who work inside colleges and universities, and critics of higher education from the outside, might wonder about this claim. We might be right to wonder. Higher education in the US is a hot mess these days. And yet, in all its diversity of public and private, religious and secular, and poor and rich institutions, higher education may be the “last, best place” in American society. What happens in classrooms, at their best, is what civic life and politics in the US needs.

Doubtless, it’s more complicated than I’ve allowed. Yet the vision of learning and life that lies behind the missions of colleges and universities seems true. And what we need today. Or so my students reminded me. 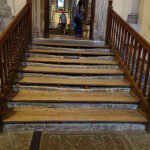