I recently published a piece in Christian Century on what I called the Baptist Exception. Unlike virtually all Christian churches and denominations, Baptists are not witnessing a fundamental shift of numbers to the Global South. Instead, they remain heavily concentrated in North America. As I think through possible reasons for this fact, I am struck by one fact that is under-appreciated in studies of religious statistics. It is not so much what we are that counts – theologically or doctrinally – it is what we happen to call ourselves in particular times and places.

Responding to my column on the Century‘s letters page, Mr. Adam Gonnerman made the following point: “it’s possible that Baptist missions have resulted in many ‘non-denominational’ evangelical churches that are doctrinally Baptist but don’t have the name.” That is worth exploring.

I’ll assume that you will glance at my original column before getting into my own follow-up piece, this Baptist Exception 2.0.

So why are Baptists such an exception in terms of this North-South balance? I originally suggested two possible explanations. One is that unlike other churches, Baptists were doing a very good job of maintaining their numbers in the Global North, and resisting decline. Alternatively, perhaps Baptists really are not doing so well at expanding in the Global South.

One reason for that latter interpretation might be the different US history of empire. The British colonial empires in Africa and Asia laid the groundwork for later expansion in those regions by Anglicans, Methodists and Presbyterians. Americans, in contrast, had no such deep rooted colonial ventures (they did rule over some overseas territories, notably the Philippines, but made no effort at colonization). As I wrote,

Because Baptists never developed a serious foothold in Africa, they were in no position to benefit from the huge demographic expansion that has been a principal driver of church growth over the past half century. Nor could they compete with the enormously successful Pentecostal churches. Baptists were left without a potential niche in the market for souls.

But maybe there is more to it than this. After all, what is a Baptist? My Baylor colleagues Tommy Kidd and Barry Hankins wrote an excellent survey of Baptists in America, in which they naturally seek to define the scope of what they are talking about. They focus on three criteria, namely baptism itself, the independence of the local congregation, and “simply the willingness to call oneself a Baptist.”

Let’s think that last one through. Assume that you have three hypothetical Christian congregations that are basically identical in most ways – they are broadly evangelical in doctrine and practice, they appeal to similar social categories, they all hold to congregational independence. If you to meet the pastors of any one of these groups, you would find them so similar as to be indistinguishable in outlook and belief. They all speak the same cultural and devotional language, the same Godspeak. But the three congregations are geographically distinct, with one in the US, one in Brazil, and one in West Africa.

So what do these congregations call themselves? How do they show up in our religious statistics? That surely depends  on the traditions and religious thought-world of the particular society. If religious group X is well known in a society, and people have general assumptions about what that group believes and how it worships, then it is likely that a congregation will choose to identify with that body rather than another. In my hypothetical case, then, it is quite likely that the US congregation would call itself Baptist, while the Brazilian one would choose the term Pentecostal or evangélico, while the African might identify either as evangelical or as an African independent church. Despite the individual names, though, virtually nothing would differ between the different groups.

What matters then in this scenario is what presence a particular named tradition or denomination has in a society – if you like, call it a brand. That is something of a circular process. A society where Baptists are a fundamental part of the landscape will tend to attract more congregations to the Baptist label. Hence, Baptist churches breed Baptist churches. On the other hand, if Baptists are not already a known quantity, then new churches will not choose to call themselves Baptist, and Baptists will remain marginal and obscure.

What makes me think this is that if you actually compare Baptist churches in the US South (say) with many Latin American evangélico churches, they look very similar indeed, in all but their name. The question then is, why the name?

If I am right in this observation, that has some implications for religious statistics. Above all, it suggests that we should not put too much weight on denominational labels, or of raw numbers. Sometimes those figures can be useful in tracing trends. Often, though, denominations are really flags of convenience, which say little about the practice of congregations. Those denominational terms, moreover, mask broad continuities within the larger framework that we sometimes (usefully) call ECP: Evangelical – Charismatic – Pentecostal.

That is not to ignore theological or doctrinal differences within that continuum, but rather to stress that it is, indeed, a single continuum.

July 7, 2017
Theosophy and the Rise of the Modern
Next Post 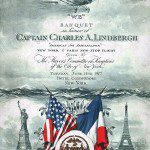