Sometimes you see phrases and passages that are so provocative that they cry out to be placed in exams with “Discuss” after them. Here is a great example from H. G. Wells, whom we often regard as a patron saint of secular materialism.

I am just reading his stunning novel from 1913, The World Set Free, a phenomenally important and, arguably, prophetic text. The book concerns the development of nuclear power and what the author calls “atomic bombs,” which are used against hundreds of cities in a global war. These bombs arise from the exploitation of nuclear chain reactions. Wells is amazingly accurate in his accounts of the impact of mass nuclear destruction, and lingering radiation. Some of the individual incidents sound so striking: the Japanese bomber trying to nuke San Francisco is brought down and the bomb diverted into the sea, where it causes an effect like a gigantic underwater volcano. And that is written in 1913.

The book may actively have influenced the development of such weapons in the 1930s. Reading it also explains why, already in the 1930s, Winston Churchill spoke so often, and so knowledgeably, of “atomic bombs.” (Just to note that that these early ideas about nuclear weapons are discussed in James Mahaffey’s new book Atomic Adventures). The World Set Free would be very appropriate reading on July 16, that very significant approaching anniversary of the world’s first-ever successful nuclear detonation, the Trinity test in New Mexico in 1945.

But to return to Wells. After the nuclear war, humanity reorganizes in a Utopian World Republic. Wells has little regard for surviving ethnic, national or religious prejudices, which he sees as obstacles to the global New World Order, a collectivist manifestation of state socialism. But in this context, he makes a startling statement:

It would have seemed a strange thing to the men of the former time that it should be an open question as it is to-day whether the world is wholly Christian or not Christian at all. But assuredly we have the spirit, and as surely have we left many temporary forms behind. Christianity was the first expression of world religion, the first complete repudiation of tribalism and war and disputation. [my emphasis] That it fell presently into the ways of more ancient rituals cannot alter that. The common sense of mankind has toiled through two thousand years of chastening experience to find at last how sound a meaning attaches to the familiar phrases of the Christian faith. The scientific thinker, as he widens out to the moral problems of the collective life, comes inevitably upon the words of Christ, and as inevitably does the Christian, as his thought grows clearer, arrive at the world republic. As for the claims of the sects, as for the use of a name and successions, we live in a time that has shaken itself free from such claims and consistencies.

So much to argue with there, and Buddhists might quarrel about the “first expression of a world religion.” But Wells was very widely read in global history, and he was well aware of Buddhism, which enjoyed a vogue in the England of his time – usually presented as a favorable comparison to Christianity.

From Wells, then, this is a remarkably respectful passage. Christianity, he suggests, laid the foundation for modern idealism, if not for modernity itself. 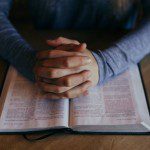 July 17, 2017 "The Riddle of the Religious Other"
Recent Comments
1 Comment | Leave a Comment
"We know that due to efficiency and innovation, the prices of some goods, in real, ..."
Dr_Grabowski Northern Baptists (Not Just the Southern ..."
"How is “the Christian right” synonymous with “churches?” Even churches that are recipients of ideologically/politically ..."
Dr_Grabowski Northern Baptists (Not Just the Southern ..."
"I’m seeing different numbers online, $3.3T for George W Bush, $6.8T for Obama and $6.6T ..."
Dr_Grabowski Northern Baptists (Not Just the Southern ..."
"“is the Student Volunteer Movement, a ministry much like ours. At its height, around 1920, ..."
Erp Cru, CRT, and the History of ..."
Browse Our Archives
get the latest from
Anxious Bench
Sign up for our newsletter
POPULAR AT PATHEOS Evangelical
1