The Chance of Salvation

Lincoln Mullen is the author of the recently published The Chance of Salvation: A History of Conversion in America. As he states in his introduction, historians have delved deep into the story of American religious diversity over the past several decades, but in the process have “left behind the task of synthesizing American religious history.” By contrast, The Chance of Salvation, stitches together the history of many different religious traditions through the experience of and rhetoric surrounding conversion. 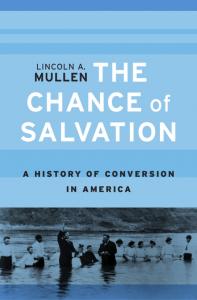 Below is my interview with Lincoln Mullen about his important new book.

The book’s title is a quotation from William James. What is its context and meaning?

The phrase had a very different meaning when William James used it in a postscript to The Varieties of Religious Experience in 1902. “For practical life at any rate,” James wrote, “the chance of salvation is enough.” James observed that there were many different kinds of religious belief, and even the possibility of no religious belief at all. James thought that one could have religious faith in the face of uncertainty, but he thought faith under such circumstances remained a matter of chance. As James wrote in another essay, “Maybes are the essence of the situation.”

You write that over the course of the nineteenth century, “religion shifted from being an identity that … Americans could inherit to being an identity they were obligated to choose for themselves.” Why did that change take place? What do you mean by describing religious choice as an “obligation?”

The book shows how Americans of different faiths tried to convert other groups. Of course, evangelical Christians made an extensive effort at “home missions,” but so did Mormons, whose missionaries crisscrossed the country, and Roman Catholics, who ran missions aimed at converting Protestants.

There was also the presence of other faiths to be reckoned with. American Jews had to resist persistent Christian proselytizing. But sometimes Christians who lived near Jews decided to convert to Judaism.

Then too, there was the possibility of having no faith at all. Protestant and Catholic fears of atheists, agnostics, skeptics, and Universalists were blown out of all proportion to the actual numbers of those “infidels.” But fears of infidelity, as well as the presence of Americans who were actually irreligious, reminded people that irreligion was a real option.

The result was that it became less and less possible to think of your religious affiliation as an unquestioned default, something you inherited from parents and community. Instead, people came to think of religion as a kind of identity they had to choose for themselves, then justify that choice for others.

Also, you note that the very meaning of “conversion” changed in the nineteenth century. What was that change, and how did American evangelicals help bring it about?

Evangelicals use the word “conversion” to mean being born again and experiencing the forgiveness of sin. Where other Christians might locate forgiveness and regeneration in the sacrament of baptism, evangelicals privilege a conscious, willing conversion of the heart.

“Heart religion” was not new in the nineteenth century, but evangelicals changed earlier models. The time of conversions became much shorter, and instantaneous conversions were ideal. Those compressed conversions were expressed in a new form, the sinner’s prayer. Prayer was no longer just one of the means of grace leading to conversion; prayer became the moment of grace. Evangelicals made the covenant of infant baptism less important. Among Presbyterians, for instance, the rate of infant baptism relative to other means of becoming a Christian declined significantly. Parents increasingly believed it was their duty not to catechize their children but to prepare them for conversion as if they were not Christians at all. And even active churchgoers came to think of conversion not as the culmination of an earlier commitment, but as a movement away from infidelity.

What did you learn about conversion by studying nineteenth-century religious groups other than evangelicals?

Much of the book is spent showing how these pressures to convert and the loss of religion as a default played out for different groups. I’ll just mention two groups, Mormons and Catholics. Both groups had a paradoxical relationship to religion as choice.

Mormons insisted on the basis of Joseph Smith’s revelations that all other Christian groups had perverted the gospel. They thought the whole denominational system of American Christianity offered false choices. But in spreading their restored gospel through missionaries, Mormons added another religious choice to the system.

Many people converted to Catholicism in the nineteenth century seeking an escape from the “sect system” in the arms of the visible, authoritative church. But of course they had to make a choice to opt out of the system. 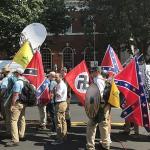 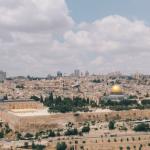