I’m pleased to offer this guest post from Luke Roberts. Luke is a 2017 graduate of Harvard College, where he studied Government and Religion. He currently lives in Boston and works in cyber security but plans to graduate studies soon. –David

Conversations about national defense in 2017 reveal that, for many, the rules of war are not what they once were. This has been evidenced by calls for travel bans and drone strikes, but perhaps no area has seen as dramatic a shift due to the events of the 21st century as the practice of torture. Torture, long regarded as an enemy of modernity (Churchill compared it to cannibalism), is outlawed both domestically (Bill of Rights, The Torture Act) and internationally (UDHR, Geneva Convention). Yet the United States has tortured prisoners of war and suspected terrorists with an alarming regularity in the 21st century.

Many find torture appalling, but some see it as necessary. While torture as a practice of national defense has found support among a wide array of Americans, the demographic most supportive of the practice has been 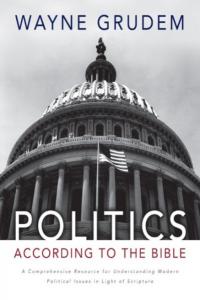 white evangelicals. A 2014 Washington Post/ABC News poll revealed that 68% of white evangelicals supported the torture of suspected terrorists. This finding was seemingly ratified two years later when white evangelicals overwhelmingly backed the presidential bid of Donald Trump, perhaps the most pro-torture presidential candidate in recent memory. But it isn’t just lay evangelicals who have come to support torture. Evangelical clergy and intellectuals have jumped aboard as well. Respected evangelical scholars Albert Mohler and Daniel Heimbach each publically defended torture in 2005 and 2010, respectively. Even James Dobson, the evangelical cultural icon, was critical of Senator McCain’s anti-torture stance in 2008.

This defense of torture fits within the dominant narrative of evangelicals as wildly conservative warmongers. But if our understanding is to move beyond a caricature to a pointed critique, a mere dismissal of evangelicals cannot suffice. Resting an appraisal of evangelicals solely on their political allegiances and ethical history fails to take into account the theological underpinnings that make something like support of torture a possibility, or even a likelihood, in evangelical communities. I posit that by specifically focusing on the individualistic nature of evangelical theology as it exists today, we can gain a unique perspective into evangelical ethical discourse.

While it’s well established that evangelical churches place a strong emphasis on the individual through doctrines like “a personal relationship with Jesus” and a focus on personal piety, along with practices of private prayer and Bible reading, there has yet to be a comprehensive reading of how individualism as a concept informs evangelical ethical discourse and academic theology. I believe that the ethic of individualism, pervasive in evangelical churches, is merely an overflow of the premises inherent in much of modern evangelical theology and ethics. To demonstrate this, let’s look to a defense of torture by one of the gatekeepers of American evangelical orthodoxy, Wayne Grudem.

In his book Politics According to the Bible, Grudem begins his discussion of torture by comparing it to the punishment of a child by a parent (431). He says that it can be conducted by an actor, the torturer, in a morally right or wrong way, just like a parent punishing a child. Where his argument becomes particularly telling is where he draws the line for torture. He claims that sexual abuse is always wrong and must therefore never be a part of the practice of torture (429). A moral category that evangelicals reject at the most basic level, sexual abuse as torture is a sin because the abuser is acting in a sexually aggressive, immoral way. While evangelicals may not reject the structural language that sexual abuse threatens the very social fabric of a culture, they primarily oppose sexual abuse because it is an inherently wrong thing for a person to do at the individual, personal level. If torture is merely the administration of pain, with no sexual abuse or otherwise immoral personal behavior involved, then this need not be the case. If, in Grudem’s conception, an act such as waterboarding is not an inherently sinful act by the individual administering it, then it should be allowed because any social threat it poses has been ignored.

Grudem’s case-by-case judgment where only the motives and intentions of the torturer inform the morality of her actions fails to address the complicated question of how torture might affect the American social fabric or even Americans as a social body. Grudem fails to look at the problem with a structural lens and demonstrates an inability to see the percussive tremors that extend beyond the individuals involved in any single action. He illustrates the evangelical inclination to knead a problem rife with structural implications until it is individualistically palatable.

Obviously not all evangelicals support torture and not all overlook systemic ethical considerations. But insofar as Grudem, Mohler, Heimbach, Dobson, and other leaders like them are characteristic of much of the evangelical tradition, there is cause for concern. Continued study of the relationship between individualistic thought and evangelical discourse will prove useful in understanding evangelical positions on a host of ethical issues. 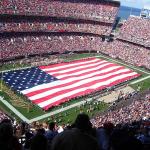 September 26, 2017
A (Brief) Religious History of the Star-Spangled Banner
Next Post

September 28, 2017 The Great Awakening and the Collapse of New England Congregationalism
Recent Comments
1 Comment | Leave a Comment
Browse Our Archives
get the latest updates from
Anxious Bench
and the Patheos
Evangelical
Channel
POPULAR AT PATHEOS Evangelical
1