In 1676, the residents of Plymouth feasted not on turkey and cranberries, but on the severed head of their enemy.

The government of New Plymouth asked the colony’s churches to keep August 17 as a day of thanksgiving. The day followed on the heels of many days of “humiliation,” on which colonists had fasted and prayed that God would forgive them for their sins that had provoked God to punish them with war and sickness.

For much of the prior fourteen months, settlers across much of New England had experienced bloodshed, terror, and fear. What became known as King Philip’s War occurred when the Pokanoket sachem Metacomet (who had embraced the name Philip in the early 1660s) responded to a host of English provocations. At first with the support of a small number of other Wampanoag sachems, Philip’s warriors raided settlements in the western portion of territory claimed by Philip. Once those raids and skirmishes turned deadly, fighting quickly spread across much of New England, in large part because the English actions thoroughly alienated most Narragansett and Nipmuc communities.

Philip had stepped back from the brink of war four years earlier. He knew how costly the war would be. English forces had slaughtered hundreds of non-combatants in the 1637 Pequot War. Philip knew that war risked his people’s very survival.

While the English frequently expressed their fear of an alliance between Philip and the Narragansetts, and did not hesitate to depict Indians as heathen savages, they probably did not anticipate the extent to which native warriors would ravage English settlements. They soon learned, however. On June 25, 1675, several representatives from Massachusetts Bay approached Swansea, the settlement in Plymouth closest to Philip’s own community. The three hoped to persuade Philip to conclude a negotiated peace. As they neared Swansea, they saw two mutilated corpses. Captain James Cudworth, in charge of Plymouth’s forces, described what the Massachusetts men saw (I am modernizing his spelling):

the men were stripped of their upper garments one having his head cut off and carried away, the other his head flayed; the skin and hair off from his skull and both their right hands cut off and gone

The Massachusetts representatives abandoned their peace mission. Initially skeptical that Plymouth’s actions against Philip were just, Massachusetts and Connecticut soon shelved such concerns and committed themselves fully to what became a regional war.

While they had few successes that summer and fall, the English pursued the war with little restraint. In December, they tracked the Narragansett sachem Canonchet into a Rhode Island swamp and set their fort ablaze without regard for the women and children inside. The English also sold captives into slavery, on some occasions transporting them across the Atlantic to Cadiz.

A traffic in body parts characterized many European-native conflicts in seventeenth-century New England. Both sides mutilated corpses. The English gave rewards for Indian heads and hands. Philip sent English body parts to potential allies. As Andrew Lipman has explained in his Saltwater Frontier, body parts served as trophies, warnings, and gifts. If English brutality sometimes shocked even their native allies, no side in New England’s seventeenth-century wars occupied any moral high ground.

The tide of the war turned in the late-winter and spring of 1676. Mohawks attacked Philip’s band, which had fled to New York in December. Even though natives continued to raid settlements in the spring, they suffered from sickness and starvation. By the summer, New England forces had the clear upper hand. They persuaded hundreds of their antagonists to surrender. In a few cases, they promised native men clemency and freedom (i.e., they would not sell them into foreign slavery) in return for their service as scouts and soldiers.

On August 12, Benjamin Church’s forces finally cornered and ambushed Philip. A “praying Indian” named John Alderman shot Philip. Next came the ritual dismemberment of Philip’s corpse. According to Church, his “old Indian Executioner” beheaded and quartered Philip. Alderman received the head and one hand. Church’s men, or their Indian allies, then hung up Philip’s quarters on nearby trees. Boston’s Increase Mather compared Philip to Agag of the Amalekites, whom Saul disobediently spared and whom Samuel chopped to pieces.

Alderman carried Philip’s head to Aquidneck Island, and then he or someone else took it to Plymouth. The head arrived just after the solemn thanksgiving service had concluded. The residents of the town had gathered to pray and, presumably, listen to a sermon from their minister John Cotton. The previous month, church members had confessed their sins and renewed their church covenant, beseeching God to forgive them and to lift the scourge or sickness and war that had afflicted them for so long.

Philip’s head was an obvious answer to their prayers. “In the day of our praises,” wrote the colony’s secretary, Nathaniel Morton, “our eyes saw the salvation of God.” Boston’s Increase Mather interpreted the head as God’s gift. “Thus did God break the head of that Leviathan,” Mather wrote in a history of the way he published later that year, “and gave it to be meat to the people inhabiting the wilderness. God had succored the Pilgrims with a harvest in 1621. Now he nourished their souls with their enemy’s head. As Mather’s son Cotton put it in his Magnalia Christi Americana, “God sent ’em in the head of a leviathan for a thanksgiving-feast.” It was, in the words of scholar of New England literature and history John McWilliams, a “metaphoric devouring.”

There was no question in Plymouth about what to do with the head. The soldiers placed it (and the heads of other enemy sachems) on the palisades of the town’s recently rebuilt fort. “So let all perish who attempt such deeds,” wrote Cotton Mather.

Things such as dispossessing the Wampanoag of nearly all of their land, turning captives into slaves, and placings severed heads on forts have gained the Pilgrims a somewhat tarnished reputation in recent years.

This is partly unfair. The Plymouth separatists had their fair share of self-interest, but if they were not saints, they were hardly alone. What transpired in Plymouth and New England more generally is less of a problem of puritanism or separatism, but rather a reflection of the violent realities of colonization and conquest. And self-interest abounded on all sides. Massasoit, Philip’s father, befriended the Pilgrims because he wanted them to blunt the power of his people’s traditional enemies.

In mutilating the corpses of their enemies, moreover, New Englanders acted rather like the Englishmen they had left behind. As of 1676, Oliver Cromwell’s head remained on a pole outside Westminster Hall. Drawing and quartering was the standard punishment for treason, which is what Plymouth’s leaders accused Philip of having committed against them. The actions of Church and Plymouth’s magistrates had little to do with their religion. They did not take the Indians’ land and enslave them because of their religious beliefs, though those beliefs did not dissuade them from doing so.

It is not surprising that later generations of Americans have commemorated the 1621 harvest meal shared by Pilgrims and Wampanoags, a symbol of their peace and alliance, which held for a half-century. Things were rather more grim in 1676, a testimony to the ways that the arrival of the English destabilized and in some cases destroyed native communities. 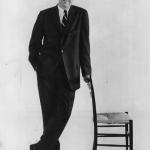 November 24, 2017 Warlords, War-bands, and Saints
Recent Comments
0 | Leave a Comment
"What is the difference between a Campus organization that is a hate-group against the LGTBQ+ ..."
Harvey James Johnson The University of Iowa’s Losing Fight ..."
"Kind of disappointing all the way around. For starters what we do not need is ..."
Mark Ross DeFazio What Evangelicals Just Don’t Know About ..."
"I would certainly be in agreement with/support of induvial Native Rights Matter / Asian Rights ..."
Raymond Is There a Theological Reason for ..."
"I'm totally on board with BLM but let's have them going on together. Let's elevate ..."
Karen Silver Is There a Theological Reason for ..."
Browse Our Archives
get the latest from
Anxious Bench
Sign up for our newsletter
POPULAR AT PATHEOS Evangelical
1