Divination – A Most Neglected Most Important Element of Religion

Now this is a treat! I was recently corresponding with the excellent English scholar of religion Linda Woodhead, who made some very interesting comments about the importance of divination as a badly under-studied theme within religion – in fact, within all religions. At my request, she put together a summary of her views, and it is a privilege to include her guest contribution to the blog. As you see, she ranges widely in the examples she offers. Reading her observations makes us look afresh at the many examples of divination in various forms that we find in the Bible, both Old and New Testaments.

Divination – a most neglected most important element of religion

The study of religion has been driven forward by competing camps claiming primacy for different aspects of religion: myth, ritual, belief, sacrifice, social association and so on. One of the only elements of religion which has not been elevated in this way is divination: yet the more I study religion – both past and present – the stronger I find its claim to be.

Divination has to do with knowledge, knowledge with very practical import. The word covers a plethora of different techniques and associated technologies for discerning the significance of events with a view to making choices and taking appropriate action. The techniques often have a ritualised dimension. They may be self-administered or delivered by a specialist, and they make take place in a private or public setting. Often divination is associated with a crisis in the etymologically truest sense of a ‘turning point’ at which it is imperative to make correct choices.

Every religion and every age seems to use divination. It’s one of the few cultural and religious universals. Go to China or the Chinese diaspora today, root about in any town or city in Europe and the USA, and you will find diviners and divination practices. The Chinese may use temples, sticks and incense; Christians may prefer to ask God a question and wait for a sign (a billboard sign or text message will do) or they may let the Bible fall open at random; others may go to a fortune teller or read the astrology column.

Far from being marginal and self-contained, divination is closely connected with other aspects of religion. Divination’s connection with sacrifice is, for example, so close that we can helpfully expand our understanding of sacrifice to include it. Examination of elements of the sacrificial animal like the liver or scapula was often the most interesting part of the ritual (besides eating). In the case of oracles consulted by the wealthy, animal sacrifice was part of the entry fee – as at Delphi. Smaller sacrificial offerings would be given to diviners all the way down the social scale, ending up with cups of tea and coffee whose leaves and grounds would be ‘read’ by those in the know.

Divination is also socially-binding, though sociological perspectives have been reluctant to notice it. In my empirical work in Britain, the USA and the Philippines I have often encountered individuals – mainly women – who travel together in small friendship groups to consult a medium or fortune-teller and then spend many happy hours together chewing over the results. The process of interpretation can indeed extend over years, as the significance of predictions is reflected on in the light of events – or events and choices are considered and taken in the light of predictions. I have joined these parties on several occasions and had my own fortune read, or dead relatives channelled, with fascinating results – the experience mixes the inexplicable, mysterious, thought-provoking, entertaining and banal.

Some classical scholars have illuminated the wider social-political significance of divination. They point out that divination is discussed in classical literature more than any other aspect of religion, and that the Roman Empire was partly run on the basis of divination – not a bad result in terms of impact. When faced with difficult decisions on the battlefield or in taking wider strategic decisions, generals and Emperors regularly turned to diviners for help. They retained their own experts even on the battlefield – Alexander the Great and his generals advised by the seer Aristander, for example – as well as consulting famous oracles like the one at Delphi.

In purely this-worldly terms divination allows difficult discernments to be externalised, discussed and interpreted by those responsible for making decisions. It can take the heat of issues, depersonalise them, allow engaged discussion, and result in better group coherence and shared responsibility. It can also allow for truly original, random, orthogonal choices and new directions. It can get beyond appearance and convention, jolt people out of group think and allow genuine novelty (perhaps we could suggest its use to university managers).

In rural Lancashire, northwest England, where I live and work, divination long served as a sort of informal justice system. If you had some of your (few) possessions stolen – clothing from a washing line or a sheep from your flock maybe – you had recourse to divination to expose the thief. The technology was fashioned from objects easily to hand, such as the large wooden sieve used for top soil and the hand shears used on sheep. The points of the shears were driven into the side of the sieve, whereupon the victim of the crime and another person would stick a finger into the shears with the sieve suspended and hanging from them. If it moved when a name was read out that would indicate the guilty party. The aggrieved would have grounds for accusation and recovery.

Performed in a social setting, divination can vindicate intuition, subject it to collective discussion, and give a public basis for action. Until the modern period aspects of divination were integrated into the formal justice system at the highest level – as in trial by ordeal – lending some element of useful flexibility – or dangerous arbitrariness – depending on your point of view and the nature of the ordeal.

Taking divination seriously also brings illumination to scriptural interpretation. Christopher Rowland, the Biblical and intertestamental scholar, tells me that he sees divination as having a close relation with both prophecy and apocalyptic: ‘divination is definitely part of the same phenomenon. There must have been various techniques in ancient Judaism to encourage visions, and of course,  dreams (and their interpretation) are also  important (e.g. in Daniel not to mention in the NT). I think the reception of apocalypse/prophetic vocation/receipt of insight believed to be divinely inspired  is a highly individual moment which then gets communicated to a wider audience, hence its social function –  but this is true of prophecy also.’

The fuzzy boundary between divination and magic is another topic worthy of a treatise in its own right. Early Christian writers often bracketed the two together, condemning them in the same breath as practices which encouraged the demonic deceptions. ‘Sorcery’ comes from sors, the Latin word for a divinatory lot. As Sarah Iles Johnston says in Ancient Greek Divination: ‘To burn part of a sacrifice to a god might be a waste of meat, but to seek his magical or divinatory help was to invite perilous delusions that, like opium, increased a poor mortal’s reliance on these pretenders to divinity.’

Divination is so flexible and so closely articulated to other aspects of a religion and society that its forms reflect – and reinforce – wider socio-cultural regimes. One way of classifying different forms of divination is in relation to dominant formations of divine and human power and associated cosmological horizons. In his entry on divination in Eliade’s Encyclopedia of Religion Evan Zuese helpfully divides divination into three categories: Intuitive divination in which the diviner spontaneously ‘sees’ the significance of events; Possession divination in which spiritual beings communicate through intermediary agents both nonhuman (e.g. sortilege, pyromancy, meterology) and human (e.g. divination by dreams (oneiromancy), glossolalia, mediumistic or oracular trance); Wisdom divination in which the diviner decodes impersonal patterns of reality (e.g astrology, palmistry, divination through mathematical correspondences/numerology, as with the I Ching).

The same technique may be used across cultures but interpreted differently: in societies with a (poly)theistic outlook casting lots is explained as a means by which divine beings communicate to humans; in cultures which assume a decodable impersonal and elemental divine order the same practice is understood in terms of microcosmic echoes of a greater harmony.

One of the most enduring things about divination is its ability to shape-shift and adjust to any cultural and social niche. It can take ‘secular’ as well as ‘religious’ forms, it can go underground, and it can spawn new technologies and new forms. Its social ubiquity and the difficulty of controlling or patrolling gives it a fluid, entrepreneurial spirit. It can be codified (in almanacs, astrological charts, handbooks etc), semi-organised, informal or spontaneous. It can be despised, relegated to the bin of ‘superstition’ and ‘mumbo jumbo’ and still survive. It can flourish in regimes of strict religious governance – like China – as well as settings with constitutional religious freedom. It adapts to an age of consumerism, individualism and entertainment with ease. A prediction that is easy to make even without its assistance is that it will persist.

Linda Woodhead’s latest book is That Was the Church That Was: How the Church of England Lost the English People (with Andrew Brown, Bloomsbury 2016). 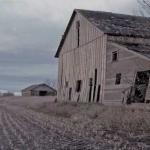