There’s a reason why Hollywood loves to caricature evangelists as money-grubbing, secretly sex-crazed hypocrites. It’s because some famous evangelists have played true to type.

In PTL, the John Wigger narrates the rise and fall of the ministry Jim and Tammy Faye Bakker created. Wigger, who has authored several excellent studies of early American Methodism, plunges into a new era with the doggedness of an investigative journalist but without losing his historian’s instincts. He talked with everyone who would talk with him. He poured over court documents. He watched countless episodes of the PTL Club, Jim Bakker, and Jim and Tammy. 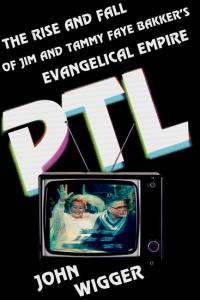 What he documents is sobering, but he sprinkles this sober story with wit and, ultimately, a measure of compassion.

All of the sordid details are there. Rape. Sexual harassment. Fraud. Ministry funds in the millions diverted to the Bakkers and their top associates. Oversold memberships. Jerry Falwell going down the Heritage USA water slide.

Still, one cannot help but sense that John Wigger enjoyed writing this book. A few examples:

“The women whose photos appear on either side of Bakker’s [in his high school yearbook] listed their ambitions as ‘to be a model’ and ‘to live in a trailer.’ Odds are one of them succeeded.”

“[PTL sold sculptures of David slaying Goliath for $125, informing audiences that they were worth at least $1,000]. In fact, the sculptures cost PTL $10 each, and they look it. I recently bought one online for $35, number 72,,997 of 100,00. The metal is cheap (mine has turned a dull olive green) and the construction flimsy. David’s sword slips out of his hand and could easily be lost or broken.”

“God has a special math that doesn’t have anything to do with the mathematical system of the world.” [Sorry, that was Bakker, not Wigger].

“Tammy’s most consistent presence on the show was through her singing, which was unfortunate.” [I don’t think her singing was all that bad].

I assigned PTL for my American religious history course this past semester. Okay, I cringe a bit at the way I introduced some students to the world of American evangelicalism. But one of the chief virtues of Wigger’s book is that he makes it more than a crazy story of sin and sex. He explains how PTL was possible by discussing Pentecostalism, the charismatic movement, the prosperity gospel, the postwar economic boom, the “Greed is Good” mentality of the 1980s, and satellite television.

A second virtue is what I consider Wigger’s own humanity and decency. He doesn’t hesitate to lower the boom on Bakker and his cronies throughout the book, but in his summation he pulls back from a simplistic denunciation of Bakker. Did Bakker commit fraud? Yes, technically, but most of those he defrauded were quite satisfied with what they received from PTL. They loved Heritage USA. They loved their connection to the ministry. They loved the Bakkers. “The image of Bakker as nothing but a con artist,” Wigger concludes, “is difficult to square with his devotion to the ministry … he was also a true believer.” I agree, to a point. The victims of Bakker’s fundraising excesses and self-aggrandizement might not have considered themselves victims, but both Jessica Hahn and some of Bakker’s employees certainly understood themselves as the victims of sexual harassment, if not assault and rape. Wigger complicates this story by noting that Bakker himself was a victim of sexual abuse as a teenager.

Underneath all of the silliness and the scandal, one cannot but have some grudging admiration for the talents and accomplishments of both Jim and Tammy Faye. They created programs that viewers loved. They developed a satellite network before ESPN, coming in behind only HBO and Turner. They built a ministry that volunteers loved. They built an amusement park that trailed only Disney Land and Disney World in popularity at its peak. Six million people came to Heritage USA that year! It is hard not to lament what might have been.

PTL also highlights the structure of the evangelical world of independent ministries, parachurch organizations, and quasi-denominational networks. No corner of the Christian world is immune from the problems that occur when human beings interact with money and sex. But so much of the world of American evangelicalism is predicated on constant fundraising, from staff members raising their own support to celebrity figures bringing in huge amounts of money through direct appeals or through the sale of merchandise. Partly because of disasters such as PTL, most large evangelical ministries have adopted much more responsible practices. Still, the celebrity world of American evangelicalism encourages the dramatic rise and fall of organizations and their leaders.

Because as fun as Wigger makes the story at times, and no matter how much hay journalists and comedians made skewering the Bakkers, PTL is not a fun story. “Regardless of PTL’s fall,” Wigger concludes, “the connection between religious innovation and popular culture remains a powerful force in American life. PTL will not be the last of its kind.” 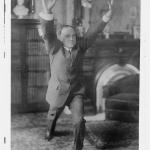 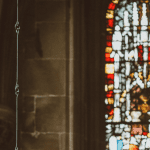 December 22, 2017 God’s Other Son
Recent Comments
4 Comments | Leave a Comment
Browse Our Archives
get the latest from
Anxious Bench
Sign up for our newsletter
POPULAR AT PATHEOS Evangelical
1