Thomas Hooker and the Terror of God

Thomas Hooker and the Terror of God December 7, 2017 johnturner

The Puritan minister and Connecticut founder Thomas Hooker frequently compared the relationship between God and human beings to a king who has discovered traitors plotting against him. What would the king do? He would torture them. The traitor would be “brought upon the rack, and then one joynt is broken, and then he roares by reason of the extremity of the payne.” Perhaps then the accused would confess to some wrongdoing, but the king would not be satisfied. Instead, he would be “hoysed uponteh rack the second time, and then another joynt is broken, and then he roares againe.” The king would keep at it until he “discovered and layed open the whole reason.” God tortured the human soul so that men and women would cry and roar and eventually mourn for their sins.

There was one difference between this apparently cruel (or perhaps simply just) king and God. God tortured human souls for their own good. As Hooker explained, God “make[s] rackes in the hearts of such as he means to do good unto.” The spiritual torture endured by an anguished soul would give individuals a foretaste of hell. They would confess their sins. Perhaps God would regenerate their rotten souls. In many cases, as with the captured traitor, full confession would take some time.

Baird Tipson examines the thought of Thomas Hooker and that of Samuel Stone (the “teacher” of the congregation for which Hooker served as “pastor”) in Hartford Puritanism: Thomas Hooker, Samuel Stone, and Their Terrifying God.

The above metaphor provides a clear sense of that terror, but there is more to this story.

Tipson corrects a contention that Perry Miller made in The New England Mind: The Seventeenth Century (it is a testimony to Miller’s enduring influence that historians are still correcting him after three-quarters of a century). Miller argued that the New England puritans “devis[ed] schemes that would undermine the notorious doctrine of double predestination.” Those schemes were “covenant theology” and “preparation for salvation,” i.e., if humans fulfilled certain conditions God had willingly put into place, God would then be obliged to save them. In short, puritans took the sting of out what Miller termed “The Augustinian Strain of Piety.” And for Miller, Thomas Hooker was the exemplar of this shift, an “exquisite diagnostician of the phases of regeneration.”

Tipson argues — convincingly — that Perry Miller, at the very least, got Thomas Hooker very wrong. Hooker, far from moving away from Calvinist Augustinianism, out-Calvined Calvin on God’s sovereignty and predestination. While Hooker understood himself and other godly ministers as “preparing” their hearer for God’s work of salvation, that work was entirely God’s. From start to finish, conversion hinged on God’s grace in reforming the human will. Hooker constantly reminded congregations that they could do nothing to save themselves. Instead, according to “that old Sentence of Au[gu]stine … God makes of an unwilling will a willing will.”

And God reformed the will by terrifying sinners. “Authentic faith,” Tipson explains, “could arise only after long, agonizing recognition of one’s sinfulness led to despair over one’s inability to change on one’s own.” Anguish. Doubt. Despair. The rack. At times, God would play mind games (or, perhaps, soul games) with his children. He might allow a Christian to “believe hee will doe little for him” in order to “keepe him in a childe-like obedience.” This anguish prompted men and women to look to Christ’s promises, and ironically, provided some grounds to believe that one numbered among God’s elect. Moreover, because God used preaching and sacraments as the ordinary means of effecting his elect’s salvation, the very fact that one belonged to one of New England’s Congregational churches (or, previously, to the fellowship of the godly in England) was a positive sign.

Hooker’s God, at least in Tipson’s analysis, is both cruel and arbitrary. One wonders whether anyone wanted to listen to such preaching. Tipson explains that Hooker’s earthy metaphors and powerful delivery kept his congregants’ attention. It seems they enjoyed listening to his depictions of their sorrowful state. Perhaps Tipson might have done more to explain precisely why so many English puritans were attracted not just to the accidents of Hooker’s rhetorical style, but to the substance of his theology. One must keep in mind that Hooker’s description of God correlated rather well with his congregants’ experience of the world around them. Death stalked them. Monarchs harassed them. In their minds, God afflicted them because of their sins. It was not a terribly easy leap for individuals to make.

Tipson’s Hartford Puritanism is an academically iconoclastic book, which is one reason I enjoyed it so much. So many historians have written about puritanism, either in New England, old England, or both. Far fewer have placed Puritanism in active conversation with Augustine (even Perry Miller did so only briefly at the outset of his New England Mind, Luther, Jesuit theologians such as Bellarmine and Molina), and a host of other Christian thinkers. In other words, Tipson’s makes Thomas Hooker and English puritanism a chapter in the very long history of Christianity. More scholars should experiment with this approach. Perhaps historians would shy away from it because they are often interested in, say, seventeenth-century New England or the English Civil War. Their organizing framework is not the history of Christianity. Even so, it’s useful to remember that what Stephen Foster termed the “long argument” of puritanism continued a number of much longer arguments among Christians. 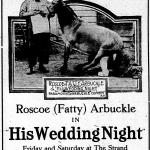 December 6, 2017
When Evangelicals Campaigned for Family Values
Next Post

December 8, 2017 Infidels, Demons, Witches, and Quakers
Recent Comments
1 Comment | Leave a Comment
"You're whistling in the dark."
Roger McKinney Do Evangelical Churches Have a Catechesis ..."
"And thank you. Yes indeed, many wrote against the enthusiasts and prophets of various types. ..."
philipjenkins 1708: Thus Is Religion Also Panic
"Thank you so much for this series, and I look forward to the book to ..."
GEVeith 1708: Thus Is Religion Also Panic
"Can you clarify??? So there is a Greek word used in the NT that can ..."
JohnQed It’s a Small, Small Complementarian World ..."
Browse Our Archives
get the latest updates from
Anxious Bench
and the Patheos
Evangelical
Channel
POPULAR AT PATHEOS Evangelical
1