For me, as for many evangelicals, Billy Graham’s death is personal.

In 1988, Billy Graham came to my hometown of Rochester, New York. I was a fourteen-year-old Christian. Two years before Graham’s visit, I had come forward to dedicate my life to Jesus Christ at a church revival. I was active in Young Life. By active, I mean that I encouraged my high school classmates to come to weekly YL meetings and come to the summer camps at which they would be asked to accept Jesus into their lives.

While most people probably think of Billy Graham as a crusader who sought to convert non-Christians, Graham mostly converted the already converted. More precisely, he persuaded nominal, lapsed, and lukewarm Christians to dedicate and rededicate their lives to Christ. Again and again.

And as others have commented, his methods were both shrewd and masterful. Graham’s message was simple but not simplistic. We all die, and we have to prepare for that inevitability. We all live, and we should live with purpose. We all sin, and we all need forgiveness. Christ gives us eternal life and purpose of life. Christ forgives our sins. Come. Now is the time. You come.

How could one not come?

When I came forward during that Rochester crusade, my counselor was from my own church. He was one year older, someone I admired greatly.

Did Graham’s crusade affect my life in a lasting manner? Coming forward in response to Graham’s call was one of a string of “born again” experiences that connected me with Jesus, churches, and parachurch groups. The Graham crusade did not lead to any deep discipleship at that time; my relationship with church and Young Life mentors and Christian peers were far more important. But my experience of responding to Graham’s call mattered to me, and it still matters to me. So many of us “evangelicals” long for the living water that Jesus offers us. We taste it, but somehow we become thirsty again. We need to come forward again, or we find some other way to restore and renew our relationship with Christ.

Graham’s death has brought forth a torrent of commentary, from politicians, from scholars, from pundits. Most of that commentary is predictable. Graham was a humble and authentic preacher. Graham helped to create the Religious Right. Graham was a stooge for Republican presidents and presidential candidates. Graham integrated his crusades, but Graham rejected the Civil Rights Movement of the 1960s. Graham was an anti-Semite and a homophobe.

I have mixed feelings about much of this commentary. I’ve never liked Reinhold Niebuhr’s criticisms of Graham, which David Hollinger recently narrated and repeated. Niebuhr took issue with — this is Hollinger’s paraphrase — Graham’s “childlike religious emotions and obscurantist ideas.” Graham played up his “country boy” persona at times, and he chose to place his faith in the Bible when confronted with the fruits of scholarship. As Richard Mouw observes, however, what for Niebuhr were childlike emotions were matters of great import for the vast majority of human beings. That Graham treated concerns about sin and death and life’s purpose with great seriousness is to his credit. To wish that Graham had been more like Niebuhr is a roundabout way of saying that one prefers mainline, liberal Protestantism to its evangelical counterpart.

Graham had obvious feet of clay, but one of the things I most admire about Graham is his unusual ability to learn from his mistake and adapt to new circumstances. This capacity was not perfect or unlimited. I don’t think Graham really learned from his mistaken alliance with Nixon. He learned to be a bit less nakedly partisan, but his preferences were always transparent. Graham would have served himself best by removing himself from the political fray entirely.

But in a host of other ways, Graham could change. He embraced integration. He discarded fundamentalism and embraced his own brand of evangelical ecumenism (which probably more expansive as what mainline Protestantism promoted). He rethought some social and political issues the decades passed.

On some of these issues, Graham simply moved with the times, but not always. He worked with mainline Protestants and Catholics when many of his own people would not. He integrated his crusades when most white southern preachers would not have done so. In the 1980s, he was out of step with most Republicans and evangelicals on issues of nuclear disarmament.

In the end, though, evangelicals do not need Billy Graham to be a saint. We don’t need to shield his shortcomings or missteps. Graham helped make evangelicalism what it is today, for better and worse.

For so many Americans, Billy Graham has an importance that transcends politics or religious tribalism. Graham is important because he touched our lives. He told us to come, and we came. In the annals of history, that perhaps does not count for very much. Yet even if we became thirsty again, we are grateful for a man who helped us taste at least a few drops of living water. 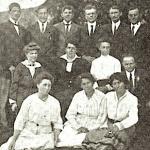 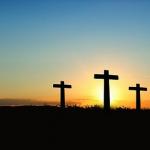