Does Everything Happen For a Reason?

Does Everything Happen For a Reason? April 23, 2018 Agnes Howard

Life is hard. Sometimes it is very hard, pain beyond the ordinary forecast for the walk through this vale of tears. A death warrant served by cancer on a 35-year-old professor, wife, and new mother. An ultrasound that predicts possible disability for an expected, beloved son. Such news makes two questions urgent: what could God be doing, and what am I supposed to do about it?

Figures in the history of American religion have provided some answers, few more feisty than those associated with the Prosperity Gospel. “There’s a branch of Christianity that promises a cure for tragedy,” writes Kate Bowler, historian who studies that branch. Happy, healthy, wealthy Christians are blessed, that branch teaches; those who have troubles might have themselves and their weak faith to blame. Two new books, Hilary Yancey’s Forgiving God and Kate Bowler’s Everything Happens for a Reason and Other Lies I’ve Loved make obvious the need for a better answer.

I was reading one when the other arrived and they read well together. Not only the stories of two estimable women, these are meditations on suffering, faith, human response—especially human response shaped by time, place, and the communities in which we dwell. Their questions are ones we all have asked, with Bowler: “Why do some people get healed and some people don’t?” Maybe everything does not happen for a reason, and hard things happen for reasons we have no business trying to discern, though love is with us in them.

Yancey is graduate student in philosophy at Baylor, and a dear friend. In 2015 she and her husband Preston discovered, with joy, that they were expecting their son Jackson. Glad tidings next were complicated by follow-up calls from a nurse announcing that Jackson appeared to have a cleft lip and palate. Subsequent tests revealed other data. Doctors eventually named the condition, craniofacial microsomia. During the rest of what became a high-risk pregnancy, the Yanceys and a host of friends prayed for a miracle, felt God to be calling them to believe it would be done, that, in Hilary’s words, “Jack will come out healed, a miracle to defy the teams.” Jackson was born with the condition doctors anticipated. Hilary and Preston spent the next forty-three days attending Jack in the neonatal intensive care unit (NICU), learning how to care for their baby, making decisions about surgeries and equipment to help him breathe and eat. Anger, doubt, resurgent faith, exhaustion, and hope course through the experience Yancey tells. Getting to know her beautiful baby, Yancey required a new kind of faith.

Bowler, meanwhile, was in her early thirties, happily married, teaching at Duke, newly mother to a son, and thinking herself (with a little shiny irony) blessed, when her persistent abdominal pain got diagnosed as stage 4 colon cancer.  Trying to understand why she might be suddenly dying, Bowler was stunned not only by the diagnosis but by recognition that she had been harboring some prosperity gospel herself. She had been assuming the sweetness of her life signaled God’s approval of her, that “Jesus is satisfied with you,” as Flannery O’Connor lets one character tell another in her story “Revelation.” Bowler rejects this very American strain of Christianity prioritizing self-rule and self-control. She grieves, prays, receives the care of loved ones and doctors. Bowler soldiers on with insight and humor through the therapy that keeps her going, measuring out more lifespan in two- or three-month increments at a time. She reclaims the label stuck with her cancer diagnosis to call herself an incurable optimist.

Though the writers’ situations differ significantly, threads draw them together. To this reader, both writers seem sometimes sterner in self-judgment than they could be. They rebuff suggestion of behaving heroically, and maybe that is their office, but the might and beauty of the lives they show could use a word like that.

For both, academic work sometimes comes as blessed distraction, sometimes competitor for time and energy in too short supply, but also as a source for understanding real life. History and philosophy teach things we need to know. There is nothing ivory towerish about it. One friend exclaims,  “I don’t know how you’re doing philosophy right now!” as Yancey prepares for comprehensive exams while she awaits her baby, and another informs her that she is losing 8% of her brain capacity during the pregnancy. But Bonaventure, Scotus, Aquinas—whom Yancey calls “faithful friends on the road of God’s love”–help. Philosophy helps her pray and helps her think well about disability. Yancey calls readers to reject presumption that disability must be bad, a loss, but to recognize disabilities as differences, “complicated, hurtful beautiful good and difficult differences, like so many differences that make each of us alive as ourselves and not someone else.” For Bowler, what she has learned about prosperity gospel churches helps her plumb her own reactions to suffering, even as her suffering gives her insight into the people she has studied.

Both writers also demonstrate that suffering calls for the companionship of others—even in the breach. Bowler’s friends write, visit, bustle, sit, listen, give wise counsel. Husbands of both women love their wives first by knowing them, giving care and supporting as no one else can. But company cannot always be kept. Sometimes each goes alone to dark places, in an MRI tube, in a hospital chamber. Sometimes the presence of other people is burden rather than relief. On a macro level, Bowler finds people not great at figuring out how to respond to the prospect of death, and Hilary carries Jackson in a pregnancy culture reeking of brimstone, a culture that loads blame on pregnant women for every possibility that something may go wrong. Closer to home, both writers bear witness to the harm that even well-meaning people do by what they say. People trying to be nice say the wrong things: “It’s so bad that this happened. “Well, it could be worse.” Bowler gets so many dud responses to the fact that she is dying that she invents a taxonomy of what not to say to people in hard situations: at least it’s not as bad as it could be; I promise it will get better; God needed an angel; everything happens for a reason.

Does it? How do you know the reason?

The space left open, blank, by the writers’ situations is cross-hatched by those well-meaning others who offer advice and explanations that do not help or heal.  The dots cannot be connected by assuming God is not, or that faith is insufficient, or that the pain of these things is bestowed as a kind of moral lesson for those who live it or observe it. Not that efforts to explain what things mean is an erring impulse. But we are limited in abilities to discover the order hiding in chaos, just as we are limited in many other ways. The way to approach these pieces of life might not, best, be to try to answer them. Both women walk on in faith and find that Love is in the midst of what each enters. “The truth walks along side us….walks, and keeps walking, down the unlit streets of the future where the arguments can’t follow,” Yancey affirms. “God stands where we will stand.” Bowler walks there too. “God is here. We are loved. It enough.” 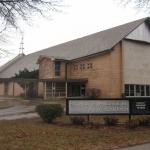 April 24, 2018 Did Evangelicals "Kidnap" the Word Evangelical?
Recent Comments
5 Comments | Leave a Comment
"Thanks for an interesting review. Stubborn patriarchy is one of the more "unbalancing" and ultimately ..."
Howard Pepper The Evangelical Baptists Who Made “Biblical ..."
"You left out an important organization that preceded and in many ways gave birth to ..."
Fran Mayes The Evangelical Baptists Who Made “Biblical ..."
"I had never thought of that."
philipjenkins Books Against Books
"I suspect the "God hates divorce" bit in Malachi and possibly also the entire book ..."
FredClark Books Against Books
Browse Our Archives
get the latest from
Anxious Bench
Sign up for our newsletter
POPULAR AT PATHEOS Evangelical
1