The Inklings and King Arthur

It’s hard to ignore the Inklings. They are a huge force both in high culture and popular culture, and the works of C. S. Lewis and J. R. R. Tolkien have generated income for their estates at a mind-bogglingly vast level that either of those two authors would have found hilarious. My own personal favorite among that group remains Charles Williams, who many consider a modern-day Anglican saint, besides being a major and under-acknowledged influence on canonical figures like T. S. Eliot. That leads me into a discussion of a fine recent book. This blog is by way of a personal enthusiasm, and in no sense a full or detailed review.

By way of background, I have myself published a couple of lengthy pieces on Williams, including essays in Christian Century (paywalled) and in the much lamented Books and Culture. My Baylor colleague Sørina Higgins runs a superb blog focused on Williams, aptly titled The Oddest Inkling. Sørina has now published an edited collection of essays on the theme of The Inklings and King Arthur: J. R. R. Tolkien, Charles Williams, C. S. Lewis, and Owen Barfield on the Matter of Britain. The Williams connection is clear enough, as his two great poetry collections Taliessin Through Logres and The Region of the Summer Stars focused centrally on Arthurian themes. His War in Heaven also concerned the Quest for the Holy Grail. But as Sørina argues, Arthurian ideas were very widespread in British culture and thought in the first half of the twentieth century, and attracted the fascinated attention of the other Inklings. Think of the Merlin material in Lewis’s That Hideous Strength, and of much else in his Ransom Cycle. (Actually, the Charles Williams influence is very strong indeed in That Hideous Strength, which goes far to explaining that element there). In 2013, Tolkien’s poem The Fall of Arthur appeared in print, and that did much to inspire the present project.

To varying degrees, all the Inklings were interested in the pivotal role of Arthuriana in any discussion of myths and mythologies, quests and epics. The Matter of Britain seemed uniquely relevant at a time when British (and English) identities were undergoing such rapid change, facing the crisis of events like the Second World War. And many studying the occult and esoteric in this era began by listening to Wagner’s Parsifal, and took off from there. It was quite difficult in this period to avoid Arthurian imagery and references. Even Eliot’s Waste Land uses the Grail Quest mythology.

The Inklings and King Arthur is a smart and substantial volume of some 550 pages, with essays by an impressive group of scholars. (Main negative feature, seriously: the typeface is so small as to be tough going for anyone at or over middle age!) The book is divided into sections entitled “Texts and Intertexts”, “Histories Past”, “Histories Present”, “Geographies of Gender”, and “Cartographies of the Spirit.” Very appropriately, G. K. Chesterton also appears here in his familiar role as the Lost Other Inkling.

I won’t list all the essays here, but the topics under discussion are extremely diverse, with a good number of essays addressing matters of gender and sexuality – note the whole section devoted to “Geographies of Gender.” Throughout, we are reminded how very close the Inklings were the Modernist concerns and themes that are such a central part of the academic study of literature these days (above all in Williams), and yet often so far removed.

One recurrent theme involves the rhetoric of empire and monarchy, at a time when both were central to British political identity. Both also recalled the Arthurian world, and the image of the divine kingdom and the sacred empire. As always, Augustine’s City of God has plenty to answer for.

I was struck by the number of references to war and warfare, and particularly to the First World War. I have written at this blog recently about how non-Inklings of this era (like Robert Graves or David Jones) likewise used that post-Roman/Dark Age era to make sense of their own war experiences, and to project the concerns of their own era. Graves’s Cuirassiers of the Frontier concerns some post-Roman mounted warriors in the exact era of Arthur, though without mentioning British topics explicitly. That same poem also used “the City” in ways that would have made instant sense to the Inklings, though there is no great sense that Graves was reading them, or vice versa. These were just ideas that were in the culture in the interwar years.

You also see that point powerfully from the very common use of knights and crusaders in the visual symbolism of these years, especially in the post-1918 war monuments. Stefan Goebel has a terrific book on The Great War and Medieval Memory: War, Remembrance and Medievalism in Britain and Germany, 1914–1940 (2007). Every word of that book can usefully be read as background to the Inklings’ Arthuriana.

Anyway, The Inklings and King Arthur is an excellent collection and I hope it finds a wide readership. 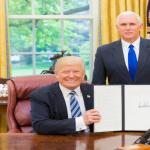 June 14, 2018
There Was No Good Biblical Reason to Give Mike Pence the SBC Stage
Next Post

June 18, 2018 Choice after Humanae Vitae
Recent Comments
3 Comments | Leave a Comment
"Dr. Jenkins, sorry for commenting late, but I believe that many formerly nominal Christians are ..."
Tony Towards 2070: Is The Future None?
"This is excellent! Extremely useful to me : many thanks!You will almost certainly be quoted ..."
Robert LIMB Why A Founding Father of Communism ..."
""Radical" Republicans who were "radical" because they promoted equal rights for black people. You have ..."
Iain Lovejoy Call It What It Is: On ..."
"Only by calling it by its name can we move past it as a nation ..."
Marla Hughes Call It What It Is: On ..."
Browse Our Archives
Related posts from Anxious Bench