Can theology fix the college-party scene? 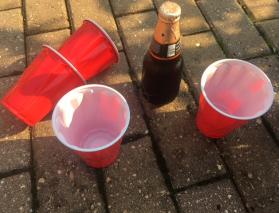 In a recent book, College Hookup Culture and Christian Ethics, Jennifer Beste, Koch Chair for Catholic Thought and Culture at the College of Saint Benedict, proposes theology as the remedy for what’s wrong with the boozed-up, buttoned-down way of doing weekends on campus. “Theology” here does not here mean rules that reserve sex for the marriage bed. Instead Beste proposes insight from a book dear to her and her students, Poverty of Spirit by Johann Metz. For Metz, becoming fully human proceeds “poverty”—from accepting oneself, from dependence on God and others, from love of neighbor in community.  Students can take up that way in their daytimes and nighttimes.

Lest readers too quickly assume their children aren’t out grinding in beer-soaked basements, Beste reveals a day-night personality split in students. By day, a student may be a “responsible young person who successfully manages the myriad demands of classes, jobs, extracurricular activities,” recognized by professors and proud parents as “some hybrid of talented athlete, budding scholar, moral exemplar, religious role model, creative entrepreneur, dedicated volunteer, lover, and protector of the environment.” By night, though, students adopt “an alternate persona…following a completely different value set and social script,” finding “fun, humor, and stress relief in carefree or reckless behavior that often involves excessive drinking and hooking up.”

Troubled by the disconnect between what young people seem to believe and what they report about their social lives, Beste dispatched students as ethnographers to observe and reflect on weekend alcohol-and-hookup culture. The students’ words are self-aware, perceptive. They explain that “being a college student today often involves negotiating between two identities.” They describe party environments ripe for abuse and rife with it. No one seems to want it, but many feel obliged to party this way because this is what college “is about.”  Beste warns readers against dismissing students’ words, and against seeing this as the same old same old. This is not the raucous frat party of old folks’ fond hazy memory, but a newer and regrettable product of competitive, individualist, social-media-driven standards.

While other scholars have interpreted this party environment as positive for men and negative for women, Beste argues, from the students’ own reports, that both men and women find this scene unsatisfying. Both long for something better, for authenticity, relationships, actual romance.

It may be easy to rue college-party culture, but what does this have to do with religion? Religion is part of Beste’s solution in part because it easily can be part of the problem. The book’s starting premise, building on the work of Donna Freitas, is that the moral teaching provided by most Christian communities becomes irrelevant once the sun sets.

“Since the majority of my students grew up Christian, readers may wonder why their identities were not formed more solidly and successfully on core Christian beliefs and values. As undergraduates in my classes have shown with remarkable consistency, a Christian upbringing does not represent a significant countercultural sway against the influences of peers, family, school, popular culture, social media, and so on….Not one student reported his or her religious community offering effective countercultural space in which to form a primary identity based on the notion that one is made in the image of God and is in relationship with God….Overall, the Catholic and Protestant congregations in my students’ lives apparently did not articulately clearly and forcefully enough the dangers of developing identities based on success, achievements, wealth, and possession.”

The way forward may include renouncing idols of materialism and selfishness. Bringing religion into the mix does not mean, for Beste, a conventional remoralizing. Instead, Beste shows that Poverty of Spirit calls readers to more fully human way of being through accepting one’s limits and treating others as ends in themselves, rather than as means to fleeting enjoyment. Justice rather than repression might be what can change party culture. Provocatively, Beste notices that the same students passionate about justice and fairness by day step into a party mode that is at base exploitative and unjust. With texts like Poverty of Spirit, Beste hopes that students with and without religious commitments might “experience Christian ethics as a rich context for thought-provoking questions and life-giving insights about who they really are, how they should relate to others, and what really matters in life.”

Noteworthy among the failings of Catholic and Protestant communities to shape youth, Beste announces a single exception: “With the exception of students at evangelical colleges, college students reported that their religious beliefs had little to no influence on their sexual and social lives.”  Evangelical colleges have experienced their own troubles over sexual attitudes and behaviors.  Still, the exception may point out limits to the author’s laudable solution. Beste exhorts religious communities not to waste time pressing abstinence and prudery, concluding that the single shift most needed to establish just, inclusive culture is “abandonment of a taboo, judgmental approach to sexuality and the embrace of a justice and fulfillment approach.”

But maybe those are not best seen as binaries.

“Instead of operating from an all-knowing and judgmental stance, religious traditions might focus their energies on sharing their rich and distinctive theological and spiritual resources to encouraging critical deconstruction of dehumanizing, reductive narratives of sex, relationships, success, and happiness,” the author argues. Perhaps, though, a religious tradition’s rich and distinctive theological resources include seeing the person in such a way as to rule out using the body as tool, understanding spousal union as sacramental, or considering procreative and unitive aspects of sexuality inextricably braided together. Using this tradition’s resources would require “just sex” to entail more than equality and mutuality.

At end, Beste’s call to action is hard to refuse. Party culture is not just a problem for college administrators. Religious groups should take up Beste’s challenge to “use their resources to engage in open dialogue…about one’s authentic self, life’s purpose, fulfillment, and justice for themselves and their communities.”

August 10, 2018
The Painter, the Magi, and the Global Church
Next Post 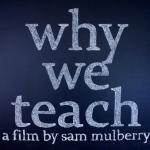 August 14, 2018 Why We Teach: Inspiration for the Start of a New School Year
Recent Comments
3 Comments | Leave a Comment
Browse Our Archives
get the latest from
Anxious Bench
Sign up for our newsletter
POPULAR AT PATHEOS Evangelical
1

Evangelical
4 Things I Want My Students to Know...
Anxious Bench

Get High-Level Mentoring & Connection
If you like Frank’s quotes, articles, blogs, and podcasts, you’ll love THE...
view all Evangelical blogs
What Are Your Thoughts?leave a comment
Copyright 2008-2020, Patheos. All rights reserved.