This past Christmas season was darkened by the loss of a great friend who was also an excellent Biblical scholar, Gary Knoppers. He was only 62 at the time of his death.

I had known Gary for thirty years, mainly through his time at Penn State, where he variously belonged to Religious Studies and CAMS (Classics and Ancient Mediterranean Studies), and he headed that latter unit. We also belonged to the same Episcopal church, of which he was an ever-dependable pillar. In 2014, he moved to Notre Dame, where he served as John A. O’Brien Professor of Theology.

Gary was a magnificent scholar, but what registered with most people he encountered was his extreme gentleness and consideration – doubly so given his impressive physical scale. As one of my daughters aptly remarked, many years ago, “He’s even taller than Daddy – and Daddy’s a giant!” In any setting, Gary was a voice for sanity, decency, and reason. Whatever else he achieved in life, his absolute priority in life was always his family, his wife and his children.

Just looking at the sober scholarly themes he addressed so meticulously, you would never guess the wonderful and playful sense of humor that so informed his life. As his department head in the mid-1990s, I remember putting together his file for tenure and promotion. He and I had a manic series of conversations about drafting a letter of evaluation for the college committee, but drawing the whole text from his particular field of study (“He is a mighty man of valor” … “There is none like unto him in the Land of Israel”….). Fortunately for his later career, I never dared submit it, and eventually decided to go with something more mainstream.

I did learn one life lesson from dealing with him. As unit head, I would on occasion send him what were intended to be generous memos approving funds for travel or research support. While expressing his thanks, he would also helpfully return my memos to me fully edited for sense, meaning, and punctuation. He just couldn’t stop himself. The moral: never work with a textual scholar of his abilities, or if you do, put nothing in writing.

That Wikipedia page I cited gives a list of his extensive publications, which mainly focused on the historical traditions of ancient Israel, and especially the books of Chronicles and Ezra/Nehemiah. Roughly, his main interest was the Persian period of Jewish history, from the mid-sixth century BC through the late fourth. Although this was a richly creative era in terms of the literary and Scriptural heritage, many details of the time remain obscure, and it provided abundant opportunities for careful critical scholars like Gary.

Because of my own interests, I particularly admire his path-breaking work on the Samaritans, which found powerful expression in his Jews and Samaritans: The Origins and History of Their Early Relations (Oxford University Press, 2013). High on my current wishlist is the collection he edited with Magnar Kartveit, The Bible, Qumran, and the Samaritans (De Gruyter, 2018).

As it is so removed from my own work, I scarcely feel able to do justice to his larger scholarly contributions. Fortunately, one of Gary’s doctoral students was Deirdre Fulton, who is now a colleague of mine at Baylor University, and who is in her own right a rising star in the world of Hebrew Bible/Old Testament studies. At my request, she has very kindly agreed to write a comment on “Gary Knoppers’s contribution to the field of Biblical Studies,” which here follows.:

The Contribution to Biblical Studies

Gary Knoppers’s scholarship primarily focused on the historiography and literature of the Deuteronomistic History (The Former Prophets) and the Second Temple Period (especially Chronicles, Ezra, and Nehemiah). His scholarship is well-regarded by North American, European, Israeli, and other colleagues, and he was a regular speaker at conferences and universities throughout the world. Indeed, he was well-versed in what is known as higher and lower criticism, specifically focusing on the areas of historical, textual, and redactional criticisms of the Hebrew Bible/Old Testament.

Gary’s dissertation from Harvard University, What Share Have We in David? The Division of the Kingdom in Kings and Chronicles, was later substantially revised and became his two-volume book, Two Nations Under God. (1) While he was trained in what is known as the “Harvard School” of biblical criticism–and was greatly influenced by his Doktorvater, Frank Moore Cross, Jr.–Gary was also adept in the “Göttingen School” of thought and adopted aspects of this in his work as well. These two institutions (Harvard and Göttingen) were the intellectual centers of thought in the mid-late 20th century for understanding how the books of Joshua through Kings were gathered and finally crafted into a unified composition.

Gary was a very careful reader of the biblical texts, and many of his articles and works reflect this. He oftentimes tackled what one could classify as “discrete questions,” particularly related to textual and historical issues, thoroughly reviewing the previous scholarly work on the topic as well as considering the multiple textual traditions, ancient Near Eastern and classical sources. Any article of Gary’s provides a thorough literature review of the previous scholarship on the topic.

His most well-known scholarship is in the books of Chronicles, on which he published a number of very important articles as well as his two-volume commentary on 1 Chronicles for the prestigious Anchor Bible Series. (2) In more recent years, he also published on Ezra and Nehemiah, as well as the broader questions about the history and thought of the Samaritans. His most recent (single-authored) book, The Jews and the Samaritans, is a synthesis of Samaritan studies from biblical and classical sources. (3) Drawing on his work in biblical studies as well as his broader interest in ancient Near Eastern sources and archaeology, Gary’s study on the Samaritans exhibits his expertise in areas beyond the biblical texts.

Gary was also adept at bringing scholars’ work together in edited volumes. He edited a number of books on topics including the Pentateuch, the Deuteronomistic History, identity and identity formation in biblical texts, Covenant in the Persian Period, and Second Temple Period Studies, to name a few. (4) These volumes are well-regarded by biblical scholars and also reflect his unique ability to work with many scholars from different universities and perspectives.

Finally, Gary was known for his kindness. He encouraged his students to speak kindly about the work of others, arguing that the academy is best-served when it is respectful of perspectives that may differ from one’s own. If one reads Gary’s work carefully, one may see this philosophy reflected everywhere in the way he wrote. 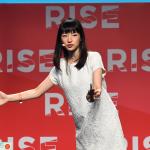 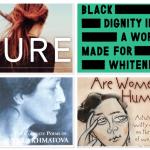 January 15, 2019 12 Books by Women You Should Read This Year
Recent Comments
1 Comment | Leave a Comment
"This is a good historical analysis which deals with very complex issues that have influenced ..."
Ralph Weitz Can Northern Evangelical Institutions Survive Evangelicalism’s ..."
"Well, I'd say the version of feminism that says, "A woman without a man is ..."
NorrinRadd It’s a Small, Small Complementarian World ..."
"It seems to be common that the publishers of these various Comp. sites lack the ..."
NorrinRadd It’s a Small, Small Complementarian World ..."
"Independents are just lazy and ignorant, especially of economics."
Roger McKinney Neither Democrat Nor Republican: The New ..."
Browse Our Archives
get the latest updates from
Anxious Bench
and the Patheos
Evangelical
Channel
POPULAR AT PATHEOS Evangelical
1