Unless you have been living in a cave, you will undoubtedly have noted the furious American wars in recent years over historical commemoration, and the appropriate attitude to individuals associated with racism or slavery. Often, these debates focus on the Civil War and Reconstruction era, but that might be about to change. A couple of years ago, I suggested that the next battlefield might involve the Founding Fathers themselves. And you will soon, assuredly, be hearing the explosive name of John Murray, the fourth Earl of Dunmore.

We know how dramatically attitudes toward the civil war have changed in recent years. Who, today, is prepared to stand up for those who fought for the cause of human enslavement? But surely, we might think, the Revolutionary War is an utterly different matter. Was it not a paradigmatic struggle for human liberty and national aspirations, embodying at once the highest goals of Christian humanism and the Enlightenment?

But think about that Revolutionary War. Virtually all the great leaders from Southern states were of course slaveholders and plantation owners, usually on a very large scale. That taints not just Washington and Jefferson, but such paladins as the Madisons, Monroes, Lees, Rutledges, Harrisons and Randolphs. Even if the northern Patriots rejected slavery, were not all sections combined in a common political cause?

Well yes, you might object, those Southern Patriots did indeed hold slaves, but slavery as such was not a core issue in the war, as it would become in the 1860s. Slavery was a regrettable fact of the time, but in no sense was this a war for slavery. But that point brings us to Lord Dunmore, of whom we can expect to hear a good deal in the next few years.

A Scot, Lord Dunmore was the last royal governor of Virginia, where he struggled mightily to resist the revolutionary upsurge. As part of that effort, in November 1775, Dunmore issued a Proclamation that included these ringing words: “I do hereby farther declare all indentured Servants, Negroes, or others, (appertaining to Rebels), free that are able and willing to bear Arms, they joining his Majesty’s Troop.” Those fugitive slaves were not just to be freed, but armed.

In the context of a slave-owning society terrified of slave revolt and bloody insurgency, this was invoking the nuclear option, and as such, the Proclamation was widely and furiously condemned. But it had a potent effect. Through the war years, and not just in Virginia, many slaves did indeed abandon their masters and seek British protection. Black Loyalists became a potent element within British armed forces throughout the American colonies, where they constituted such individual units as the Royal Ethiopian Regiment, the Black Brigade, and Black Pioneers. Finding refuge for those thousands of Loyalists posed massive problems for the British at the end of the war.

Not for a second am I presenting Lord Dunmore as an abolitionist visionary. He owned slaves himself, and had refused pressure to ban the slave trade. But the fact remains that his Proclamation and other similar local actions did, arguably, make slavery a major issue of the war, and one in which, so to speak, the British were on the side of Truth, Justice, and the Anti-American Way.

Will the next campaigns for historical commemoration be waged against all the heroes of that revolutionary struggle, and certainly all the Southerners? Such a move would be far more sweeping in its implications than the present anti-Confederate movement, which targeted leaders in revolt against the national government. But this next phase would seek to discredit and remove the nation’s founders – in effect, to reject the whole project of national independence as a manifestation of White Supremacy. And in their place, all we would have to celebrate would be British commanders, such as Lord Dunmore himself.

Far-fetched, you think? Come back in a couple of years and we will see. 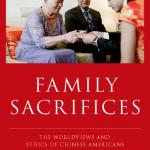 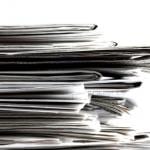 February 10, 2019 The SBC Report and the Importance of Journalism
Recent Comments
2 Comments | Leave a Comment
"I Cant get enough of the ed"
Draigon Recovering Liberal Democratic Norms in Christian ..."
"Now I caught up! *sigh*Z.DAOFI.CASH/z5639E"
jkgbrz Can Pluralism Work in Christian Higher ..."
"Make a list... that vs all the shootings by white-right treasonous Trumpoids. El Paso Walmart, ..."
Michel Inquisitions, Witch Hunts, and Conspiracy Theories
"whom was the guy that shot up the Congressional ball team !?"
Frank Holzhauser Inquisitions, Witch Hunts, and Conspiracy Theories
Browse Our Archives
Related posts from Anxious Bench