How Much Religious Freedom Is Too Much?

How Much Religious Freedom Is Too Much? May 9, 2019 johnturner

In a convoluted New York Times op-ed published this past Tuesday, Margaret Renkl argued against  religiously grounded stupidity and religiously grounded exemptions from generally applicable laws. The online headline — which she might not have written — grabbed my attention: “We Are Taking Religious Freedom Too Far.”

In her piece, Renkl criticized a Louisiana public school that blatantly ignored Supreme Court jurisprudence by having students read the Lord’s Prayer each day after the Pledge of Allegiance; a Nashville baker who refused to bake a wedding cake for a same-sex wedding; employers who don’t offer their workers health insurance that covers birth control; and ultra-Orthodox Jews (or others) who refuse to vaccinate their children.

Renkl’s first example is a blatantly unconstitutional establishment of religion, not a matter of religious freedom. (One might ask why schools cannot follow “one nation under God” with the Lord’s Prayer, but that’s a separate matter).

Her next two examples — the wedding cake and health insurance — have been the subjects of recent and controversial Supreme Court cases. Renkl writes that “it’s illegal for a store owner to discriminate against customers because they happen to belong to a group against which the shopkeeper harbors a personal prejudice.” It is true, as she writes, that “it’s illegal for a racist to open a restaurant that serves only white people.” It is probably illegal for bakers to refuse to bake any cakes for customers because they don’t like those customers’ sexual orientation. However, it is not currently illegal for bakers to refuse to bake cakes for same-sex weddings. (It’s also worth noting that public accommodations laws differ among states). Based on the Hobby Lobby case, it’s also not illegal for corporations to offer their employers health insurance that does not cover birth control.

Most states require children attending public schools to receive vaccinations, but they also offer exemptions if individuals object for religious or other reasons.

Renkl concludes that “it’s long past time for lawmakers in this country to propose a much more reasonable definition of religious freedom.” What is that, for Renkl? “The Constitution protects my right to believe whatever I want to believe,” she comments, “…[not] the right to expose innocent people to unnecessary suffering.”

It’s hard to tackle these four very different issues in one fell swoop. No Lord’s Prayer in public schools. That was easy. After that, though, it’s tricky. What does the free exercise of religion entail? Does the First Amendment protect only the freedom to worship or to hold religious beliefs, or does “exercise” entail living out one’s religious beliefs in the public sphere?

What, then, are the proper limits of religious exemptions from generally applicable laws? Hardly anyone would argue that there should be no religious exemptions. Supreme Court decisions that provided exemptions for Jehovah’s Witnesses who refused to salute the flag were wise. Other instances might be guided by common sense. Do we want to force Catholic charities to in any way participate in helping their employees obtain health insurance that covers birth control? I am still baffled that the Obama Administration thought it was a good idea to take on the Little Sisters of the Poor.

What about evangelical bakers? Renkl contends that “if you’re a baker whose religious convictions prevent you from baking a wedding cake for a gay couple, then you need to find a line of work that doesn’t involve selling wedding cakes from a public storefront.” Perhaps not, according to the Supreme Court (which technically held only that government officials bigoted against Christianity could not prosecute evangelical bakers who won’t bake cakes for same-sex weddings, leaving open the question of whether or not non-bigoted government officials could prosecute evangelical bakers for the same thing).

I don’t think refusing to bake a cake is akin to either making students listen to the Lord’s Prayer or exposing children to potentially fatal illnesses. I do think in the long run that religious businesses and individuals are going to lose most of these public accommodation cases. And they should. There isn’t really a reasonably less restrictive way that the government could fulfill its anti-discrimination interest than to compel businesses open to the public to serve all comers without regard to sexual orientation.

At the same time, Americans on all sides of these issues should display more concern for the liberty of others. It’s a bit rich to say that someone who has been baking cakes for a long time needs to find a new line of work because he doesn’t want to celebrate suddenly legal events that conflict with his religious views. One might disagree, but surely one can understand this. And it’s at least as callous to say that a same-sex couple can just find another bakery. That’s a very restrictive solution. Still, in a big, diverse, and mostly free country, it’s somewhat baffling that we can’t find a way to have same-sex marriage and evangelical bakers.

Historically, most Americans have cherished religious liberty, but they have disagreed vigorously about its meaning. It’s not that we have too much religious freedom. Rather, religious freedom is ill-defined, in part because the “free exercise” clause is vague and because religion is difficult to define. At the same time, most of us want more freedom for ourselves and cannot even fathom the ways that others desire freedom. 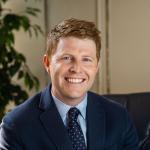 May 8, 2019
The Latin American Evangelical Left: An Interview with David Kirkpatrick
Next Post

May 10, 2019 Miraculous Draughts
Recent Comments
2 Comments | Leave a Comment
"Actually, a couple of things are at work here. England was radically different because Common ..."
philipjenkins Of Revivals, Convulsions, and Witchcraft Panics
"As I understand it, in Spain, ironically, the witchcraft craze scarcely happened at all because ..."
Iain Lovejoy Of Revivals, Convulsions, and Witchcraft Panics
"All fair comments. I was mainly thinking of their relationship to the respective institutional churches. ..."
philipjenkins Of Awakenings, Convulsions, and Writing Christian ..."
"Oh, okay. I do see parallels in the sociological and emotional senses.I was thinking more ..."
Daniel Wilcox Of Awakenings, Convulsions, and Writing Christian ..."
Browse Our Archives
get the latest updates from
Anxious Bench
and the Patheos
Evangelical
Channel
POPULAR AT PATHEOS Evangelical
1