The Myth of Puritan Intolerance (Part II) May 23, 2019 johnturner

A few weeks ago, I suggested that the “myth” of puritan intolerance is “not very useful for understanding the history of seventeenth-century New England” in part because “it implies that New England’s leaders were outliers within the trans-Atlantic world they inhabited.” The reality is that the Congregational ministers and magistrates of New England “were quite ordinary in their desire for religious uniformity and their determination to punish stubborn heresy.” In this week’s post, I will flesh out these suggestions.

It is important to recognize that pretty much everyone in the seventeenth-century trans-Atlantic world disliked certain religious groups (and usually, a lot of certain religious groups). Disliked is a weak term. Generally, there was a tremendous amount of religious repulsion, loathing, and fear. Among English Protestants, those loathed groups included Catholics, Brownists, puritans, Familists, Baptists, Quakers — you get the point. 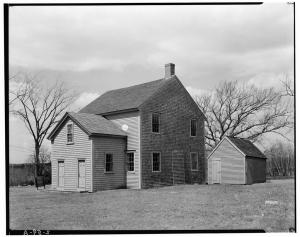 Of course, there’s a big difference between loathing members of a certain religious group and wanting to whip, imprison, or kill them. Roger Williams loathed Quakers and regarded them as rank heretics. Williams also had some very negative things to say about Native religious practices, which he understood as idolatry. The founder of Providence, however, was unusually resolute in his support for religious toleration. The extremely intolerant Williams tolerated what he loathed.

Society of Friends Meetinghouse, North Pembroke, Massachusetts, photograph by Arthur C. Haskell, 1934, courtesy of the Library of CongressLet’s start by stipulating Williams as an outlier, at least for the middle part of the century. What did things look like for the Quakers elsewhere, for instance?

We’ll begin in New Plymouth in 1659. That fall, several “foreign” Quakers passed through the colony, including Mary Dyer, William Leddra, and Peter Peirson. For several years, Quaker missionaries and converts had vexed and divided New Plymouth’s leaders. Quakers had been whipped, imprisoned, fined, and banished, but the Friends had convinced many settlers in the town of Sandwich and also gained adherents elsewhere. None of the colony’s anti-Quaker laws had stamped out the movement. While non-Quakers generally loathed the Quakers, the colony’s settlers and magistrates were divided about taking additional measures. A few hardliners would have followed the example of Massachusetts Bay and have executed Quakers who returned to the colony after banishment. Gradually, however, most settlers concluded that attempts to eradicate Quakerism were as bad as the Friends themselves.

By the time Dyer, Leddra, and Peirson visited Plymouth, the magistrates imprisoned and fined them, but then tried to get them on their way as quickly as possible. Dyer left without much fuss. Leddra and Peirson were cagier. They refused to pay the fine. The magistrates told them not to worry about it. Would they just leave? They could even take a few days and wait for nice weather. The magistrates only wanted an assurance that the pair wouldn’t return. As was customary with the Friends, the missionaries would not make that promise. They would go wherever the Lord told them to go. And it was impossible to know God’s mind in advance. They remained in jail for six months. “If I were at liberty out of prison,” Leddra suggested, “I might depart in the will of God ere long.” It isn’t clear whether the magistrates or the missionaries backed down, but I suspected Plymouth’s rulers took their chances and set them free.

After their stints in Plymouth’s jail, both Leddra and Dyer went to Massachusetts Bay, which had previously banished them. Bay Colony leaders had already brought Dyer to the gallows on one occasion, sparing her at the last minute. They hanged her in June 1660 and executed Leddra the next spring. He was the last of four Quakers executed in Massachusetts Bay, which continued to whip Quakers for another decade.

By our twenty-first century standards (and by the standards of the Friends or Roger Williams or John Milton), the leaders of both Massachusetts Bay and Plymouth were “intolerant.” So were those many men and women who supported the anti-Quaker policies, which had considerable popular support. Perhaps Plymouth Colony comes out looking better because it only whipped, jailed, fined, and banished Quakers, but the ministers and magistrates of both colonies believed that they had a duty to punish heresy and what they regarded as sedition and social disorder.

At the same time, one has to keep in mind that England was not a paradise for religious dissenters, before the Civil War, during the Interregnum, or after the Restoration. English authorities did not execute any Quakers (though Parliament very nearly imposed the ultimate penalty on James Nayler), but officials, judges, and townspeople subjected Quakers to many kinds of persecution from the 1650s into the 1680s. Friends had feces rubbed on their faces and had their hair pulled. Mobs ransacked Quaker meetinghouses. Many Quakers went to prison, especially in the wake of (non-Quaker) uprisings against the restored monarchy. Scores of Quakers died in noxious jails. Like other religious dissenters, moreover, Quakers suffered significant civil disadvantages.

The persecution of Quakers in England was episodic and dependent not only on the whims of monarchs but on local circumstances and magistrates. That was true in New England as well. The colonies of New Haven, Connecticut, New Plymouth, and Massachusetts Bay were all “puritan.” They all had established Congregational churches. But outcomes for religious dissenters varied from place to place. In reality, moreover, the Congregational magistrates of each colony often were divided among themselves. In New Plymouth, for instance, there was a rough split among the magistrates between those who wanted harsher measures against Quakers and those who favored more toleration. In Massachusetts Bay, distaste for harsh persecution opened similar divisions.

So, were New England’s Congregational rulers intolerant? Of course. But they were not monolithic in their approaches to religious dissent, and it’s not at all clear that on balance New England was a bastion of intolerance within the trans-Atlantic world. This is true whether we take Laudian, Interregnum, or Restoration England as a starting point. In the final post in this short series, I will reflect on how Americans have found the myth of puritan intolerance useful. 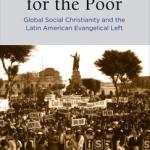 May 22, 2019
The Latin American Evangelical Left: An Interview with David Kirkpatrick, Part II
Next Post

May 24, 2019 The Sinner Finds Peace
Recent Comments
3 Comments | Leave a Comment
"Great topic, and a terrific discussion."
philipjenkins Tejano Methodism, Material Culture, and COVID
"The fastest growing religion in Sub-Saharan Africa, Carribean (Haiti, Jamaica, Dominican Republic etc), Central America ..."
Paul Juma Biblical Authority amidst American Christian Division: ..."
"Let us know when your book is on the NYT best seller list."
Enlightened Do Evangelical Churches Have a Catechesis ..."
"It's the habit of historians to use historical examples of practices as proof of the ..."
Leigh Ann It’s A Small, Small (Complementarian) World
Browse Our Archives
get the latest updates from
Anxious Bench
and the Patheos
Evangelical
Channel
POPULAR AT PATHEOS Evangelical
1