Last week, David Garrow published his analysis of a cache of FBI notes about its surveillance of Martin Luther King, Jr.’s adultery. The piece has generated controversy among historians, but, I would argue, not nearly as much as it should. Many things are at stake. King’s reputation. FBI harassment of King and the Civil Rights Movement more generally. A serious crime. The ethical use of sources.

Before I weigh in on this, I think it’s worth noting that white evangelicals generally do not have the greatest credibility when it comes to King and the Civil Rights Movement. White evangelicals — and not just in the South — were among the most ardent opponents of King and his movement. For a primer, see Carolyn Dupont’s Mississippi Praying, which I reviewed here and here several years ago.

Still, I think we have an obligation to think through the issues involved in this unsavory subject, which is bound to turn up the next time we assign Letter from a Birmingham Jail or discuss King in the classroom. In fact, I think it would be very worthwhile to discuss Garrow’s piece with undergraduates as a way of thinking through issues of evidence, fairness toward victims of alleged sexual crimes, and hagiography. Moreover, King is not just an important figure for American political history. He’s a pivotal figure in the history of American religion.

So, here’s my thinking through:

1. Americans have made King and Rosa Parks into secular saints. Schoolchildren, certainly by high school, are probably more to know something about King and Parks than about any other non-president figures in U.S. history. They are spoken of with reverence. It is always “Dr. King,” for instance. King is a Christ-like figure in U.S. history, someone who gives his life on behalf of his people.

2. This reverence for King among white Americans is very contrary to how most white Americans thought about King throughout most of the Civil Rights Movement. Certainly, a good number of white Americans admired King in the 1950s and 1960s, but he attracted far more venom than most Americans would suspect. Many Americans conservatives in particular suspected King of communism. The charge wasn’t something just cooked up at FBI headquarters. Jesse Helms repeated it when Congress debated establishing the Martin Luther King, Jr. Day.

3. My biggest takeaway from Garrow’s essay is a reminder that the FBI engaged in a systematic effort to discredit King and the movement he led. The FBI identified its goal as “neutralizing King as an effective Negro leader.” With a green light from Robert Kennedy, the FBI harassed King for years. They didn’t just bother him. They encouraged him to commit suicide. And King was just one African American target of FBI surveillance and infiltration. The FBI undertook these operations not only because they suspected King of Communist links but because they wanted to undermine the Civil Rights Movement.

4. It is obvious that FBI transcripts (and annotations on those transcripts) need to be regarded with caution. I would not draw conclusions about King based only on these notes. At the same time, I don’t think historians should dismiss them, and many historians will want to listen to the tapes themselves when they become available in 2027. Furthermore, I do not blame Garrow for utilizing notes of FBI tapes he cannot currently hear. Should he have sat on the information he acquired through his impressive diligence? I don’t think so. King is too important of a historical figure.

Should he have protected the names of King’s purported romantic partners? Barbara Ransby, in a very well-argued piece for the New York Times, argues yes:

Mr. Garrow’s piece also names numerous black women, most of them dead, who were allegedly Dr. King’s willing romantic partners, delving into their private lives without their consent or any compelling reason. This is as reckless and unethical as the actions of newspaper tabloids that circulate titillating gossip to sell papers.

I am not sure. If I worked on the biography of a historical figure and discovered that he or she had an affair, I think I would name names, especially if they were of deceased persons.

5. That King had extramarital affairs is well documented. That he had as many as Garrow alleges is not corroborated. While I do not think Garrow was obliged to sit on his evidence, I do think he felt pressure to publish his piece before making a more thorough attempt to corroborate the information he gleaned from the FBI notes.

Let’s presume that King engaged in serial adultery. To what extent does that matter for historians? It’s certainly important for anyone writing about King, a very important piece of his biography. But it’s much less important in terms of the history of the Civil Rights Movement. When we look at the broader sweep of history, the relatively common failings of men and women are not overly noteworthy.

6. The most explosive charge, though, relates not to adultery but to King’s presence during an alleged rape and his encouragement of this violent crime.

The group met in his [Logan Kearse’s] room and discussed which women among the parishioners would be suitable for natural or unnatural sex acts. When one of the women protested that she did not approve of this, the Baptist minister [Kearse] immediately and forcibly raped her,” the typed summary states, parenthetically citing a specific FBI document (100-3-116-762) as its source. “King looked on, laughed and offered advice,” Sullivan or one of his deputies then added in handwriting.

Mr. Garrow walks the reader through the graphic details of what 1960s F.B.I. agents described as Dr. King’s consensual encounters with numerous women. Whether or not Mr. Garrow intended it, the attention in his essay to these reports reads to me as an effort to offer circumstantial evidence to support an allegation of a rape that purportedly occurred in Dr. King’s presence.

The claim is a bombshell. Is it outlandish to think that there might be some chance of learning corroborating (or non-corroborating) evidence from other sources, even from interviews with the children of the people allegedly involved in this crime?

If more evidence comes to light that King egged on a rape, then, yes, of course, Americans would have to collectively think through how we commemorate this man.

7. All of this points to the danger of making saints out of historical figures. Undoubtedly, humans have a need for heroes, but we have every reason to be very cautious in our construction of heroes. Historians have an obligation to sift through all of the available evidence when it comes to reaching conclusions about the people we study. Christians, moreover, have a mountain of examples from the Bible about the likelihood that humans will exhibit  feet of clay. Abraham. David. Peter.

8, and finally, I entirely agree with David Greenberg’s denunciation of the “troll-like schadenfreude peppering right-wing media in the last few days.” It’s not even just right-wing media. It’s the human desire to see those on pedestals taken down a notch or two (or in this case ten). Sometimes this serves to make us feel better about ourselves. Or sometimes we just enjoy the salacious details and drama of a story such as this. These sorts of reactions are mean and misguided. No one should take pleasure in this story. Even setting aside Garrow’s bombshell, think about the pain that King’s extramarital behavior must have caused many individuals. There’s a subset of Americans who have never come around on the Civil Rights Movement, who feel about King much the way that many white Americans felt in the 1950s and 1960s, or the way that Jesse Helms felt in the early 1980s. It is a shame that they would relish the potential posthumous fall of an American hero. 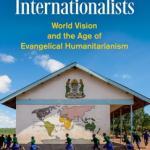 June 5, 2019
God's Internationalists: An Interview with David King about the History of World Vision
Next Post

June 7, 2019 Pentecost and the Chasm of History
Recent Comments
5 Comments | Leave a Comment
Browse Our Archives
get the latest from
Anxious Bench
Sign up for our newsletter
POPULAR AT PATHEOS Evangelical
1

The Doctrine of Original Sin as...
Cranach
Related posts from Anxious Bench