On the day Americans commemorate their separation from Great Britain, why not spend some time thinking about the time the 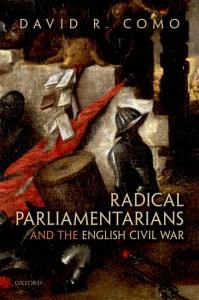 English themselves abolished monarchy and beheaded their king?

In his Radical Parliamentarians and the English Civil War, David Como’s “chief goal … is to help explain how the English Civil War metamorphosed into an English Revolution.” His subjects are those “supporters of parliament who championed the most exalted notions of parliamentary authority,” those who became the fiercest opponents of the king and wanted the most thoroughgoing reformations of church and state. These radical figures include well-known figures such as John Lilburne, Richard Overton, and William Walwyn, but Como casts a wide net. His book abounds with printers, brewers, and petitioners who formed uneasy coalitions with politicians who wanted their support but often sought to tamp down their sharpest edges.

A quick word on historiography and this book’s importance. Como notes that the last several decades have seen a reaction against both the Whiggish accounts of the 1640s and against Christopher Hill’s emphasis on the radical elements of the English Revolution. “The idea of an ‘English Revolution,'” Como explains, “was shorn of status and stature, a move accompanied by a change in nomenclature, as historians retreated from the language of ‘revolution,’ typically in favor of the more neutral ‘civil war.'”

As Como notes, this downgrading of the English Revolution to what are sometimes called a series of “civil wars” is unsatisfying. After all, the House of Commons condemned the Archbishop of Canterbury and King Charles to their executions, abolished monarchy as “unnecessary, burdensome, and dangerous to the liberty, safety, and public interest,” did away with the House of Lords as well, and for all intents and purposes eliminated a national church. What Como wants to do is remove the mystery as to how “a society, seemingly steeped in custom, monarchical institutions, the ancient constitution … pulled itself apart.”

Rather than seeking for a simple, overarching explanation (e.g., religious zealotry, the alienation of a people from their king, etc.), Como immerses his readers in the nitty-gritty of printers, preachers, and parliamentary coalitions. For instance, he narrates the activities of what he terms the “Margery Mar-Prelate Press,” a press established in March 1640 to support the Scottish Covenanters. Previous historians were uncertain whether or not the press operated in London or in the Low Countries. Como finds that the Margery Mar-Prelate printers employed letters and ornaments that created the impression that it was a Dutch operation, but he demonstrates that the press was based in London. “The ruse worked admirably for almost four centuries,” Como observes. By using “Margery Mar-Prelat” as their imprint, the secret printer linked their efforts to the Martin Marprelate press of the late 1580s.

The printers in question — including Richard Overton — were not only interested in Scotland. They also agitated for reforms to England’s church and its government. They printed Samuel How’s The Sufficiencie of the Spirits Teaching, in which the cobbler-turned-preacher contended that any Christian — if inspired by the spirit — could preach. How warned that learning often obscured gospel truth. The press’s titles also included Englands Complaint to Jesus Christ, probably authored by Henry Burton (who had had his ears cropped in punishment for publications in the mid-1630s). Englands Complaint was not only about the alleged corruptions of its church establishment. It was also about the relationship between king and people. Burton denounced Charles’s “Ship Money” taxes as a violation of the ancient covenant between kings and their subjects. In response, Burton argued:

is it not now high time for the whole State either to labour to heale the breach, or if necessity (when there is no other remedy) to stand up as one man to defend themselves and their Countrey, untill the faction shalbe utterly cashered, and so the King reform himselfe, and renew the Covenant and Conditions of the Kingdome to the good and just Satisfaction of the People.

What emerged were new systems of politics, including but not limited to the unprecedented outpouring of printed works: conferences and meetings, signature-gathering petition campaigns, street demonstrations, placarding, the circulation of manuscripts and tracts. Como wisely draws no hard lines between popular politics and the “high” politics of Westminster. Rather, these new or expanded forms of political activity “were sometimes overseen, or at least winked at, by powerful grandees at the core of power.”

The net result was what Como carefully calls “a crude republicanism,” which emerged in part simply because Parliament carried without a king. The key point here, though, wasn’t anti-monarchism but rather “the centrality of parliament and parliamentary supremacy.”

Como also documents a shift in the way that at least some English people conceptualized liberty. The 1640s brought forth a welter of arguments for “liberty of conscience,” which could mean anything from a “narrow latitude for scrupulous Protestants” to a full-fledged religious liberty for anyone. The latter point typically included an argument that kings and magistrates had no authority over the conscience (an argument articulated by the Baptist Thomas Helwys in the early 1610s). At the same time, however, advocates for religious toleration in effect made liberty of conscience into a political right, “indeed the most fundamental political right, which was increasingly folded into a generic package of other political rights deemed to be due to a free people.” Over time, growing numbers of people on both sides of the Atlantic considered liberty of conscience, freedom of the press, freedom of speech, and other liberties to be “the common rights of mankind.” The Restoration, of course, marked the immediate failure of many of these ideas, but they continued to shape “the course of politics for generations.” 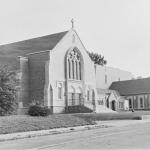 July 3, 2019
Growing Up in America’s Segregated South
Next Post 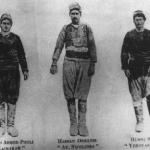