Who Is an Evangelical?

It’s Founder’s Day at the Bench. Thomas S. Kidd is James Vardaman Distinguished Professor of History at Baylor University and Distinguished Visiting Professor of Church History at Midwestern Baptist Theological Seminary. He is also the founding blogmeister of the Anxious Bench. We are very pleased to welcome him back for this discussion of his Who Is an Evangelical?, just published by Yale University Press. If you want more Kidd, he is a great follow @ThomasSKidd.

The title of your book implies that American evangelicalism is commonly misunderstood. So, who is an evangelical?

To put it simply, evangelicalism is the religion of the born again. The new birth was the main thing that was substantially new about evangelical Christianity at its founding moment in the 1740s. George Whitefield and others also put a correlated focus on the felt presence of God, or on “walking in the Spirit,” to use a biblical term they employed. One could also add attributes that are part of David Bebbington’s oft-cited quadrilateral, such as biblicism, but those attributes did not as clearly set evangelicals apart from other Christians at the time. Their biblicism took on a more oppositional character during the fundamentalist-modernist controversy starting in the late 1800s, when aversion to higher biblical criticism became another evangelical hallmark.

As I read your book, I sensed an insistence that evangelicalism means more than theologically conservative white Protestants. You discuss figures ranging from Francisco Olazábal to Tom Lin. What is the role of race within contemporary American evangelicalism?

Race is obviously a huge issue in evangelicalism, dating back to George Whitefield’s pro-slavery advocacy in colonial Georgia. But legions of non-whites, especially on the global stage, have turned the evangelical movement into a fully multiethnic, multinational phenomenon. Still, when the news media reports on “evangelicals” today, they’re usually talking about white American evangelicals, and white evangelical Republican voters, in particular. So in contemporary parlance, evangelical is commonly coded as white. White, practicing evangelicals are a declining segment of the global evangelical community, but they’re a segment with disproportionate financial resources, political connections, and partisan ambitions.

I entirely agree with you that evangelicalism is not, at its core, a political movement. That being granted, why do a vast majority of white American evangelicals consistently vote Republican? What are the most important factors here? Abortion? Race? The fact that Republican politicians make great effort to reach out to evangelicals?

All those factors are in the mix, for sure. I would note, however, that even among self-identifying white evangelicals, a strong minority still don’t vote in presidential elections, in spite of decades of messaging by Republican evangelical insiders that not voting is sinful.

Some of the progress toward the white evangelical alliance with the GOP followed broader patterns, such as the switch of the solid South from Democrat to Republican in the 1960s and 1970s. (Before that era, virtually all white southern evangelicals voted Democratic.) But I believe the sea change among white evangelicals really started with Billy Graham’s relationship with Dwight Eisenhower in the 1950s. Graham saw Eisenhower as a great anti-communist crusader, as well as someone who would foster expressions of American civil religion. Eisenhower saw Graham as someone who could help attract the burgeoning American (especially southern) white evangelical community to the Republican side.

From that point forward, the GOP has been far more assiduous in cultivating white evangelical connections than the Democrats. Especially once culture warriors Francis Schaeffer and C. Everett Koop helped to galvanize evangelical opposition to abortion in the wake of Roe v. Wade, the ingredients were in place for the white evangelical/Republican fusion that has withstood potential moments of disaffection, including the Latter-day Saint Mitt Romney’s candidacy, and of course, that of Donald Trump. 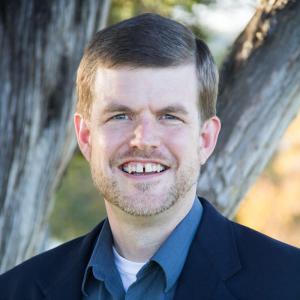 Is the marriage of white evangelicalism and Republican politics a problem? If so, why? And what, if anything, is different about this relationship than that between African American Protestants and the Democratic Party?

No churches or denominations should uncritically embrace political parties or candidates, especially when it seems patently obvious to outsiders that they are sacrificing principles and taking hypocritical stances (such as their view of the relative seriousness of sexual dalliances by politicians) in order to maintain worldly power. Like certain white evangelical critics have said about the GOP, a number of African American church leaders have suggested that they get taken for granted by Democratic leaders. These black leaders contend that they should at least pressure the Democratic Party to be tolerant of traditional Christian perspectives on abortion, or gay marriage. Among evangelicals, Latinos seem to have adopted a relatively healthy stance, as the political allegiances of leaders are more flexible from election-to-election than those of many white evangelical or black Protestant leaders.

Are evangelical churches having more difficulty attracting and retaining young members (and the children of their own members) than, say, fifty years ago?

That’s a recurrent story in religion news, but often these accounts strike me as somewhat anecdotal and impressionistic. Predictions of evangelical collapse still seem premature. When circulated by Christians, they tap into fears that date back to the jeremiad sermons of Puritan New England (“we’ve fallen away from God, are losing our children,” etc.). Many of the white majority churches in America are in fact struggling to retain and attract new generations of members, though the struggles of the mainline denominations have been (so far) much more acute than those of evangelical ones. The largest Protestant and evangelical denomination, the Southern Baptist Convention, appears to have been on a slow but not quite catastrophic decline for about two decades. The growth areas for evangelical and Pentecostal churches are among Latinos and recent immigrants from places like Africa and East Asia, however. Immigrant-led churches, as has often been the case in American history, are booming, though they are rarely noticed in public discussions of evangelicals. 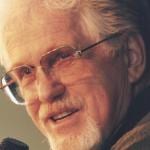