In my last post, I discussed the 1888 English novel Robert Elsmere, which was vastly influential in its time. Briefly, it describes the crisis of faith of an Anglican clergyman, who suffers a deconversion experience inspired by contemporary Biblical criticism. How does the book stand today? Have Christians come to terms with these questions? What can we learn from the book today?

Looking at the novel today, several major points come to mind. One, as I remarked last time, is the abundance of historical and critical knowledge that Victorian readers might already have been expected to possess: this information did not drop from a clear blue sky in the 1960s. Also, we see how vitally significant these issues of Biblical criticism are to undermining faith. We often read, misleadingly, that the crisis of faith in that era was primarily a response to Darwinian ideas and new discoveries about the age of the Earth, themes that (as I remarked) certainly affected the author’s circle and her family. Those insights did indeed matter, but never underestimate the overwhelming significance of those new scholarly approaches to the Bible and its authority – and above all, the pivotal issue of the Resurrection accounts. As a character remarks, how do you know they are facts? It was never just Darwin, nor was it geology.

My other thought concerns how the book’s arguments hold up today. The author, Mrs. Humphry Ward, believed, basically, that recent intellectual developments made it impossible to maintain Christian faith or doctrine in any kind of traditional form. A couple of billion people around the world today would disagree, including a great many with college degrees and scholarly backgrounds. So what happened?

In fact, many of those then-recent scholarly developments in the Victorian era have not actually held up that well. Nineteenth century higher criticism made a lot of excellent points, and also went way too far in many of its arguments, for instance in dating canonical texts. Particularly discredited are many of the anthropological arguments of the era that found myths and mythological systems everywhere, and drew really bad comparisons between Christianity and various primal or ancient systems. At best, such arguments today look badly dated. So does the vogue of that age to draw extensive comparisons between Christianity and Buddhism, and to suggest linkages and influences.

On many specific issues, more recent scholarship has tended to undermine the higher criticism of the age, and vindicate traditional interpretations. In the nineteenth century, for instance, most scholars were convinced that the Gospel of John was a very late text of Hellenistic mysticism, with nothing much to do with Judaism. The more we know – for instance, from Qumran – the more we see John as definitively rooted in the Judaism of its time, at least as much as any other part of the New Testament. It really pays to read The Interpretation of the New Testament 1861-1986, originally by Stephen Neill, and updated by N. T. Wright. A lot of ideas that are firmly in the scholarly mainstream today would have struck Mrs. Ward’s contemporaries as intolerably old-fashioned and fundamentalist.

In 1888, educated people seemed to face a straightforward choice, between serious advanced scholarship on the one hand, versus simple fundamentalist literalism. Today, a very large share of serious writing on the Bible and on Christian origins comes from people who are themselves believers, but who consistently and skillfully apply critical scholarship. Although opinions differ, many such scholars are happy to concede that specific portions of both Testaments are indeed inaccurate as detailed history or chronology, even if that does not interfere with holding to the inspired quality of the whole text. They do not need to believe (for instance) that Moses wrote the Pentateuch, or that the book of Isaiah is one integrated document dating from the eighth century BC, and even less that Joshua commanded the sun to stand still. We don’t live in a world where we are forced to choose between conventional science and young Earth Creationism, with no acceptable intermediate stages of belief.

In the New Testament, there  is a lot more understanding of the ways on which narratives form and are transmitted, which do not demand that particular Bible passages are either true and verifiable in every particular, or alternatively false and bogus. Such nuanced interpretations apply particularly to readings of the Resurrection, where most reputable scholars who are believers have no great problem in admitting and confronting contradictions within and between gospels. To that extent, the higher critics won.

But the application of such criticism has nothing like the devastating impact that it might have done in 1888. Those scholars who explore variant versions of the Resurrection are thoroughly confident in asserting the truth of that event, and all its theological consequences. In the modern context, someone like Robert Elsmere would have encountered those arguments in seminary, and they would had consequently smaller influence on his faith.

I do wonder: when people lose their faith today, how many of them do so because of discovering the findings of Biblical criticism? Put another way, is there any scholarly Biblical criticism whatever that is so severe that it could today induce a religious crisis like that suffered by Robert? Or are contemporary Christians now so flexible in such matters that they could weather any storm? In terms of reading the Bible, are there any fatal questions left? 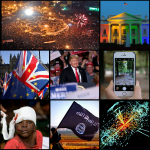 November 11, 2019 The 2010s: A Decade in Faith?
Recent Comments
4 Comments | Leave a Comment
"I just ordered Moral Minority and your own book at the same time 🤓"
Dr_Grabowski Northern Baptists (Not Just the Southern ..."
"Sir, having trouble posting here. Have you a public email address where we could talk ..."
Dr_Grabowski Northern Baptists (Not Just the Southern ..."
"It would be a really good time for evangelicals to confront their racist present, what ..."
John (not McCain) Juneteenth: A Holiday “Tailor-Made for History”
"Gene-Editing and Cybernetics are the future. With aging gone the bronze age fairy tales will ..."
AlabamaisChristianWhiteTrash The Religious History of Extraterrestrial Life
Browse Our Archives
get the latest from
Anxious Bench
Sign up for our newsletter
POPULAR AT PATHEOS Evangelical
1