The Mound-Builder Myth and the American Bible

The Mound-Builder Myth and the American Bible March 2, 2020 Philip Jenkins

Jason Colavito spends his time demolishing pseudo-science and bogus archaeology (ancient aliens, giants, Nephilim, lost Atlantis, etc). He has a very readable blog, and also publishes entertaining books that are of special interest for anyone interested in the sizable overlap between esoteric movements, fringe religion, and pseudo-science. His latest is The Mound Builder Myth: Fake History and the Hunt for a “Lost White Race” (University of Oklahoma Press, 2020).

To cut a very long story short, white settlers in the early nineteenth century US often discovered spectacular remains and mound complexes, of a very impressive scale – just look at the Serpent Mound in Ohio, Cahokia in Illinois, and many, many others.

US expansion into the Ohio country produced countless reports of the discovery of quite vast remains from the ancient mound-builder cultures, including geometric earthworks, road systems and giant carved figures – many of which were recorded, but are now lost. Together, these constituted an unimaginably vast sacred landscape. One of the most astonishing such complexes, at Newark, Ohio, became a white settlement in 1802. The following year, when Ohio gained statehood, the first capital was actually at Chillicothe, setting for still more mound remains. The Serpent Mound was first mapped in 1815. Then Americans pushed west to the Mississippi. By 1818, steamboats were sailing from St. Louis, allowing travelers easy access to such stunning treasures as the Cahokia mound complex. (See the excellent map here).

These stories circulated through newspapers, prints, and of course travelers’ tales. Nobody could doubt that America had been home to ancient settlements and even substantial cities, and everyone knew that mere Indians could not have constructed them (as of course they had). It just remained to discover which set of unknown immigrants had done the deed. And if these immigrants had once existed, clearly they did not exist any longer, so they must have been wiped out centuries ago, presumably by the ancestors of those barbarous  Indians.

Those speculations produced lots of spurious ideas about lost white races, Hebrew Lost Tribes, etc. This is the theme of Jason Colavito’s book:

Thomas Jefferson’s pioneering archaeology concluded that the earthen mounds were the work of Native Americans. In the 1894 report of the Bureau of American Ethnology, Cyrus Thomas concurred, drawing on two decades of research. But in the century in between, the lie took hold, with Presidents Andrew Jackson, William Henry Harrison, and Abraham Lincoln adding their approval and the Mormon Church among those benefiting. Jason Colavito traces this monumental deception from the farthest reaches of the frontier to the halls of Congress, mapping a century-long conspiracy to fabricate and promote a false ancient history—and enumerating its devastating consequences for contemporary Native people.

Built upon primary sources and first-person accounts, the story that The Mound Builder Myth tells is a forgotten chapter of American history—but one that reads like the Da Vinci Code as it plays out at the upper reaches of government, religion, and science. And as far-fetched as it now might seem that a lost white race once ruled prehistoric America, the damage done by this “ancient” myth has clear echoes in today’s arguments over white nationalism, multiculturalism, “alternative facts,” and the role of science and the control of knowledge in public life.

As he summarizes his work in a different setting:

A series of hypothetical “true” and largely white Mound Builders found popularity at varying times. These included Aryans, Egyptians (imagined as white), Toltecs (then wrongly assumed to be white), Jews, the antediluvian giants from the Bible, Phoenicians, Vikings, Romans, the Spanish, and, most prominent of all, a primeval lost white civilization of that had been killed off when savage Native hordes invaded their all-white paradise only a few centuries before the contact period. While many of these hypotheses originated among provincial gentry, they found their way to the highest levels of American society. William Henry Harrison (1838) was a believer in the Mound Builder myth, particularly in its potential to justify evicting Native peoples from their land, and delivered a speech on the subject that was published as a book. Andrew Jackson (1830) cited the lost race of Mound Builders in his 1829 State of the Union Address, setting out the policy that would become the 1830 Indian Removal Act. Abraham Lincoln (1853) even wondered in awe at the mounds because he thought them filled with the bones of a race of giant humans that had been mentioned in the Bible.

Officials in every walk of American life, from small-town mayors to governors, congressmen, cabinet secretaries, and even presidents all saw proof in the mounds that white men were the first to colonize America, which therefore belonged then and forever to the white race. In this, they were aided and abetted by scholars, laymen, and clergy, all of whom joined in an informal project to remake America’s prehistory into something they believed would rival the long, imperial tradition of Europe and thus put America on equal footing with the Old World.

American prehistory was effectively whitewashed. It’s precisely the same mindset that led generations of white academics to debate for generations which lost people build Central Africa’s spectacular Great Zimbabwe remains, before concluding that, of course, black Africans themselves were responsible.

However ridiculous such ideas might seem today, it is important to recognize just how very mainstream they were at the time, and how they shaped people’s attempts to fit American realities into the Biblical vision. Jason Colavito is an excellent researcher, with a good eye for archives.

On another matter, Jason reports that he is doing a major work on the development of ideas about the pyramid legends, and the strong overlap with Enochian legends. I’m very much looking forward to that. 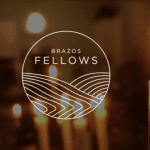 March 3, 2020 Reimagining a History PhD--Doing Academia outside of Academia
Recent Comments
0 | Leave a Comment
Browse Our Archives
get the latest from
Anxious Bench
Sign up for our newsletter
POPULAR AT PATHEOS Evangelical
1

How My Faith in Christ Shapes My View...
Adrian Warnock is asking how we see mental illness and how our...
view all Evangelical blogs
What Are Your Thoughts?leave a comment
Copyright 2008-2020, Patheos. All rights reserved.