Through my decade or so at Baylor, I have on several occasions offered my graduate course on Global/World Christianity, and I am doing it again presently (albeit with some unexpected difficulties now we are starting to teach remotely and on line!). In some ways, this Global topic has become a lot more difficult, as the available literature has grown so dramatically during the present century, and the range of debates and issues has expanded accordingly. No one course, seriously, can hope to offer any kind of comprehensive coverage – and in fifteen weeks! So what do I do? Here is my own personal solution to the problem. Obviously, someone else equally qualified might design a totally different course, with completely different approaches, and that would also be fine.

My syllabus gives the list of set books and readings, which are at the center of any course like this. I’m drawing on just a wonderful list of scholars – Dana Robert, Brian Stanley, Xi Lian, and other usual suspects. I deliberately try to use books that reflect a wide range of approaches and genres – a general survey, a microhistory, a biography, some fiction, etc. (See below for my complete listing)Of course, when I require a book for a course, it does not mean that I agree with its approach and conclusions entirely in every detail, but just that I think it makes a significant argument that demands to be discussed. You’ll also notice that for several classes, I give my students lists of questions that should help them through the various readings.

So what are the key themes and questions that I think someone discovering this area needs to understand? Do note that this is a History course, and that shapes my selection of issues and material. Something covering strictly contemporary subjects would be very different in appraoch.

One involves what we might call the deep history of Christian expansion, of the global church. Even today, when many Christians hear the word “missionary,” they are thinking of the eighteenth and nineteenth centuries. Of course, missions are central to the whole two thousand year history of the faith, and throughout that story, we find very similar themes – and even plenty of the same arguments about the best way to advance the cause.

So in different times and places, how did Christianity spread? When we hear about mass conversions, what drew people to respond to the missionary message? What messages attracted and inspired listeners, and which repelled? These various books tell us so much about their reasons for accepting or rejecting the new faith. So often, we see people attracted by the Christian promise of healing – healing in mind, body and society.

Another key question: how deep or sincere were conversions? After conversion, what were the main problems that churches and missions faced in tending their new flocks?

Church growth is a critical part of the story. Just as interesting – and often heart-breaking – why did missions fail, and why did even whole missions collapse? Tragically, that is also part of the global story.  That is the main theme of my Lost History of Christianity, which is one of the set books.

Throughout the course, I look at the effects of conversion, the means by which ordinary people took these radical new teachings to heart, and converted them into their own cultural forms. And once they did that, what was the social impact of those changes? Is Christianity a message of conservatism, of social radicalism, of liberal reformism, or all at once? Repeatedly, we find those Christian churches giving voice to hitherto excluded groups, giving them voices they never had hitherto.

Commonly, that impact comes in the form of new access to literacy and education, a potent vehicle for that global Christian Revolution.

Movement – not just migration strictly defined, but the many and varied means by which people travel between lands and cultures. The tension between intentionality and accident (Providence) in Christian growth.

Three very large concepts, but all essential, particularly in driving the movement of peoples. How far does or did each advance the cause of Christianity, or impede it?

The more we look at these books and the story they tell, also, the more centrally we see the impact of conversion and church expansion on women. Time and again, women emerge as key mission leaders, as the writers of hymns and new Christian literature, and the builders of social ministries. Global Christianity is a women’s movement or it is nothing.

*The Tension Between Global and Local Forces

Growth and adaptation at the margins, and the spread of ideas into the mainstream. Ever-shifting mainstreams.

Throughout the course, we also face a persistent question: how far can the written sources on which we rely tell us about the spiritual changes that ordinary believers experienced? Is it possible to understand the attitudes of ordinary people who were at the receiving end of these missionary attentions?

So as an agenda, that is neither modest nor moderate. But it tries to ask some core questions.

As promised above, here is my list of set books:

Henrietta Harrison, The Missionary’s Curse and Other Tales from a Chinese Catholic Village (Berkeley: University of California Press, 2013).

Philip Jenkins, The Lost History of Christianity: The Thousand-Year Golden Age of the Church in the Middle East, Africa, and Asia-and How It Died (San Francisco: HarperOne 2008)

Melani McAlister, The Kingdom of God Has No Borders: A Global History of American Evangelicals (New York: Oxford University Press, 2018)

Mark Noll, From Every Tribe and Nation (Baker Academic 2014). 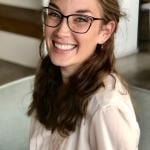 March 18, 2020
A Tale of Three Kates: Authors, Wives, and the Precarity of Protestant Women
Next Post

March 20, 2020 Martyrdom and Modern Christian History
Recent Comments
0 | Leave a Comment
Browse Our Archives
get the latest from
Anxious Bench
Sign up for our newsletter
POPULAR AT PATHEOS Evangelical
1