The Pestilence That Walks in Darkness

In 1874, legendary Baptist leader Charles H. Spurgeon, the “Prince of Preachers,” published a commentary on Psalm 91, under the title “The Privileges of the Godly.” That psalm famously includes the lines

Surely he shall deliver thee from the snare of the fowler, and from the noisome pestilence ….

Thou shalt not be afraid for the terror by night; nor for the arrow that flieth by day;

Nor for the pestilence that walketh in darkness; nor for the destruction that wasteth at noonday. …

Thou shalt tread upon the lion and adder: the young lion and the dragon shalt thou trample under feet.

A German physician was wont to speak of [Psalm 91] as the best preservative in times of cholera, and in truth, it is a heavenly medicine against plague and pest. He who can live in its spirit will be fearless, even if once again London should become a lazar-house, and the grave be gorged with carcasses.

A lazar house or lazaretto is a quarantine place, originally for lepers. Now that’s a timely image. (By the way, there is an interesting recent post on Spurgeon’s reaction to the actual cholera outbreak that occurred in London in 1854).

I have long followed the uses and readings of Psalm 91, and on occasion I have even contemplated writing a whole book-length history of how the psalm has resonated in different eras. There is just so much material. In various ways, it has been one of the most quoted texts from the Bible, and that is true now more than ever, around the world.

The story goes back to the New Testament. Cast yourself down from this high place, said the Devil to Jesus in the Wilderness. Don’t you know the scripture?, asked Satan. God’s angels will protect you, so that you won’t dash your foot against a stone. Satan is quoting Psalm 91, but modern readers will not appreciate the multiple ironies of the passage. Already in Jesus’s time, that very psalm had long been one of the most powerful weapons in the arsenal of Jewish exorcists, because it was meant to drive demons away. Qumran texts call for it to be “sung over the possessed,” and later Rabbinic texts call it a “song for the possessed.” In the Wilderness instance, shockingly, the devil himself is quoting it. It is rather like seeing a modern day cinematic vampire waving a crucifix, or gargling holy water.

For many centuries, Psalm 91 has supplied both Jews and Christians with a refuge in time of trouble of all kinds, including supernatural assault, deadly plague, and worldly violence. It imagines the believer surrounded by threats, but nevertheless passing through unharmed, defended by angels. Thus girded, the faithful would encounter supernatural enemies, yet remain secure. As the psalm declares

I will say of the Lord, He is my refuge and my fortress: my God; in him will I trust.

That verse gave Martin Luther the basis for the hymn “Ein feste Burg ist unser Gott,” arguably the greatest work of its kind from the Reformation era, and the anthem of German Protestantism through the centuries. The hymn’s verses include multiple references to that theme of resisting and combating Satan and his demons.

Through much of Christian history, the psalm retained that element of exorcism, of spiritual warfare, and by extension, of healing. “A thousand may fall at your side, ten thousand at your right hand, but it will not come near you.”

For obvious reasons, this is also known as the Soldiers’ Psalm. It was massively used in the First World War, when it acquired a whole body of legend and mythology:

I found a story circulating that tells of a Brigade commander in WWI who gave a little card with Psalm 91 on it to his men who were in the Brigade of the same number – 91st Brigade. They agreed to recite this daily. The story goes that after they started praying this prayer they were involved in three of the bloodiest battles in WWI yet suffered no casualties in combat despite other brigades suffering as much as 90%.

In the standard version of this much-told tale, the soldiers were US, and the three battles were Chateau Thierry, Belleau Wood, and the Argonne. But that is only one story of many, which have found a whole new life on the Internet. Psalm 91 materials, cards, and memorabilia continue to circulate, and were popular in Vietnam, and the war in Iraq.

After the attacks of September 11, you could see bumper stickers of U.S. flags with the words PSALM 91 printed across them. Athletes also cherish its words. So do those setting out on a long journey.

The psalm has acquired a whole new life in the churches of Christian Africa and Asia, which find a powerful resonance in the promise of protection from spiritual evil. Even the reference to serpents has an additional power in tropical regions where snakes and other deadly creatures are a far more familiar quantity than in the North, giving a special relevance to the comparison with diabolical forces.

The African love affair with Psalm 91 can be traced back to the ancient Coptic churches. St. Antony, the third-century Egyptian founder of monasticism, used the psalm to scatter those demonic enemies who manifested as lions and serpents. 1,700 years later, modern Africans likewise treasure the text. In the words of the Africa Bible Commentary (2006),

Danger can be very real in Africa. Many face threats from natural forces like the heat and from human sources such as civil wars and riots. This psalm speaks of God delivering us from danger and gives us an assurance of finding our protection and salvation in him.

The psalm is everywhere in African life, and it is still used for exorcism and spiritual protection, with the written text  serving as a kind of amulet. As Nigerian scholar David T. Adamo notes, the Bible offers many promises of protection, “but in Psalm 91 all the promises seem to be brought together in one collection, and forming a covenant.” The phrase “I pray Psalm 91” over a particular city or nation has become a natural reflex to disaster.

And as for us in the Global North, as we face our present crisis? From many examples, here is Gordon Robertson praying Psalm 91 on CBN. Here is New Zealand pastor Brian Tamaki assuring his listeners that

for Bible-believing, born-again Christians who pay their tithes, God assures them protection from the virus in Psalm 91. … You will not fear the terror of night, nor the arrow that flies by day, nor the pestilence that stalks in the darkness, nor the plague that destroys at midday. We needn’t fear it.

When President Trump proclaimed yesterday a National Day of Prayer, his statement included the declaration that “As we come to our Father in prayer, we remember the words found in Psalm 91: He is my refuge and my fortress: my God; in him will I trust.”

Such readings do pose a real question for Christians, or for believers of any kind. If a government minister or church leader in 2020 said anything like Spurgeon did so confidently in 1874, that person would be mocked and denounced so hard that they would be instantly driven from public life. We don’t believe the myth of the 91st Brigade (for one thing, there never was a 91st Brigade in US forces in that war). But is there no role whatever for prayer in such circumstances? If we do pray from protection from plague or war or disaster, do we think we are really making a difference to the outcome of the crisis in question? If we pray Psalm 91 – or any form of words – do we think it makes a difference, against war, or terrorism, or coronavirus? If we don’t think so, why do we do it? What do we actually believe about the nature and function of prayer?

That is quite a fundamental question for the nature and purpose of religion in a scientific society that knows something about the actual workings of viruses or bacteria.

A global history of Psalm 91 would actually represent an excellent summary of some critical themes in Christian history, of ideas about healing, possession, angelic powers, and spiritual evil – themes that are far from extinct. As we live through the dreadful pandemic crisis, I will be watching closely to see how that ancient psalm acquires ever more relevance, and more adherents. 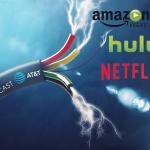 March 14, 2020
Binge Watching With The Anxious Bench
Next Post 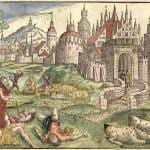