Melville’s CLAREL and the Crisis of American Faith

I have been posting about how American poetry can serve as a rich primary source for historians, and especially for those approaching religious themes. Exhibit A in this story is Herman Melville’s 1876 epic Clarel, which is extraordinarily useful for anyone interested in the spectrum of American religion in the nineteenth century. For reasons I will explain, this blogpost is a sadly inadequate introduction to the work, or rather, an encouragement to go make your own discoveries. I hope this is a fair assumption, but I believe that few historians will actually have read Clarel, unless they are specialists in the American literature of the period.

At first description, Clarel seems too good to be true. It grew out of Melville’s visit/pilgrimage to Palestine in 1857, and it reflects the range of people and ideas that he encountered. The result is a dazzling story of different sects and faiths meeting in the context of the Holy Land, which among other things tackles Jewish-Christian interactions intelligently and knowledgeably. Clarel is easily accessible online. and you can find a really useful guide to the work.

As the characters travel to various places, their conversations offer insights into what educated people thought about the Bible and critical approaches to it at that era, the Higher Criticism. The poem cites the books of David Friedrich Strauss and Ernest Renan. Throughout, the poem addresses faith and its challenges, at a level scarcely tackled in subsequent literature, and it really is one of the most important religious explorations in the whole American tradition. In the US context, it is doubly striking that it appeared as early as 1876.

The problem is that the whole of Clarel is immense to the point of overwhelming, running to 18,000 lines (lines, not words), in 150 cantos. That makes it much longer than (say) Milton’s Paradise Lost. The verse also offers a stumbling block for modern readers, who are much more comfortable with prose, and with the novel as a form. It was by no means an easy task for Melville himself. As his wife complained,

If ever this dreadful incubus of a book (I call it so because it has undermined all our happiness) gets off Herman’s shoulders I do hope he may be in better mental health―but at present I have reason to feel the gravest concern & anxiety about it―to put it in mild phrase.

Let me say right away that the quality of the poetry is open to debate. I quote from a brutal recent review by Colin Burrow in the London Review of Books (paywalled):

To give Clarel its due, it is a work of huge ambition, which tries to explore the nature of varying shades of Christianity and other faiths in depth and detail. But it is also, sadly, an outright, relentless, irredeemable stinker of a poem. Its tetrameters feel like tourniquets to thought, making its veins stand out and its circulation fail … Oodles of Miltonic exoticism … aren’t enough to give it intellectual colour.

That is on the harsh side, but the basic point is fair.

For multiple reasons, Clarel had a limited impact on its first appearance and was not rediscovered until the 1920s, and only in quite recent times has it been acknowledged as an essential part of the Melville canon. Still, that meant “essential” for literary scholars, rather than for historians. We can only imagine how it might be read today if it had been constructed as a novel, which it easily could have been – it has all the familiar features that we would expect, in terms of characters, plot, dialogue, and so on.

Please take the following as a very crude sketch of the work, and a hint of what nuggets it offers.

In short summary, Clarel represents what a smart and highly educated American saw when he looked around at the religious scene in his country at the time. The hero, Clarel the theology student, is the prime observer, based on Melville’s younger self. He encounters various other characters, and serves as a conduit for their exchanges and arguments. Nehemiah is a fervent Rhode Island evangelical, what would later be called a fundamentalist, filled with fiery zeal to convert the Jews, and bring in the End Times. Vine is a more educated and thoughtful observer (likely based on Nathaniel Hawthorne).

Rolfe is a harsher skeptic, who mocks attempts to find reliable truths at a time when scholars and scientists are demythologizing everything, even the moon and stars. The moon is no goddess, but an ill-formed rock floating in space. So why should the Bible be exempt from the debunking critiques already applied to Roman history by incisive scholars like Barthold Georg Niebuhr?

That stable proof which man would fold, ⁠
How may it be derived from things
Subject to change and vanishings?
But let that pass. All now’s revised:
Zion, like Rome, is Niebuhrized.
Yes, doubt attends. Doubt’s heavy hand ⁠
Is set against us; and his brand
Still warreth for his natural lord–
King Common-Place–whose rule abhorred
Yearly extends in vulgar sway,
Absorbs Atlantis and Cathay; ⁠
Ay, reaches toward Diana’s moon,
Affirming it a clinkered blot,
Deriding pale Endymion.

…
Then tell, tell then, what charm may save
Thy marvel, Palestine, from grave
Whereto winds many a bier and pall
Of old Illusion? What for earth? ⁠(I.34)

Zion, like Rome, is Niebuhrized. Why should Christ’s reported words in Jerusalem be treated as any less mythical than anything reported in the ancient legends of Troy? (I.33) These were all troubling questions for Americans with the slightest acquaintance with contemporary European, and particularly German scholarship. Geological themes also recur, and the idea that the planet’s extreme antiquity made it impossible to accept the literal Creation account in Genesis (II.19).

Just how extensive the intellectual revolutions of that era were is hard to overstate. A famous passage in The Education of Henry Adams notes that

In essentials like religion, ethics, philosophy; in history, literature, art; in the concepts of all science, except perhaps mathematics, the American boy of 1854 stood nearer the year 1 than to the year 1900. …. Speaking as an American of 1900, he had as yet no education at all.

The Bible is an antique Volume -Written by faded Men / At the suggestion of Holy Spectres (#1545).

Characters like Rolfe and Nehemiah might initially seem like conventional types of faith and skepticism. But what are we to make of Nathan (I.17) who appears as an American convert to Judaism? Descended from Puritans, he grows up on an Illinois farm where his Christian faith is progressively destroyed. One critical part of the story is the discovery of an old Deist book:

A book all but forsaken now
For more advanced ones not so frank, ⁠
Nor less in vogue and taking rank;
And yet it never shall outgrow

He experiments with Mormonism, but is soon disillusioned, and comes to scorn their sacred text as a “rank fable”:

a sect about him stood
In thin and scattered neighborhood; ⁠
Uncanny, and in rupture new;
Nor were all lives of members true
And good. For them who hate and heave
Contempt on rite and creed sublime,
Yet to their own rank fable cleave— ⁠
Abject, the latest shame of time;
These quite repelled, for still his mind
Erring, was of no vulgar kind.

He ultimately meets and marries a Jewish woman, and duly converts.

I stress here that Nathan is not a central character of Clarel, nor is his back story essential to understanding the larger narrative. He is the focus of one canto out of 150. But throughout the book, we repeatedly find these vignettes about contemporary American faith, and about believers.

To take another topic that runs through the work, Clarel exists in a highly cosmopolitan world where he encounters multiple other faiths, either directly, or through reading, as in the case of Buddhists and Hindus. As he contemplates the commonalities of those believers, he realizes how similar they are, and grasps the “intersympathy of creeds” (I.5). That was a common discovery among American intellectuals of the era, as they explored Asian texts and scriptures, and in the process discovered comparative religion. A canto of Clarel is devoted to the Indian god Rama (I.32). Like Clarel himself, many went on to ask how Christianity could stake any unique claim to truth or revelation. Running through the poem is the whole question of the Bible, and how far it could be received as literal truth.

Those threats to faith could take many forms. Clarel discovers the diary of growing doubt kept by a friend

with the heart to brave
All questions on that primal ground
Laid bare by faith’s receding wave. ⁠(I.19)

Like so many contemporaries, Clarel too has his moments of doubt, before his faith is reaffirmed, and then challenged once again. With access to so many religious and philosophical systems so easy, conversion to other ways of belief becomes easy, and commonplace. Faith is in constant flux.

In an age of so many scientific discoveries, when underwater telegraph cables were spanning the globe, creating a kind of Victorian Internet, why could God not give humanity more direct proofs of his existence and his commands? As Clarel takes part in Pentecost day processions in Jerusalem, he wonders:

From slopes whence even Echo’s gone,

Wending, he murmurs in low tone:

“They wire the world–far under sea

They talk; but never comes to me

But what would the world be without faith? Later sections of Clarel imagine the consequences of doubt and secularization, and how they might lead to chaos and even destructive revolution. Undoubtedly, Melville is here thinking of the recent Paris Commune (1871) and its atrocities against the church and clergy. “Woe ⁠To us; without a God, ’tis woe!” (IV.20)

I have mainly been focusing here on the first canto of four. Reasons of length discourage further description, but I hope I make my point about just how much is here waiting to be read and discovered. 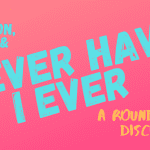 June 25, 2020
Religion, Race, and "Never Have I Ever": A Roundtable Discussion
Next Post

June 29, 2020 Consolation in a Time of Plague
Recent Comments
0 | Leave a Comment
Browse Our Archives
Related posts from Anxious Bench