A Tale of Two Kings: Reflections on MLK in the Wake of the George Floyd Riots

A Tale of Two Kings: Reflections on MLK in the Wake of the George Floyd Riots June 2, 2020 Chris Gehrz

Thanks to my colleague Sara Shady for sharing this powerful response to the killing of George Floyd and the unrest that has followed in Minneapolis, St. Paul, and other cities around the country. Sara is professor of philosophy at Bethel University and co-author of From Bubble to Bridge: Educating Christians for a Multifaith World (IVP Academic).

I am a privileged white woman. I am also the mother of a black son. For the last week a film has been running through my mind in which the face of George Floyd is replaced by the face of my own son, and I hear my son’s voice calling out for his mother. My entire body physically shakes in fear and rage, and I want to scream and smash things.

I am a privileged white woman. I am also the mother of a white son. For the last week, I have not been able to see a film in my mind in which the face of George Floyd is replaced by the face of my own son, and I do not hear his voice calling out for his mother. I feel pain for George Floyd’s mother, but without the ability to see my son in this version of film, I do not physically shake in fear and rage. Although I feel guilt, the desire to scream and smash things is not immediately present.

I see the current situation of protests and rioting erupting across the nation through two different lenses. I understand the desire to destroy until someone finally listens and something finally changes. I also understand that destruction seems to only make things worse, creating more distrust and deeper divides, and deflecting attention away from the injustice at the center of the protests and riots.

During the last week I have regularly come across social media posts quoting Dr. Martin Luther King, Jr. as having said “a riot is the language of the unheard.” I began to wonder why King, famous for his nonviolence, was seemingly endorsing riots. After researching the origins of the quote, I found that King’s position was much more complex. He also saw through two different lenses.

What King actually said about riots, in a version of his “The Other America” speech given at Stanford University in 1967, is this:

Let me say as I’ve always said, and I will always continue to say, that riots are socially destructive and self-defeating. I’m still convinced that nonviolence is the most potent weapon available to oppressed people in their struggle for freedom and justice. I feel that violence will only create more social problems than they will solve. That in a real sense it is impracticable for the Negro to even think of mounting a violent revolution in the United States. So I will continue to condemn riots, and continue to say to my brothers and sisters that this is not the way. And continue to affirm that there is another way.

But at the same time, it is as necessary for me to be as vigorous in condemning the conditions which cause persons to feel that they must engage in riotous activities as it is for me to condemn riots. I think America must see that riots do not develop out of thin air. Certain conditions continue to exist in our society which must be condemned as vigorously as we condemn riots. But in the final analysis, a riot is the language of the unheard. And what is it that America has failed to hear? It has failed to hear that the plight of the Negro poor has worsened over the last few years. It has failed to hear that the promises of freedom and justice have not been met. And it has failed to hear that large segments of white society are more concerned about tranquility and the status quo than about justice, equality, and humanity. And so in a real sense our nation’s summers of riots are caused by our nation’s winters of delay. And as long as America postpones justice, we stand in the position of having these recurrences of violence and riots over and over again. Social justice and progress are the absolute guarantors of riot prevention.

King admonishes us that, regardless of one’s position on how to enact change, the need for change is undeniable. The speech, as a whole, is a demand for a radical transformation of America’s socio-economic structures. It describes two Americas: one “overflowing with the milk of prosperity and the honey of opportunity,” and one where people “find themselves perishing on a lonely island of poverty in the midst of a vast ocean of material prosperity.” Two different Americas still exist today; each of my sons lives in one of them.

In the last five decades, MLK has been viewed through two different lenses. Many Christians look to King not only for wisdom, but for comfort. We focus on images like this photo of King leading a peaceful march in the mid-1960s:

But, we cannot forget that King actively sought to break unjust laws. We must also see him like this, as the target of anger and violence:

“The Other America” speech cannot be comfortably swallowed. In reality, none of King’s words should be read with ease. And yet, Christians readily quote from his “Letter From a Birmingham Jail” about the need to be thermostats instead of thermometers, and we acknowledge that the church needs to do better than merely reflect the status quo. We still dream along with him for a world in which children are not “judged by the color of their skin but by the content of their character.” But, we (myself included!) all too often fail to act upon his words. Perhaps, because doing so would radically alter our world.

I’m afraid too many Christians want King’s words, but not the actions they prescribe.

It is always much easier to believe than to act. My own scholarship is deeply rooted in the work of Martin Buber, a 20th c. Jewish philosopher and activist. Although Buber is most famous for his early I-Thou philosophy, the bulk of his writings seek to foster communities that cross significant differences amidst histories of oppression. Buber understood that in order to accomplish this, we must be willing to act. As stated in his essay “Education and Worldview”: “Certainly what one believes is important, but still more important is how one believes it.”

It is not enough to believe that George Floyd was unjustly killed. What is important is how we believe it.

We cannot simply believe that King’s words are wise and true, without figuring out how to believe them. In a recent blog post, Austin Channing Brown challenges us to “Trouble the Narrative” of MLK.  Although we seek his wisdom in times like this, we have to be honest about whether or not we really want to put his words into practice. As Channing Brown reminds us, “since MLK was assassinated we have no idea what he would think about the fact that cops are still killing Black civilians in 2020.” Perhaps the frustration and exhaustion over the lack of progress made in 50 years would lead him to change his stance on nonviolence. At the very least, he would not be content with a response that goes no further than social media posts. We must remember that King’s words were never safe. He was also a black man unfairly killed by a racist society that didn’t want to change. Another mother of a black son was left with pain, rage, and fear. How many black sons have been killed since King? How many more will we allow to die?

Regardless of one’s position on rioting as a response to injustice, Christians must not ignore the systemic problems that create injustice. It is not enough to acknowledge the need for justice, we must learn how to believe it. The most important thing for us to remember from the legacy of MLK is that justice will never be found by maintaining the systems that have oppressed, to exhaustion and death, generations of persons of color. In a powerful letter to white clergy, written 57 years after “Letter from a Birmingham Jail,” Rev. Jim Bear Jacobs challenges the church once again to do more than endorse the status quo:

When white people cry for peace it is too often an appeal to silence Black anger to make room for White comfort. We don’t need peace. We don’t need things to return to normal. Normal is what got us here. We need leadership that will bravely face the truth of our white supremacist society and commit to change it. We need white people to get comfortable with dis-comfort. We need many things, but we do not need a superficial peace. For if you declare a shallow peace without the depth of justice; without the upheaval of systems created to intentionally suppress Black and Brown people; the prophet Jeremiah again warns of your awaiting fate. “So, they will fall among the fallen; they will be brought down when I punish them, Says the Lord.”

For many of us, the how of belief starts with the uncomfortable task of really listening to King, perhaps for the first time.

June 3, 2020 “All the Order for Us and All the Law for Them”
Recent Comments
0 | Leave a Comment
Browse Our Archives
get the latest updates from
Anxious Bench
and the Patheos
Evangelical
Channel
POPULAR AT PATHEOS Evangelical
1 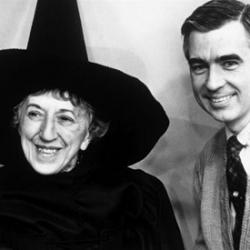 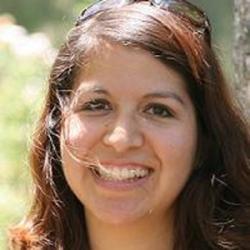