I am going to address a really sensitive issue involving the question of how and when people of moral and ethical sensibilities, whatever their faith tradition, should be engaged in war, and even more controversial, how they should actually go about fighting it. Was there ever a time when such religious and ethical people could ever, ever, have considered using nuclear weapons? I am going to suggest that yes, there was, in one particular strictly limited historical context. In that one instance, using the weapons saved a great many lives, far more than it cost.

Over the coming week, we are going to hear a great deal about the dropping of atomic bombs on Hiroshima (August 6, 1945) and Nagasaki (August 9). Despite the strong military justifications for the attack (for which see below), the suffering caused to non-combatants was horrendous. Many people believe the decision to launch those attacks was a moral, ethical, and religious catastrophe, which profoundly blurred the lines separating the Allies and Axis in the Second World War. I disagree with that position. Yes, Hiroshima should be always in the minds of policy-makers, to prevent nightmares like that ever occurring again. But in the context of 1945, using those atomic bombs saved lives – millions of them. Was the United States right to use the bombs? I think so.

Was Japan About to Surrender Anyway?

I stress that because of the misinformation that is often circulated concerning alleged Japanese plans to surrender even without the bombs. At some point in these debates, you undoubtedly hear the following gem quoted, from the US Strategic Bombing Survey, SBS, reporting in the immediate aftermath of the conflict:

Based on a detailed investigation of all the facts, and supported by the testimony of the surviving Japanese leaders involved, it is the Survey’s opinion that certainly prior to 31 December 1945, and in all probability prior to 1 November 1945, Japan would have surrendered even if the atomic bombs had not been dropped, even if Russia had not entered the war, and even if no invasion had been planned or contemplated.

This statement is nonsense: it is factually false in every particular. The SBS did indeed report as much, but largely for their own partisan reasons. Above all, they desperately wanted to preserve the existence of a separate US air arm after the war, and so they absolutely needed to minimize the effects of the atomic bombs, which would have made existing war plans obsolete overnight. They made many such claims that, to say the least, were far from accurate.

Based on the evidence available at the time, that statement about potential surrender was neither accurate, or close to accurate, and it would not be upheld by many reputable historians today. As more sources have come to light since the war, especially in Japan itself, the more outlandish the SBS claims appear.

Much of the confusion involves the definition of terms like “surrender.” The Japanese did indeed float various schemes to end the war, but on terms that were totally unacceptable to any Allied power. Among other things, these schemes involved no occupation, no dismantling of militarism or imperialism, and no punishment of war criminals. There would be no penalty for all the savage crimes committed in China, the East Indies, and elsewhere, which had murdered millions. Then, after a hiatus of a couple of years, Japan would be set to launch its next wave of aggression. They were clearly not talking “surrender” in any sense of the term we might recognize.

Let me give an analogy. Suppose that in late 1944, Nazi Germany had suggested peace terms that involved keeping their existing borders as they were at that point. The regime would remain in place indefinitely, with its military intact, and presumably mass killings would continue. Oh, and by the way, we will be continuing our noble efforts to free Europe of Jews. Would anyone on the Allied side have tolerated such an outcome?

The distinguished historian Paul Fussell wrote tellingly that “the degree to which Americans register shock and extraordinary shame about the Hiroshima bomb correlates closely with lack of information about the Pacific war.” Indeed.

Could the Allies Have Ended the War by Invasion?

No atomic bombs, no Japanese surrender. We now have plenty of testimony on both sides to make that absolutely clear. So what were the alternatives? What if the war had carried on through, say, late 1946?

Invasion was impossible. The planned U.S. invasion of Kyushu (Operation Olympic) in late 1945 would have been one of the greatest catastrophes in military history, not least because the Japanese knew precisely where and when it was coming. They were exceedingly well prepared, with fleets of thousands of suicide bombers. The planned follow-up attack on Honshu in 1946 (Coronet) would never have happened because the U.S. military would have effectively have been destroyed. If you want a sense of the cataclysmic nature of the war as it was raging in 1945, see the harrowing recent study of the Okinawa campaign in Saul David’s Crucible of Hell: The Heroism and Tragedy of Okinawa, 1945 (Hachette Books, 2020).

Quite apart from the Japanese, the great typhoon of October 1945 would have smashed the U.S. invasion fleet before it got close to the beaches. That typhoon caused enough havoc anyway, in our real world history, but fortunately the Pacific War had already ended.

The sometimes quoted estimate of 30-40,000 U.S. fatalities resulting from such an invasion is a joke, a figure cooked to persuade the administration that General MacArthur should be allowed to get away with a piece of monstrous stupidity.

Could the Allies Have Ended the War by Conventional Bombing?

According to war-plans and contingency thinking at the time, the only realistic U.S. response at this stage would have been to firebomb the 1946 rice harvest. By credible estimates, the resulting famine would have killed at least several millions. Reinforcing that campaign would have been further fire raids on Japanese cities, like the one on Tokyo in March 1945, Operation Meetinghouse, which killed a hundred thousand people. The weapons used included the newly discovered and deployed napalm. The outcome was not quite in the league of the atomic bombs, but it is very close, and that was just one night.

Although the Tokyo fire raids are well known, we often forget that other cities burned almost as severely – Nagoya, Kobe, and Osaka in March, and then Yokohama and Kawasaki. Apart from the dead and maimed, millions were homeless. From June onward, fire raids were directed against smaller and midsize communities.

In the United States, such attacks caused no obvious moral qualms, to say the least. At random, I happen to have the typical front page of a local Pennsylvania newspaper in May 1945, which headlines

TOKYO GOES UP IN FLAMES AFTER BIG RAID: PALACE IS DESTROYED

Jap Radio Tells of Devastation on Big Sections of Capital

CITY SCORCHED TO THE GROUND

Raids on Japan Will be Double Those on Nazis.

The Costs of Not Ending the War

Meanwhile, there is another point that for me is decisive. When we consider the toll of not dropping the bombs, we must remember the millions of civilians who were actually dying under Japanese occupation in China and Indonesia throughout 1945, and we should continue counting the deaths that would have occurred at that rate through 1946. Nothing was going to stop that, short of the total destruction of Japanese war-making capacity.

Add to this the murder of all Allied POWs in Japanese hands, as the Japanese had ordered in the event of a direct attack on the mainland. Put those figures together, together with likely Japanese fatalities, you get about ten million dead – and that’s a conservative figure. The vast majority of those additional deaths would have been East and South-East Asians, mainly Japanese and Chinese.

The political consequences are also horrible to contemplate. If it had turned out that tens of thousands of American soldiers were being killed while the U.S. was failing to use a war-winning weapon, Harry Truman would certainly have faced impeachment, if not assassination. I semi-joke that the Secret Service would likely have led the angry mobs into the Oval Office.

It should also be stressed that the Hiroshima attack had a clear military justification. As an intellectual exercise, here is an alternative way of reporting the upcoming anniversary, and every statement in it is factually correct:

Seventy-five years ago this month, US forces attacked one of Japan’s prime military targets. In a single air attack on the headquarters of the Second General Army, the US killed upward of ten thousand Japanese soldiers and military personnel, possibly twenty thousand. In terms of damage inflicted on combatant enemy forces in a single day, that was one of the great achievements of modern military history.

The target was so critical because Second Army was central to the country’s defense against any potential US invasion, whether or not that was a realistic prospect. That Army, under its commander, Field Marshal Hata, had an appalling record of war crimes and mass murder against Chinese civilians.

What Were the Realistic Alternatives?

I understand why well-intentioned people like to think that Japan was on the verge of surrender, so that the nuclear option could have been avoided. It would have made the ethical debate so clean and simple. But no, sorry, that was just not a viable option, and much harder decisions had to be made.

Here is a serious question that I do not ask in any tone of sarcasm. Given the world as it existed in early- or mid-1945, what would an appropriate Christian response have been to the ongoing war? Or if not Christian, what about any of the other great ethical or religious traditions? Saying, “Well, we certainly wouldn’t have done that!” does not count as an answer. So, no nukes, but a lot more napalm? No nukes, but mass starvation? What?

I am expanding this post from a column I published for ABC (Australia) Religion and Ethics in 2016.

July 31, 2020
Why Hagia Sophia Is Going Back To Being a Mosque
Next Post 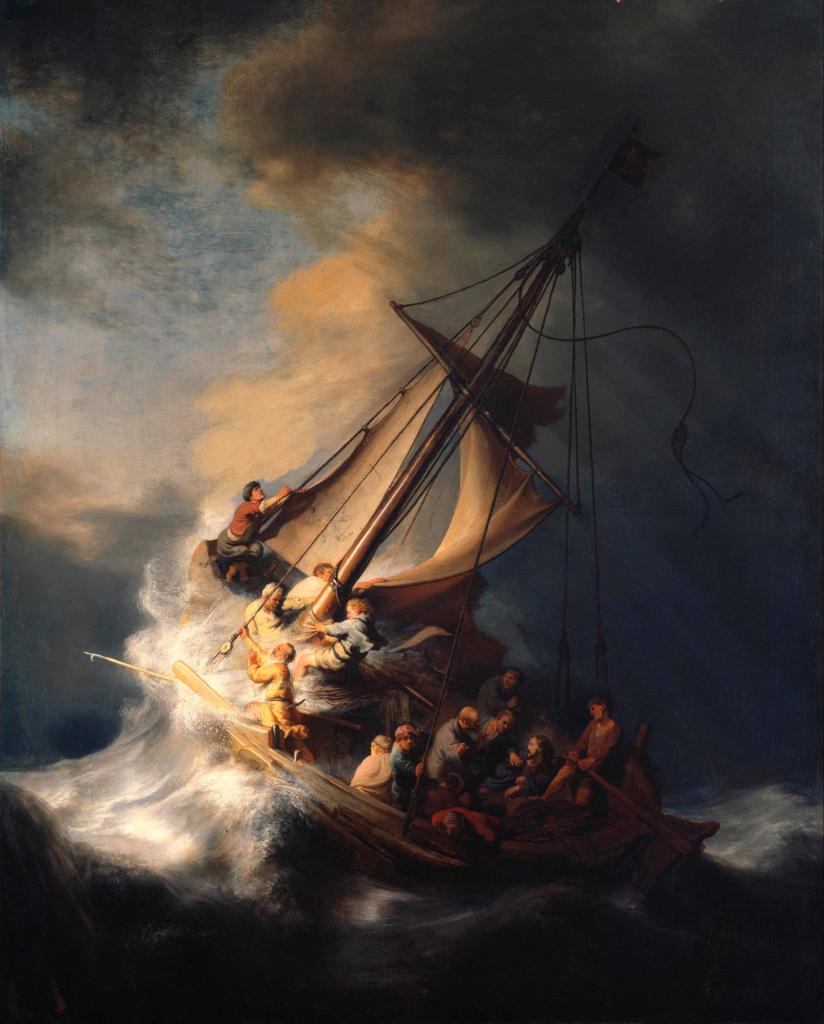