The Nightmare Before Halloween

I love Halloween, and I love horror fiction. One of the most powerful and evocative contributions to both areas is a lengthy poem that is now regarded as one of the greatest exemplars of modern poetry in the British Isles. As we approach Halloween, it amply repays your attention.

The poem is the Ballad of the Mari Lwyd, published in 1941 by Wales’s Vernon Watkins (1906-67). The Ballad takes as its subject a startling ritual that long prevailed in Welsh rural areas at New Year or Christmas. Groups of men would go door to door in costume, following the Mari Lwyd, a kind of hobby horse with a horse’s skull. They would sing and recite poems, engaging in rhymes and competitions with householders, but the basic goal was to be given food or drink. And definitely, alcohol was involved throughout.

Although this spooky custom was long regarded as an ancient pagan survival (and it might indeed be so) it is only documented from the 1790s. The Mari Lwyd came close to extinction in the early twentieth century, but it has since revived and become popular once more. Ironically, that revival has only been made possible by the preservation of some of the old rhymes and rituals by Puritanical clergy who were furiously trying to suppress the custom as a pagan abomination. In its modern guise, the Mari Lwyd is much more conspicuously neo-pagan, with strong borrowings from films like The Wicker Man. (See images here).

Full disclosure: the custom’s main regional areas of popularity were, and still are, within twenty miles or so of my birthplace.

The Mari Lwyd is a symbol of the turning of the year, when living and dead encounter each other, and some writers think the custom might have been displaced from an older association with Samhain, Halloween. I personally think we might have gone too far in recent years in rejecting the ancient roots and pagan origins of such things, but let me just state the case and leave it there.

Vernon Watkins’s phenomenal poem is in fact more of a dramatic production, with assigned parts for speakers, and choruses. Rowan Williams calls it “one of the outstanding poems of the century, [which] draws together the folk-ritual of the New Year, the Christian Eucharist, the uneasy frontier between living and dead, so as to present a model of what poetry itself is – frontier work between death and life, old year and new, bread and body.” It is an incredible achievement in terms of its metrical quality, and its importation of intricate Welsh verse-forms into English. I do not attempt here to expand upon Williams’s analysis, but rather to point readers to the poem itself, and to suggest it as deeply appropriate reading for the season. You can download it full text here. (Note that this downloads a pdf facsimile of the original).

In a way, the poem makes the New Year event sound more like a Mexican Day of the Dead, as the dead return to the homes. But it is more frightening than that quite benevolent celebration, in that the Welsh dead are back to judge the sins of their successors, who remain in terror under a kind of siege. It is a thoroughly liminal work, about the thin borders separating living and dead.

Mari Lwyd, Horse of Frost, Star-horse, and White Horse of the Sea, is carried to us.

They strain against the door.

They strain towards the fire which fosters and warms the Living.

Go back. We have heard of dead men’s bones

That hunger out in the air.

Jealous they break through their burial-stones,

Their white hands joined in a prayer.

They rip the seams of their proper white clothes

And with red throats parched for gin,

With buckled knuckles and bottle-necked oaths

They hammer the door of an inn.

A horse’s head in the frost.

Out in the night the nightmares ride;

And the nightmares’ hooves draw near.

Dead men pummel the panes outside,

And the living quake with fear.

To the limit where terrors start,

Where the dead and the living find again

They beat with the selfsame heart.

In the coffin-glass and the window-pane

You beat with the selfsame heart.

‘None can look out and bear that sight,

None can bear that shock.

The Mari’s shadow is too bright,

Her brilliance is too black.

None can bear that terror

When the pendulum swings back

Of the stiff and stuffed and stifled thing

Gleaming in the sack.’

Hark at the hands of the clock.

Ideal for the Halloween season, I think. And in its sense of doom and approaching menace, it’s also quite appropriate for our imminent election day.

By the by, T S Eliot read and annotated a draft of the poem, which he praised highly, although he worried that some readers might find it “forbiddingly Welsh.” I think he meant that as something bad. 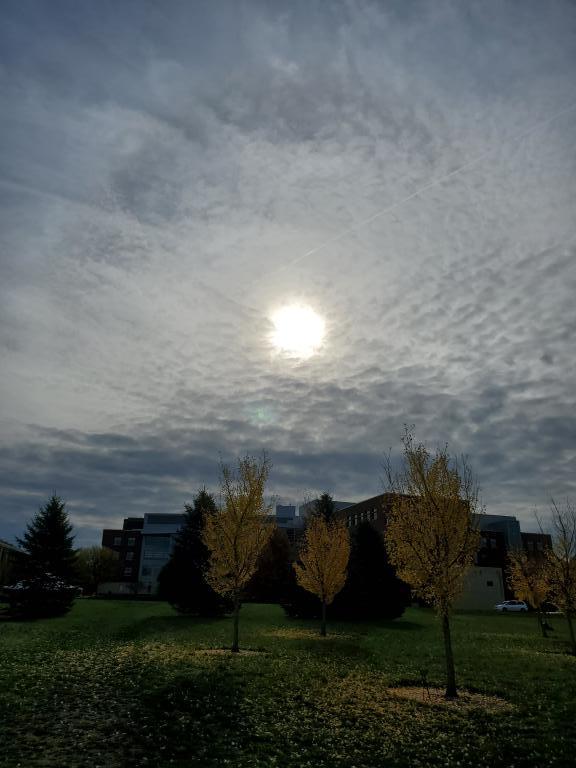 This is a seasonal reprint and adaptation of an earlier article of mine at this site. The sinister photographs are my own work.

October 29, 2020
Evangelicalism Is Not Rounding the Corner
Next Post

November 2, 2020 On Catholic Social Encyclicals (and the Election)
Recent Comments
2 Comments | Leave a Comment
"Independents are just lazy and ignorant, especially of economics."
Roger McKinney Neither Democrat Nor Republican: The New ..."
"Supporters of queer/trans people are the true haters. Love wants the best fir the one ..."
Roger McKinney Neither Democrat Nor Republican: The New ..."
"The chapter on wralth and poverty is awful. It's another non-economist advertising his ignorance of ..."
Roger McKinney Biblical Authority amidst American Christian Division: ..."
"Regarding the claim that egalitarianism leads to endorsement of LGBT, the Assemblies of God has ..."
Brian Roden It’s a Small, Small Complementarian World ..."
Browse Our Archives
get the latest updates from
Anxious Bench
and the Patheos
Evangelical
Channel
POPULAR AT PATHEOS Evangelical
1